City leaders gathered to plead for order as 'chaos' spreads in downtown. 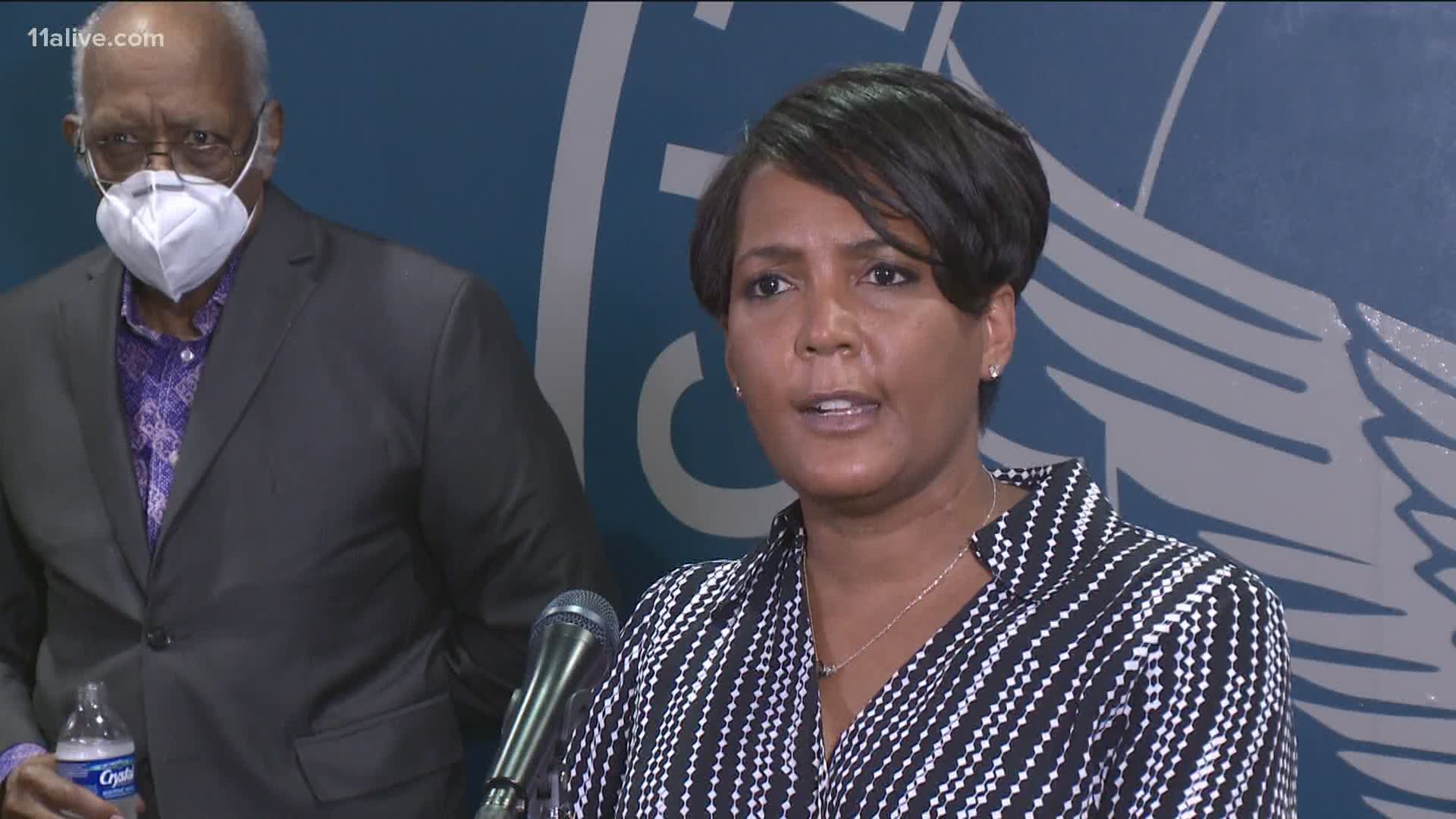 As fires burned in downtown Atlanta and tear gar billowed through the streets, city leaders and influencers held a press conference at City Hall.

Atlanta Mayor Keisha Lance Bottoms said that after hours of mostly peaceful protests of the deaths of George Floyd, Breonna Taylor and Ahmaud Arbery, it was time for Atlanta to go home.

In a passionate address, she talked about how these deaths affected her as a mother.

“When I saw the murder of George Floyd, I hurt like a mother would hurt,” she said. “You’re not gon' out-concern and out-care me about where we are in America. I wear this each and every day, and I pray over my children each and every day.”

The mayor said she was disappointed in what happened after some protesters began throwing things at police officers and damaging property.

“What I see happening on the streets of Atlanta, is not Atlanta. This is not a protest. This is not in the spirit of Martin Luther King, Jr. This is chaos," Bottoms said. "A protest has purpose. When Doctor King was assassinated, we didn’t do this to our city.”

"If you care about this city, then go home," she said.

Atlanta rappers and influencers T.I. and Killer Mike were at the press conference. They own several businesses on the west side of the city.

“When you burn down this city, you’re burning down our community,” the mayor said.

She said the vandalism to the CNN Center and Atlanta Police cars became a distraction.

“We’re no longer talking about the murder of an innocent man. We’re talking about how you’re burning police cars on the streets of Atlanta, Georgia. Go home!” she pleaded.

When T.I. took the mic, he referred to Atlanta as the mecca and said she deserves better.

“This city don’t deserve this. However, I understand that a lot of others do. But, we can’t do this here," he said. "This is Wakanda. This is sacred, it’s supposed to be protected.”

Killer Mike through tears started by saying, “I didn’t want to come, and I don’t want to be here.” He said many of his family members are police officers, including his father, who is an officer for Atlanta Police.

“I’ve got a lot of love and respect for police officers,” he said. Killer Mike talked about Atlanta’s rich civil rights history and how everyday Atlanta citizens were alongside those famous civil rights leaders marching for change.

He said that although he’s angry about these deaths, responding with violence in the streets is not the way to gain justice.

Instead of burning buildings, Killer Mike said, “We want to see the system that sets up for systemic racism burnt to the ground.”