The Civil Rights living legend expressed his disappointment in the violent turn the march. 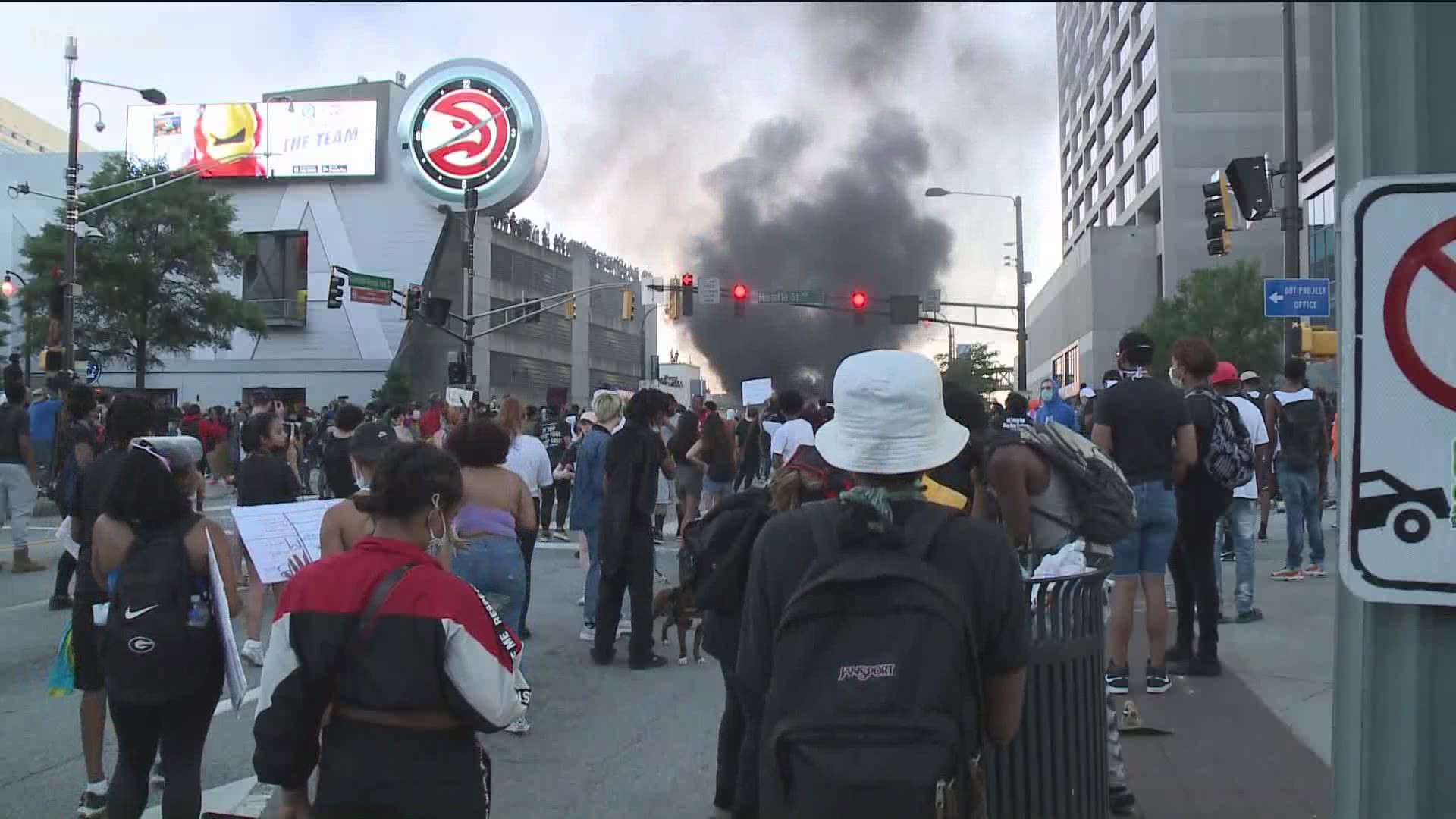 ATLANTA — A Civil Rights hero and Atlanta legend condemned the violence that erupted during what had been a peaceful demonstration in the wake of the killings of three black Americans.

Ambassador Andrew Young said he was disappointed that the protests in Atlanta had "gotten out of hand" thanks to the actions of those he described as "hoodlums."

"It just disintegrated in to foolishness, and it's going to hurt the cause instead of helping it," Young told 11Alive during a live broadcast interview.

Young said he had largely been pleased with the tone of the early moments of the demonstration, when it was a gathering between multiple races and multiple generations.

As the evening wore on, however, protesters smashed police cars, set one on fire, marched onto the interstate, smashed windows and vandalized the outside of the CNN Center in Downtown. Young said that kinds of violence does not get the message across.

"The quieter and calmer the demonstration, the more powerful and effective it is," Young said. "It was a terrible thing that happened in Minnesota, but one policeman should not be able to destroy Atlanta. We've worked too hard."

Young recounted how he took part in a march in St. Augustine, Florida, during his years in the Civil Rights era in which marchers were met by the Klan. He said instead of engaging them with violence in return, they chose to sing - a peaceful tactic that he said ultimately led to effective change in Congress.

"That is not what we saw today. We saw a bunch of clowns showing off," Young said. "Everything that they are enjoying down there, were fought for."

Young praised the restraint shown by the Atlanta Police Department, by both officers and its Chief Erika Shields for largely keeping the crowd in check and allowing the protesters space to express their displeasure.

He said if he weren't in his later years, we would be out there with the protesters. Still, Young urged those hungry for progress to continue to push peacefully for change. Most of all, he said he remained optimistic about the future.