'Loss for words' | Atlanta reacts to death of Chadwick Boseman

Ludacris wrote he was at a 'complete loss for words' at news of the 'Black Panther' star's death Friday night. 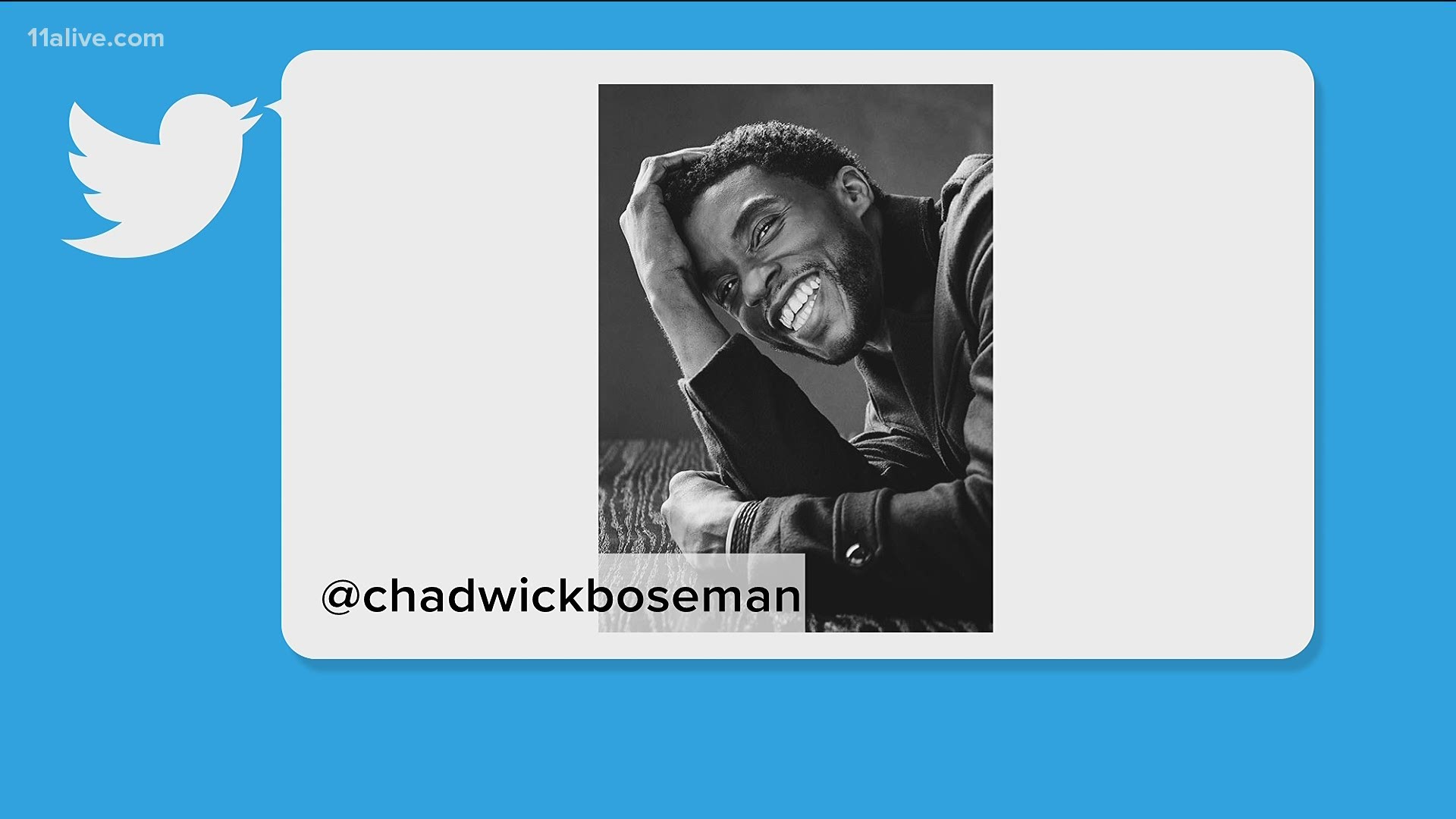 ATLANTA — As the outpouring of grief at the unexpected news of his death Friday night made clear, Chadwick Boseman left an impact across the country and world.

Atlanta was no exception. He filmed his most iconic role, "Black Panther," here, a city that styles itself (rightly or wrongly) as the real-life version of Wakanda.

Ludacris, the cultural spokesman for Atlanta, voiced the city's pain over the loss of Boseman, writing on Instagram: "Devastated and at a Complete Loss For Words 👑 R.I.P."

A number of other Atlanta luminaries offered their tributes and shared their hurt at the passing of the 43-year-old following a four-year-long battle with colon cancer, which had never been publicly revealed.

Just met you for the first time at all star... never stopped having this smile on your face...," Atlanta Hawks star Trae Young said in a tweet. Rapper and humanitarian 21 Savage also expressed his disbelief on Twitter, writing: "Wow Chadwick Boseman ???? F*** 2020."

Just met you for the first time at all star... never stopped having this smile on your face... 😭😭🙏🏽 https://t.co/aYxDjEJHuV

Bernice King, the daughter of Martin Luther King, Jr. and CEO of the King Center, wrote of how many people Boseman had touched, and how profoundly he had influenced them:

"Artists bring us experiences and invite us into their worlds of expression. Don’t belittle a person mourning someone they never 'met,'" King wrote. "We met Chadwick in the worlds to which he invited us. And we mourn."

Artists bring us experiences and invite us into their worlds of expression.

Don’t belittle a person mourning someone they never “met.”

We met Chadwick in the worlds to which he invited us.

In one of Boseman's iconic roles, he played James Brown in the 2014 movie, "Get On Up," which also filmed in Georgia. The James Brown Family Foundation, based in Atlanta, said it was establishing an annual scholarship in his honor and issued this statement on his passing:

On behalf of the family of Godfather of Soul, Mr. James Brown and the James Brown Family Foundation, we send our deepest condolences to our brother in spirit Chadwick Boseman’s family and fans.

Boseman portrayed our father in the autobiography film “Get On Up” in 2014. The James Brown Family Foundation states, “We looked forward to working with Chadwick in the future to further our father’s legacy to document the ending of his life from where the movie left off.”

In addition Deanna Brown-Thomas and Dr. Yamma Brown, President and Vice-President of the foundation states, “We are at a lost of words at the moment. Chadwick did our dad justice in the film and it was a joy to work with him during our New York, Atlanta, and Augusta movie premiere of the film.”

The Brown family had an opportunity to spend a weekend with Boseman prior to the completion of “Get On Up” to learn more about their dad and some of his iconic moves and his distinctive voice. In honor of Chadwick Boseman and his contributions to our family, we are happy to announce an annual scholarship to one deserving student to continue his legacy in arts and music education.