'So extraordinary on so many levels' | Atlanta remembers the life of C.T. Vivian

Vivian, a Civil Rights icon, died on Friday at 95. 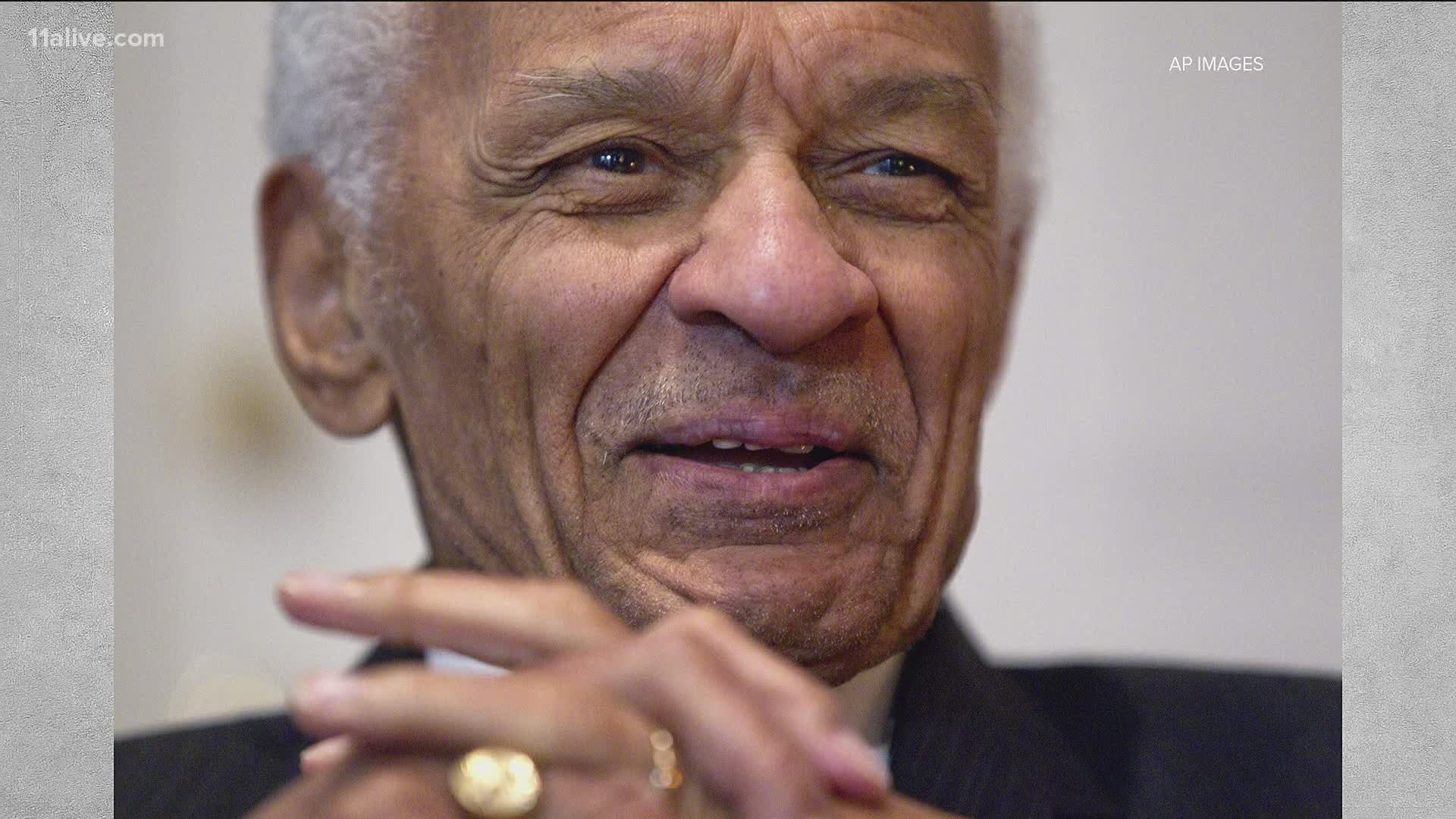 In this city, he will long be remembered as someone who lived a life "so extraordinary on so many levels."

Those were the words of 11Alive Anchor Jeff Hullinger, who saw over many years Vivian's influence on Atlanta and who had the privilege to once meet him.

Vivian moved to Atlanta in the 1970s and founded a program, Basic Diversity - now run by his son Al Vivian - that continues to this day, conducting diversity trainings and battling racism. His teachings, Jeff said, were life-changing.

"It challenges each individual, Black and white, about race and about their thoughts and perceptions and conceptions on race. It's a really revolutionary kind of training that is life-changing for those lucky to go through it," he said. "It will make you think in ways you never thought you would about race and about the immorality of racism."

In a statement, his children remembered Vivian as a man whose work has made him "beloved by all mankind."

"The family is heartbroken at the loss of our father, but proud of his life-long work to free America from its tradition of racism, hate and violence," the statement said. "He loved all mankind and will be missed. Rev. Vivian was preceded in death by his wife of nearly 60 years, Octavia."

Others remembered him as a towering figure in the fight for justice.

On Twitter, Bernice King, the daughter of Martin Luther King, said, "You gave so much to make us better. I’m grateful and I will miss you."

Wow. You gave so much to make us better. I’m grateful and I will miss you. #CTVivian pic.twitter.com/IGJx2lpuK2

Mayor Keisha Lance Bottoms paid tribute to Vivian as well on Twitter, writing: "Our city and nation lost an incredibly kind and courageous man today. May the lessons of love, leadership, and reconciliation taught to us by C.T. Vivian continue to rest and abide in our hearts and minds, today and always."

Our city and nation lost an incredibly kind and courageous man today. May the lessons of love, leadership, and reconciliation taught to us by C.T. Vivian continue to rest and abide in our hearts and minds, today and always. pic.twitter.com/fIuRMOLaiV

Dr. Charles Steele, Jr., the current national president of the SCLC, said in a statement: "He was an icon; an American hero and human rights legend. C.T. had the intellect, the non-violence training, the courage and a compelling, convincing and winning personality that helped to change America. Dr. Vivian's pioneering civil rights leadership will always be reverently remembered."

Rev. Raphael Warnock of Atlanta's Ebenezer Baptist Church, where King once preached, called Vivian "one of the finest human beings I have ever know."

"A gentle giant of a man, he stood on courthouse steps, literally staring down faces that were filled with hatred while affirming his humanity - and theirs. A saint and a soldier in the nonviolent army of the Lord, Dr. Vivian seamlessly embodied courage and vulnerability; confidence and humility. And oh, that smile! The incredible laughter while recalling stories of his confrontations with death!" Rev. Warnock said. "Whenever I spent time with C.T. Vivian, I sensed that I was walking with a man who walked with God. He was not anxious or afraid. This morning he winked at death while his smiling face touched the face of God. Well done, servant, well done.”

Atlanta Councilman Michael Julian Bond, the son of the Civil Rights luminary and NAACP Chairman Julian Bond, who worked closely with Vivian, said he was "possessed of an indomitable fearlessness and tremendous raw courage."

"He continually sacrificed his life on behalf of all others in the struggle for freedom. He was a dear friend of my father and became a mentor and friend to me," Bond said. "I extend my deepest condolences to the Vivian family, civil rights community, and all those who love freedom around the world who are mourning his tremendous life, and this devastating loss. May he rest in peace.”

"Our community, nation and world has lost a giant in the Civil Rights Movement, who never stopped fighting for justice," wrote Melanie Campbell, the president and CEO of the National Coalition on Black Civic Participation (and Clark Atlanta graduate). "Rest in peace and power."

A release by the C.T. and Octavia Vivian Museum and Archives described him as an "American hero who dedicated his life to the Civil Rights Movement as an advocate for non-violent action, working closely with Dr. Martin Luther King Junior and Julian Bond."

In 2013, he was awarded the Presidential Medal of Freedom by President Barack Obama.