Atlanta residents: Throw street racers in jail, impose heavy fines, then force them out of town

A coalition of neighborhood groups representing thousands of Atlantans is calling on the city to crack down on illegal street racing. 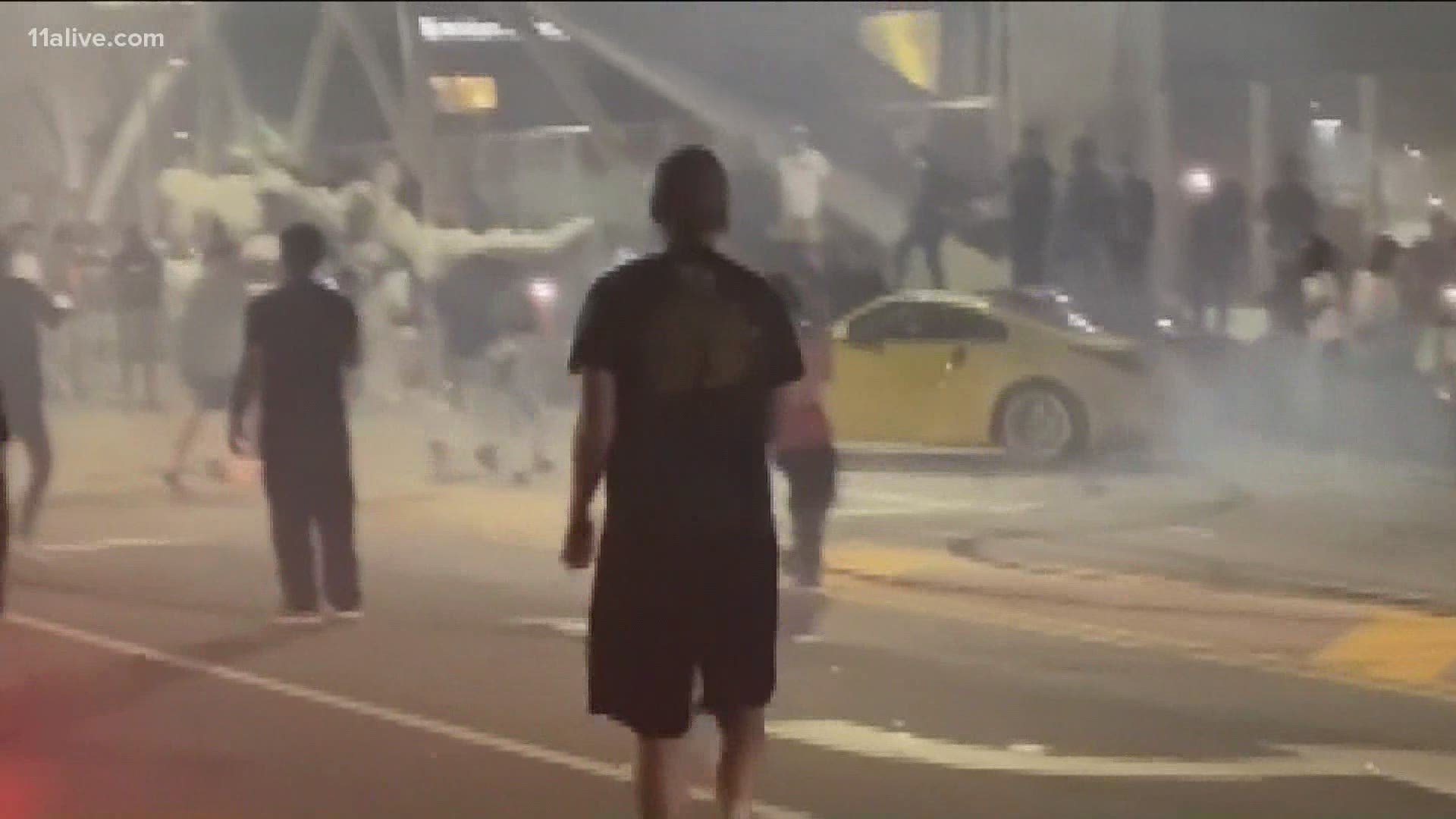 Some 80,000 Atlantans live in Buckhead. And the Buckhead Council of Neighborhoods has come up with a proposal that residents hope will do more to get rid of the street racing.

As it is, late at night on the streets across metro Atlanta-- on weekends, especially-- hundreds of people are likely to pop up anywhere, shutting down traffic and swarming around stunt drivers who are showing off what they can do.

Atlanta police, racing to break up every pop-up street party they can, make arrests and impound vehicles, and try to send a message to stop, or else.

“Street racers have been causing chaos throughout the city,” said Amber Conner at the meeting. “Not to mention gunshots and fireworks this past two weekends.”

Residents of Buckhead, members of the Buckhead Council of Neighborhoods, are now calling for even tougher penalties, city wide, and even more aggressive police enforcement.

Thursday evening, nearly 200 residents attended a Zoom meeting of the Buckhead Council of Neighborhoods, supporting a plan to be submitted to the Atlanta City Council.

It includes proposed penalties of a $1,000 fine for the first offense, and $500 for each offense after that, against everyone involved—organizers, all occupants of the vehicles, and spectators; mandatory jail for repeat offenders; and mandatory seizure of the offenders’ vehicles.

The initial proposal calls for impounding the vehicles for at least 14 days, and at the meeting residents found out that the city is seeking legal approval for an impoundment of 30 days.

It costs $175 to retrieve an impounded vehicle, plus $25 for each day that the vehicle has been on the impound lot. A 30-day impoundment would cost the owner $925.

“I know it’s kind of hard to see, but we are making things more difficult for them,” Senzer said, even with, he added, the on-going challenges from the virus, and civil unrest, and officers leaving the department.

Residents discussed at the meeting that many of the street racers are making money at it from sponsorships, based on how popular their videos are on social media.

Residents hope the city council will enact the tougher penalties, to force the street racers to find another venue, out of town.