Asian American community in metro Atlanta come together after deadly spa shootings, despite fear and anger 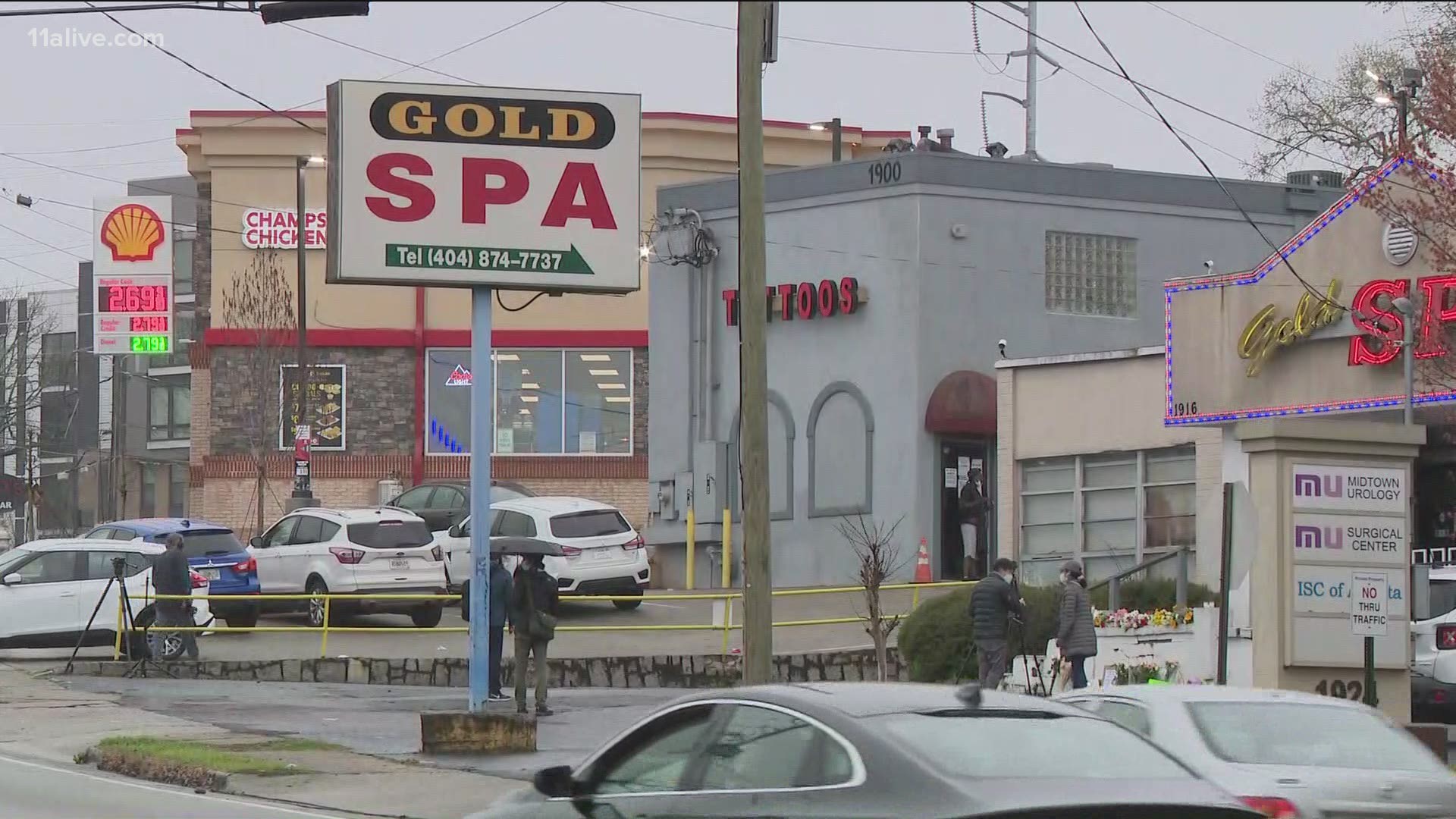 ATLANTA — The shootings at three metro Atlanta spas that left eight people dead - six of whom were Asian women - have Asian Americans in metro Atlanta worried.

“Why is this happening? Why are we being targeted?” asked Ching Hsia, who owns a Chinese restaurant in Doraville with her family.

It’s a question on the minds of Asian Americans in Atlanta.

“I feel angry and also scared at the same time," she admitted. "Me, my mom, and my sister – we’re here managing the restaurant and we’re Asians, minorities. It can happen to anyone."

Her anger and her fear is shared with others in the Asian American Pacific Islander (AAPI) community around the metro.

Just two weeks ago, Somethida Siharath found an Asian racial slur spray painted on her car after leaving a movie theater in Gwinnett County. No one’s been arrested.

“Now, I have to be more cautious because this is like, escalating to a bigger problem. Now, it’s really happening here,” Siharath said on Wednesday.

Community organizers and political leaders hear that fear and worry, and right now, are coming together to find the best ways they can support the victims, their families, and those living in fear.

“It feels like in all fronts, we are afraid,” said Kavi Vu, a Georgia native and community organizer. "We are afraid for our lives, for our businesses, for our community. So, we were on a community call today just trying to figure out how we can support the victims."

The Asian Americans Advancing Justice Atlanta organization released a statement condemning the shootings and voicing support for the victims: “When our most vulnerable community members are targeted, we all need to band together.”

“I’ve been here for more than 30 years. I basically grew up here. This is my home and this shouldn’t happen to anybody,” she said.

Georgia State Rep. Marvin Lin from the 99th District said right now, the priority should be to help the victims and their families.

“What’s coming next is for state leaders and others in the community to ensure that our voices are being heard in the larger dialogue about what’s happening with violence towards minorities,” he said.

Representative Lim said he and other AAPI elected officials are fighting for Asian Americans at a state level, making sure they’re heard and protected.

“We’re there for you," he promised. "We’re trying to do everything we can and we empathize with everything you’re going through. We’re heartbroken and confused as well."