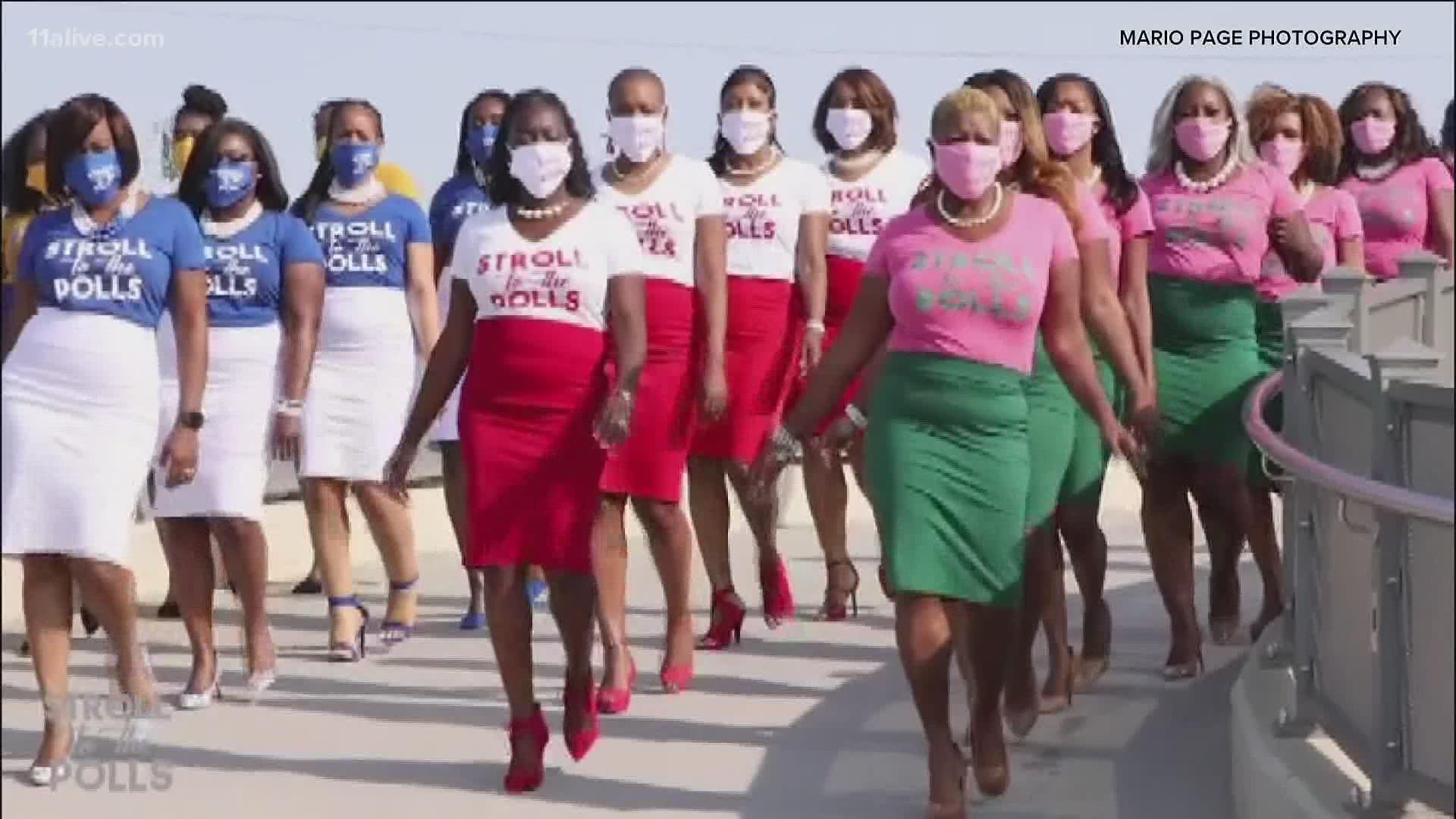 ATLANTA — There's always some friendly competition between sororities, but something and someone has pulled members of these historically Black Greek-letter organizations together - and it's for an online campaign that's gone viral.

Early voting for the November presidential election is underway and Democratic vice presidential candidate Kamala Harris is a member of one of those organizations.

For those not familiar with Black Greek letter organizations, when you join, whether in college or after, it's a lifetime commitment. The work and service don't stop after graduation.

That's why one woman came up with an idea to get people moving, get people politically active, and bring people together called Stroll to the Polls.

It started with a moment - the selection of California Senator Kamala Harris as the Democratic vice presidential nominee.

During her acceptance speech, Harris spoke of her biological family, but also of her chosen family, her sisters of Alpha Kappa Alpha Sorority Inc., also known as AKA, and other historically Black Greek organizations, known as the Divine Nine.

Maisha Land, a member of AKA, wanted to build on that historic moment, with the organization's tradition of strolling.

So, what exactly is strolling?

Members of Divine Nine organization form a line and move forward using the same dance or motions, hence "Stroll to the Polls."

"It was only supposed to be four of us, four or five. It grew into over 20 women because people were just so excited," said Land.

She owns the Gems of Georgia Dance Studio in Southwest Atlanta and united her own sorority sisters with members of Delta Sigma Theta Sorority Inc., Zeta Phi Beta Sorority Inc., and Sigma Gamma Rho Sorority Inc., for weeks of practices to put together what became a viral series of images and videos online.

People across the country, including celebrities, have shared the images and videos. It was even mentioned on the television show, The View.

"Never in one million years would I have ever thought that this would be a banner, a flagship for voting!" she said.

While the Divine Nine organizations don’t support individual political figures, they have always cultivated political engagement as non-profits, and their members play a big role in elections.

The Center for American Progress said Black women are one of the most active voting blocs in the United States.

Recently, Black women were credited with saving Joe Biden's presidential hopes, carrying him to a momentous win in the South Carolina Primary.

Land said the success of the Stroll to the Polls campaign shows unity among greek sororities and the excitement of getting involved in the political process - especially among Black women.

"We can get the job done and it shows that Black women are always engaged," said Land. "That culminates into something fantastic for our country, our family, for our community."