UrbanHeatATL is tracking the range of city temperatures, exploring how heat extremes disproportionately affect the most vulnerable 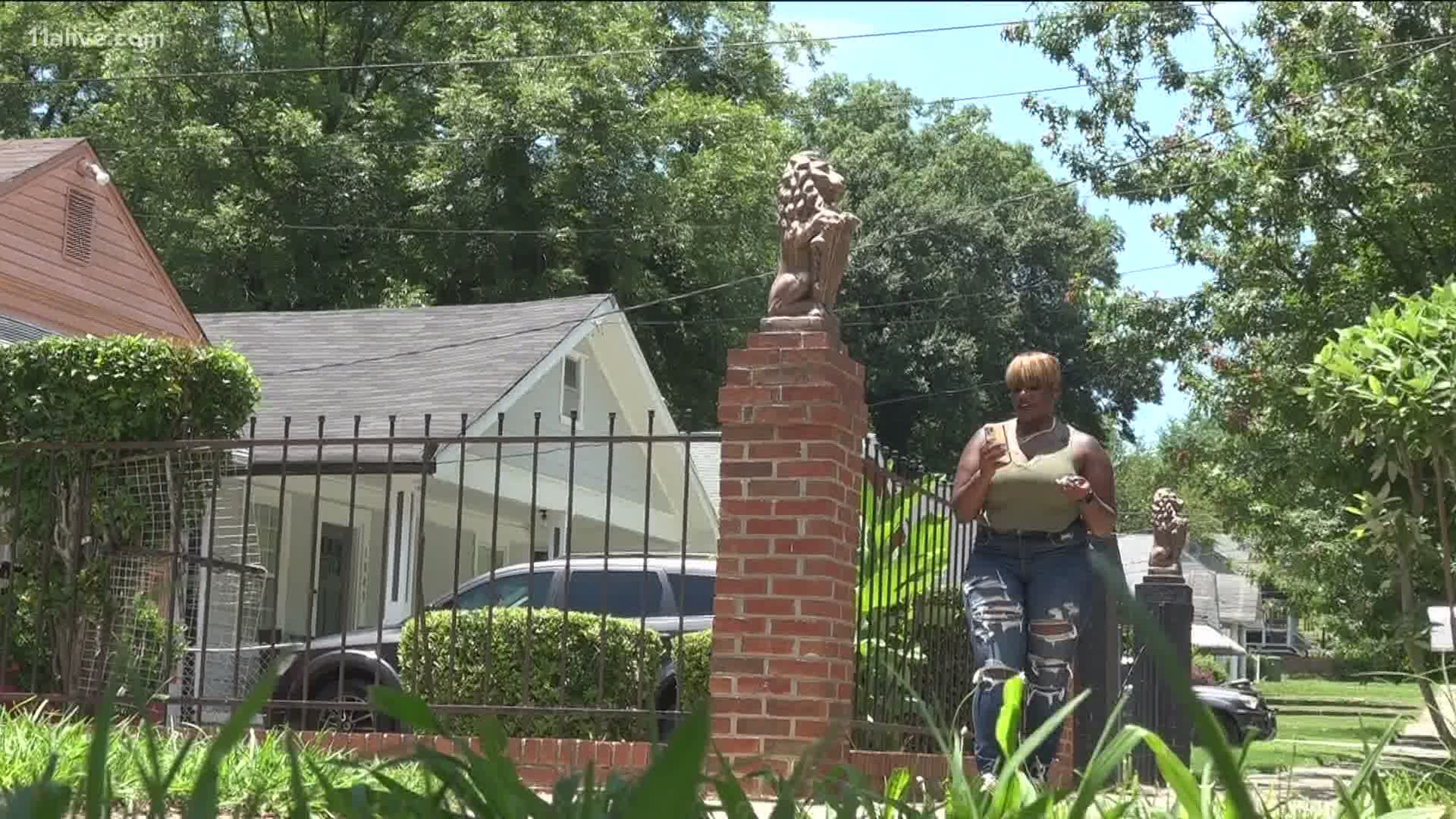 ATLANTA — Staying cool as temperatures rise can be a struggle during Atlanta's summer. Now Georgia Tech and Spelman College scholars are teaming up to take a closer, scientific look at the impact of high city temperatures and why some neighborhoods feel the heat more than others.

"I usually take my sensor with me," Griffin explained as she stopped to document temperature and pertinent factors like the presence of tree canopy coverage. "I usually go for five to ten minutes," she said. "[The temperature] is still going up as we speak."

Students and community trackers have been tracking temperature over several months, and plan to continue through the hottest months of summer, when urban heat islands are the most pronounced.

"We're trying to better understand the urban heat island phenomenon in Atlanta," Dr. Na'Taki Osborne Jelks, an assistant professor of environmental health sciences at Spelman, said. "We're trying to understand where there are pockets of extreme heat, where temperatures are higher in parts of the city."

The project utilizes high tech sensors so students like Griffin and Simrill Smith can measure temperatures in various parts of the city.

"One time, I looked at the weather app, and it was 90 degrees, but it was over 95 where I was walking," Smith said, pointing to the impact of concrete surfaces when it comes to such variations.

Ultimately, that data is transmitted via student cell phones, compiled, and shared online, giving researchers a snapshot of what different neighborhoods experience and how heat extremes can disproportionately affect the most vulnerable.

"We have a lot of concrete. We have a lot of surfaces that help trap heat," Dr. Jelks explained. "Also, we have to be concerned about those populations that have been made to be most vulnerable to extreme heat. We could have people living in areas where there isn't air conditioning or it isn't working."

Yasamin Khorashahi, a graduate student and project liaison to the City of Atlanta, said the hope is their research can lead to important policy changes when it comes to climate change action and urban planning.

"With ground level data we can understand what neighborhoods are in need of more intervention than others," Khorashahi said.

A recent study published in Nature Communications exposed some of the disparities when it comes to heat extremes, showing people of color had a higher exposure to the heat island effect in around 97% of major cities.

Such effects can play a role when it comes to health, contributing to heat-related deaths or illnesses like stroke or heat exhaustion, according to the Environmental Protection Agency.

While there's still more data to be collected and analyzed in Atlanta, Griffin and other students are already realizing their work's importance.

"People are sleeping in this heat," she said. "That's my main concern. How else is this affecting them? Healthwise and mentally?"