Video and pictures from the scene showed an excavator truck in the process of leveling the building. 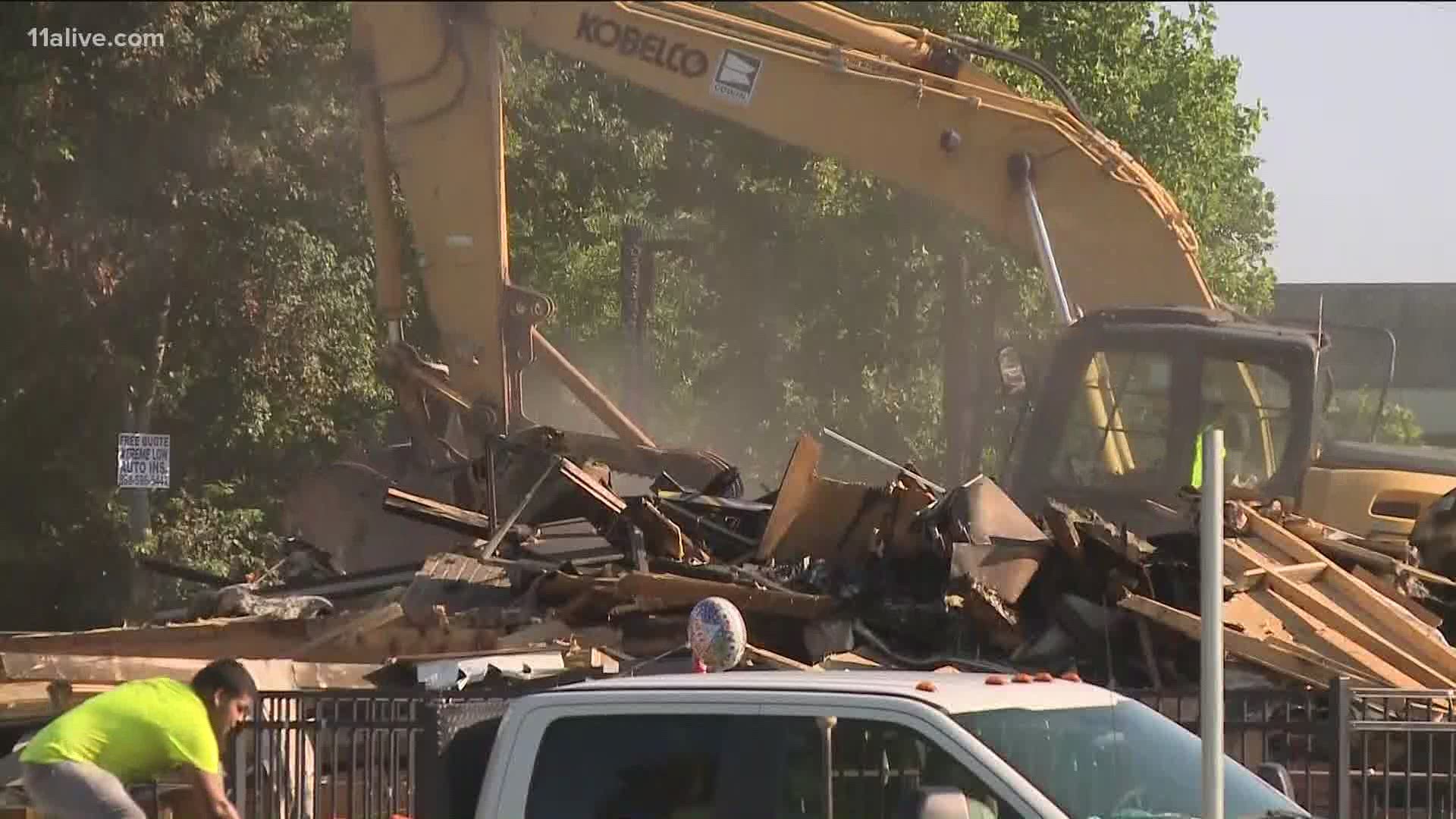 Video and pictures from the scene showed an excavator truck in the process of leveling the building.

The fast food restaurant was burned out the night following Brooks' death by police shooting amid protests at the site.

The Wendy's had become a locus for activism following that night, where a group sought to preserve the memorial of signs, artwork, flowers and other displays honoring Brooks. Activists hoped it would lay the groundwork for a lasting peace center at the site, and some community groups brought a list of demands to city leaders in an effort to bring lasting change out of the recent events.

But there were also tensions within the community surrounding the reclamation of the site, with some residents reporting armed men gathering and enforcing blockades of University Ave.

Atlanta Wendy's where Rayshard Brooks was shot and killed demolished

On the night of July 4th, 8-year-old Secoriea Turner was shot and killed while riding in a car with her parents who were trying to get into the parking lot of a package store across the street from the Wendy's. They said they were confronted by armed men trying to block the road.

Activists have maintained they had no connection to those gunmen.

In impassioned remarks the next night, Mayor Keisha Lance Bottoms indicated the girl's killing was the final straw for the more lenient approach the city had tried to take with activities around the Wendy's site.

“We had not completely closed the Wendy’s location yet … giving them an opportunity to have discussions with the people who were still at the Wendy’s,” Mayor Bottoms said. “Well, we’re not having any more discussions.”

The makeshift memorial was cleared out by the city of Atlanta last week.