'If your vote didn’t matter there wouldn’t be so many people trying to discourage you from casting it,' a statement on the PSA website reads 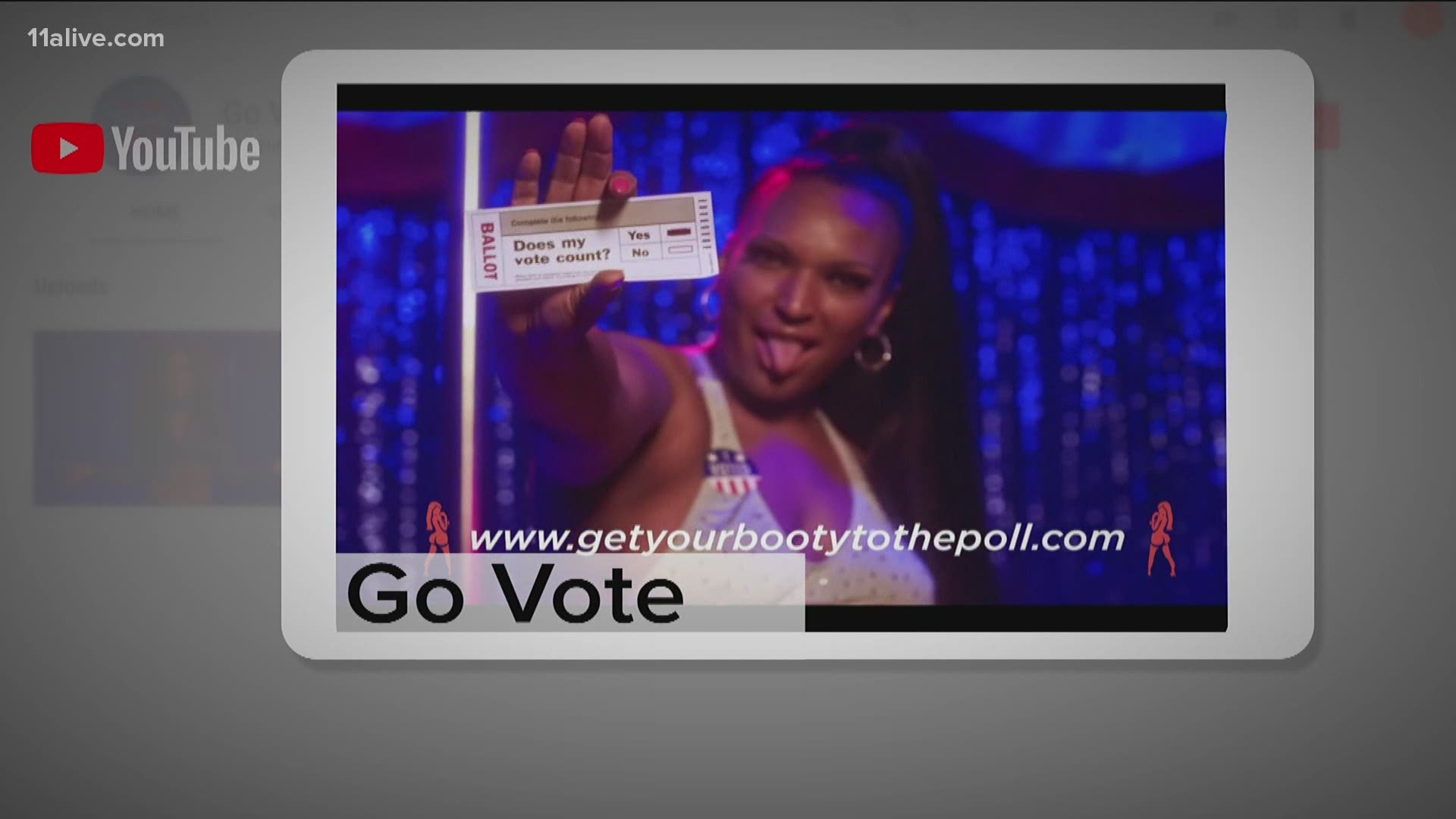 ATLANTA — The upcoming 2020 Presidential Election has taken a spicy turn as exotic dancers from Atlanta’s strip clubs have created a PSA that is making quite the conversation on social media.

The 1:30 clip “Get Your Booty to the Poll” features a song playing on the “stripper pole” term. Women of all shapes and sizes begin heading to the stage to perform before the song gets interrupted.

“So you’re really not going to vote? You know there’s more than just a president on a ballot, right? A district attorney decides who to prosecute, including whether or not to go after dirty cops. You know who elects the DA? We do,” women in the video recite.

The filmmakers for “Get Your Booty to the Poll” are director Angela Gomes and producer Paul Fox. The effort began with a GoFundMe as the partners explained they were looking for a creative way to increase the number of Black citizens to vote.

“If your vote didn’t matter there wouldn’t be so many people trying to discourage you from casting it. We have the power to create the change we want to see, and we can do that by voting for people who we trust to prioritize our interests and concerns. Go vote,” a message on the “Get Your Booty to the Poll" website encourages.

During the state's June primary, 11Alive reported on several issues that impacted voters, including long lines at polling places in Fulton County.