Atlanta's Upper Westside: A sign of 'Columbusing' or revitalization?

How to revitalize a neighborhood while maintaining its integrity and history. 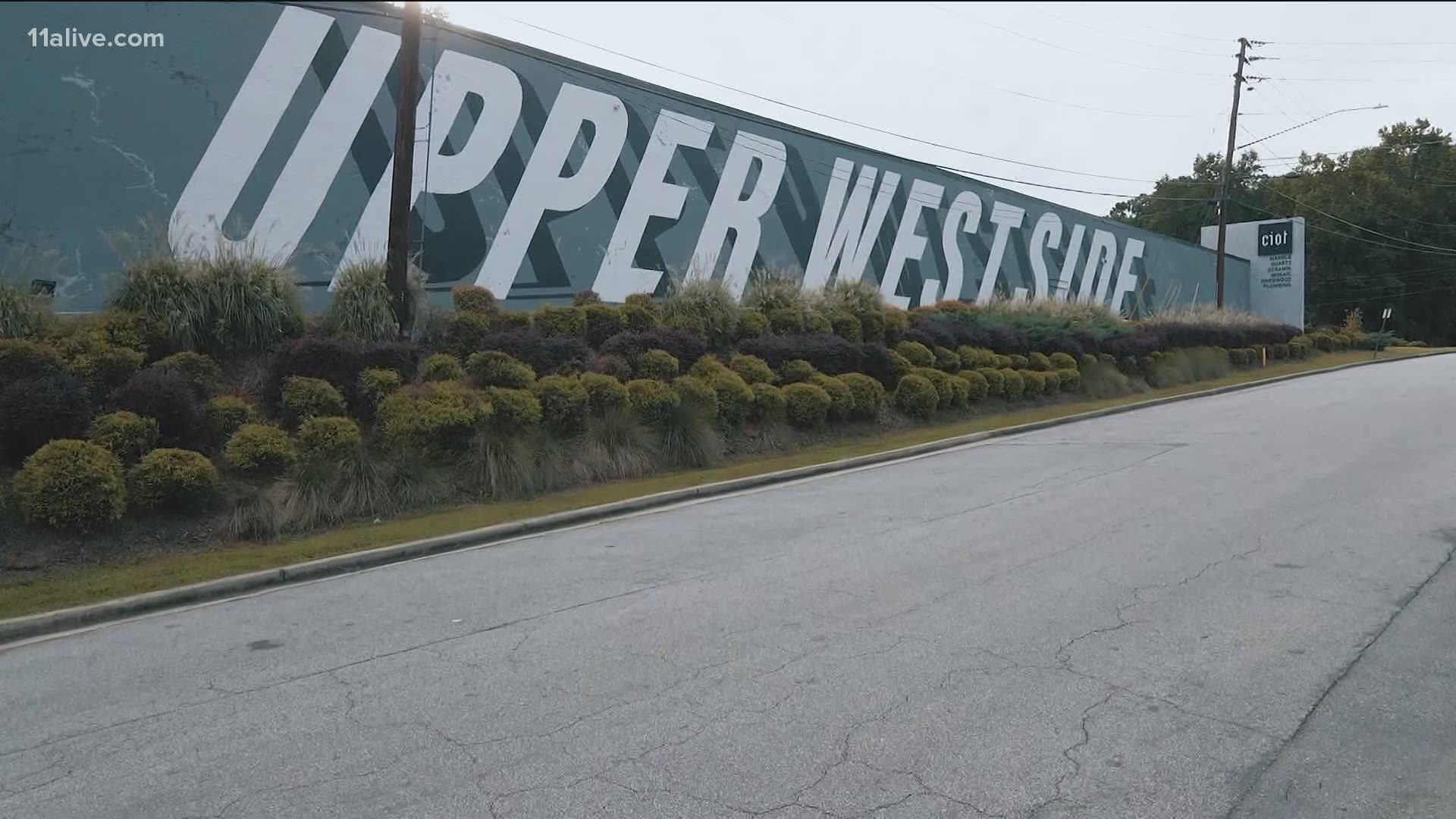 ATLANTA — As Atlanta communities continue to transform, rebranding can be a complicated process – how to achieve revitalization, and at the same time maintain the integrity and history of the neighborhoods.

The concept of "Columbusing" has been used to describe the downfall of gentrification nationwide, when once-prominent communities slowly vanish, making way for new communities that reflect the changing demographics.

In Atlanta recently, there have been mixed reaction to the branding of the new ‘Upper Westside’ area. Those two words are painted on buildings and structures throughout the city, making people wonder what’s going on. The Upper Westside is not a historic neighborhood like Blandtown, English Avenue and Vine City.

Upper Westside is defined by the section of northwest Atlanta that’s inside I-285 and just west of I-75.

Williams has been digging into the city’s gentrification issues for more than a decade. He says Upper Westside is receiving mixed reaction on social media. While some people may embrace it, others question the intention behind the branding.

People like Rene Wright support the revitalization efforts, as long as it maintains the legacy of the historic neighborhoods. He is a proud resident of the historic Blandtown community, which is located in the area determined as the Upper Westside.

“We want Blandtown’s history to remain part of the history of Atlanta. We are part of the fabric of what is now the upper westside. But we’re a piece of that puzzle,” Wright said.

Selig Enterprises is renovating 80 acres of land that’s in the Upper Westside. That region will be converted from an industrial region into a booming area with retail and residential options.

Malloy Peterson with Selig Enterprises says Upper Westside’s branding isn’t meant to erase the history of the surrounding communities that exist in that region like Blandtown and Underwood Hills.

“It’s really just meant as a descriptor,” she described.

She says Upper Westside is more of an area to describe the region where the neighborhoods are, rather than an area that will function as a new neighborhood. She says Selig Enterprises surveyed the residents and gained support for the term based on their research.

“We want them to be happy and proud. We want this to be a place that they’re so excited,” Peterson said.

When Selig Enterprise buildings pop up, you can expect the Upper Westside to start booming with more retail and residential options.

Longtime residents in the area, like Eva Nason, just want to make sure it stays affordable and diverse.

“We need diversity. I very much would like to see a world that we could live in, in which the disparities and income levels were not so enormous,” Nason said.

As the faces and skyline evolve and change, so does the perception.

As Atlanta evolves, with New Atlanta thriving and Old Atlanta holding onto its rich history, it’s clear that both must meet at an intersection to truly move this city forward.