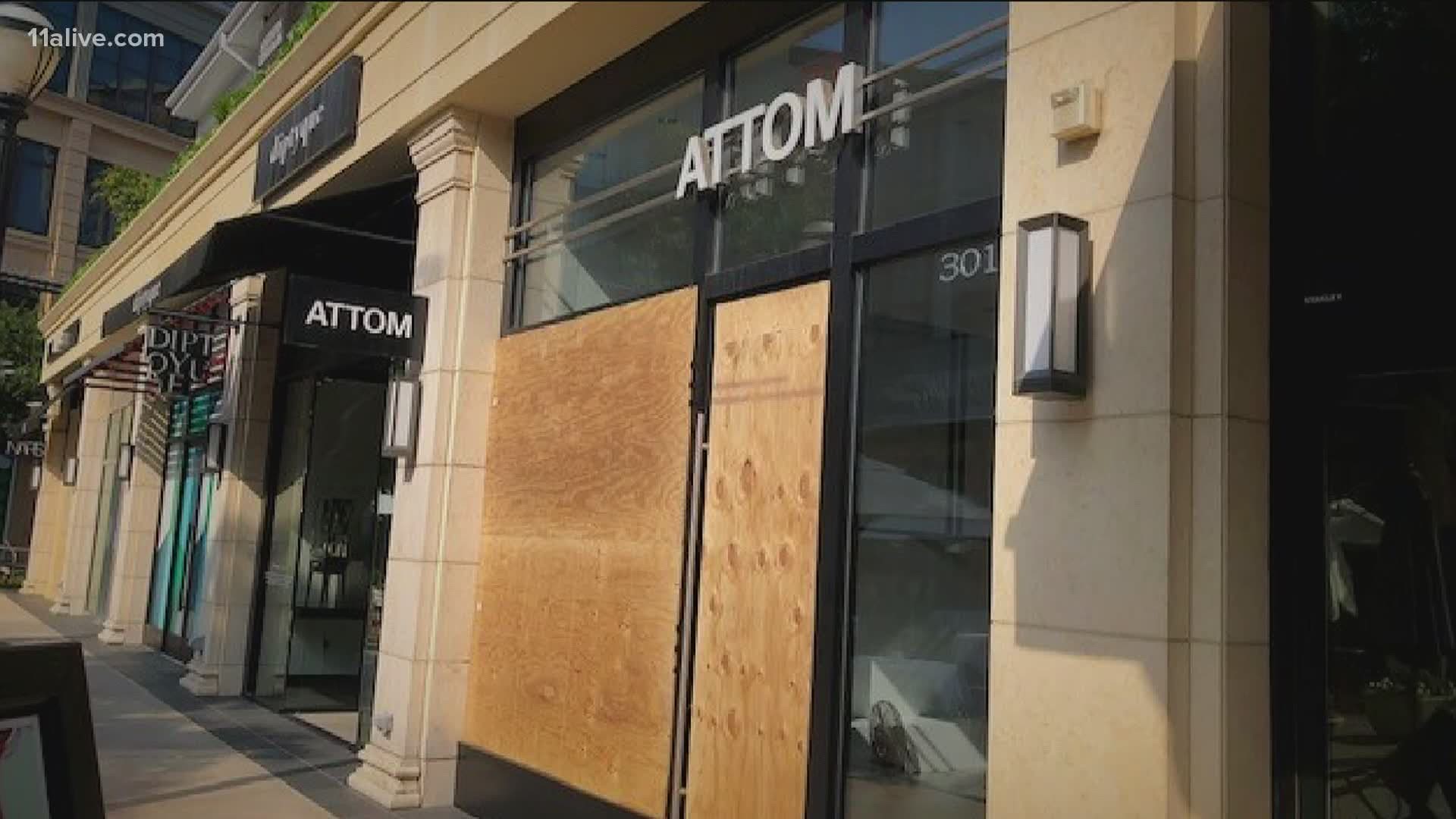 BUCKHEAD, Ga. — Attom Concept Store in Buckhead was ready to reopen its doors. However, like a lot of businesses in downtown Atlanta and in Buckhead, Attom is now boarded up.

“It’s more than just about our business. It’s about the businesses that lost everything,” said Kris Shelby, store manager.

In the early hours of Saturday morning, after the protests earlier, looters broke in and wiped out the entire store.

“So, when I saw the damage I almost cried,” Dias said.  “We’ve been closed for about three months now.”

“I closed the store March 13th. So, we haven’t opened since March 13th. June 1st was supposed to be our opening date,” Shelby mentioned.

Dias now faces an uphill battle. He said he was unable to receive money from the paycheck protection program, PPP loan, because he’s in the United States on an immigrant investor’s visa.

Earlier this week, Atlanta Black Owned Business Relief set-up a fund. Its goal is to help black business owners affected by looting and raising money to go towards repair costs.

“We have a big huge black community in Atlanta. So, we all have to come together to give back. That’s what this really is. This relief fund is a give back,” said Modupe Banjoh with Atlanta Black Owned Business Relief.

Attom has also started its own GoFundMe page.

“The support is real and now we feel like we got to bounce back and do it again for Atlanta because I feel like they want us here and they need us,” Shelby said.