Austell K9 officer to live 'life of luxury' after being shot, forced to retire

They said it was a tricky surgery on his left leg and said he has a "long hard road to go." 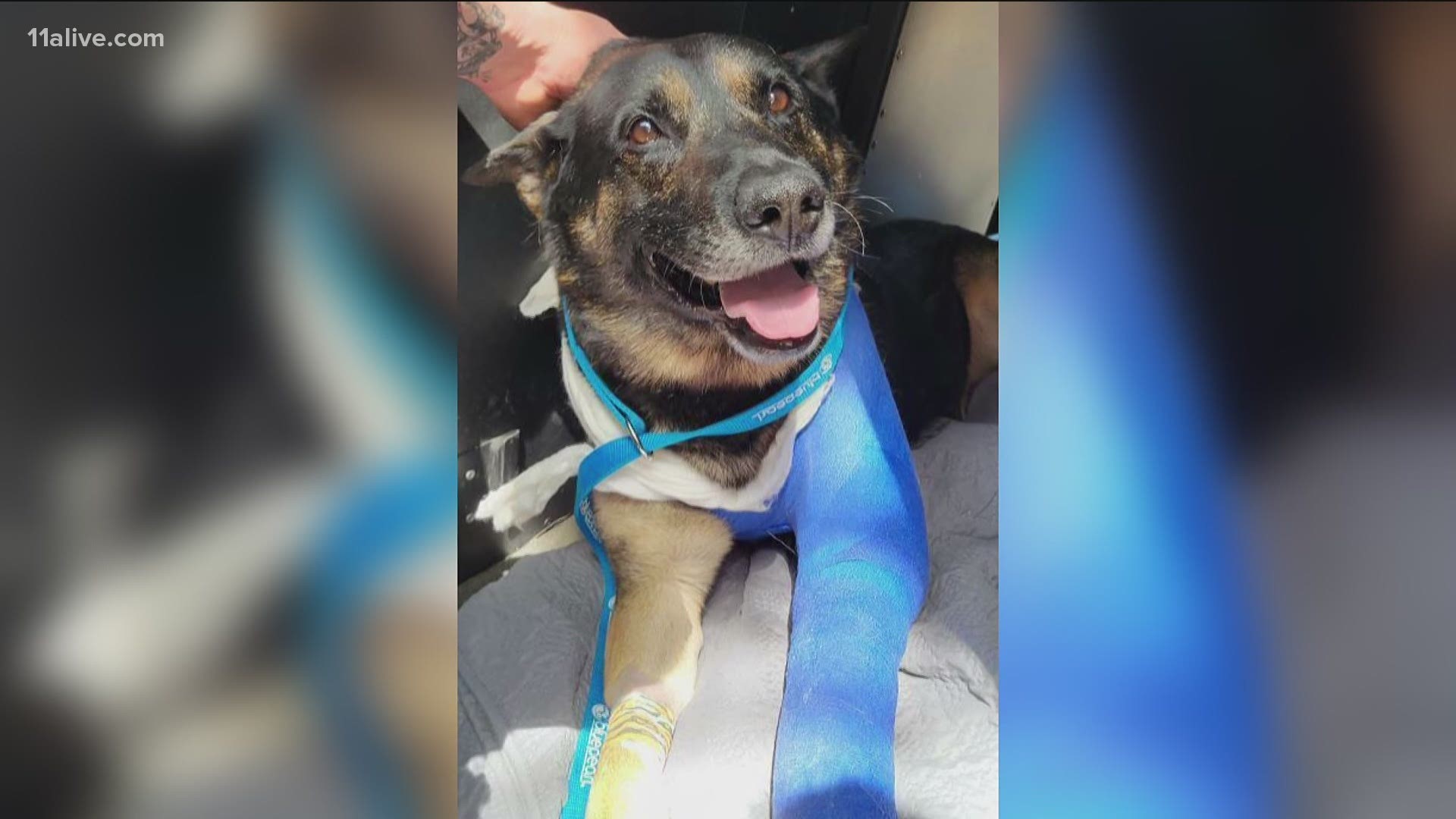 AUSTELL, Ga. — Austell K9 Officer Jerry Lee is home! His tail was wagging as he left the hospital on Tuesday, just two days after being shot during a chase in Douglasville.

His tail was wagging as he left Blue Pearl Animal Hospital to his relieved handler, Austell Police Officer Reeves.

They said it was a tricky surgery on his left leg and said he has a "long hard road to go."

Reeves said Jerry Lee would no longer be able to work as a police dog -- but said he'd be living in a "life of luxury" at home with him and his family.

The department shared images over the past couple of days, including ones of Officer Reeves lying in the cage with the dog, comforting Jerry Lee before surgery.

When the dog left the hospital, he was wearing a large blue cast on the leg.