Elderly woman fighting HOA after being hit with $17,000 in fines 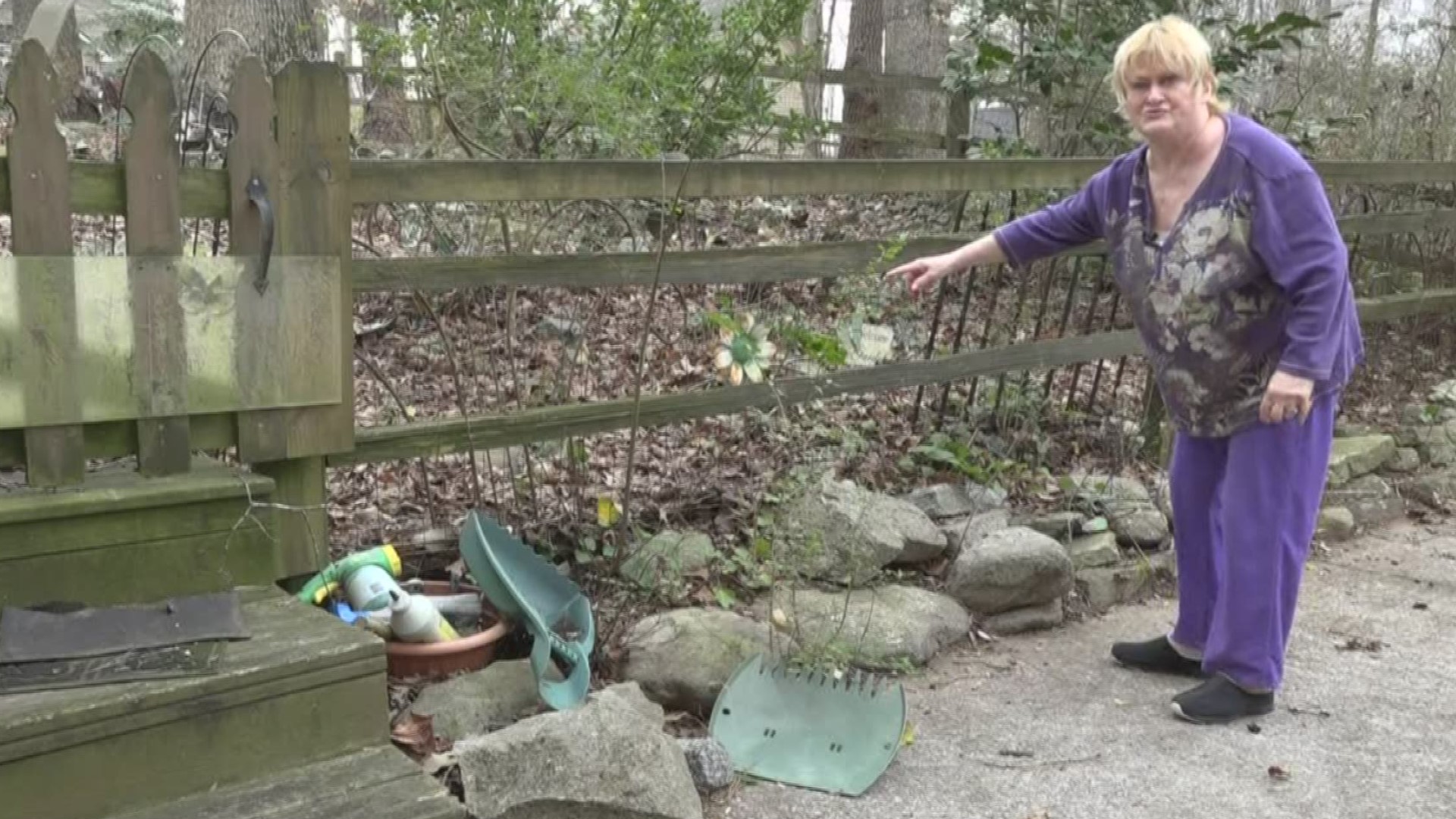 POWDER SPRINGS, Ga. — An elderly woman is fighting her homeowners association after she says she's been fined more than $17,000.

Pat Kramer told 11Alive's Kaitlyn Ross that there is no way she can possibly pay it.

Kramer has lived in the same Powder Springs house for 13 years, but says when a new management company took over a year and a half ago, she started getting letters about things they thought were wrong with her property.

And the letters haven't stopped coming.

First, the HOA told her that her trashcans couldn't be visible from the street.

"You have to turn your head so far over, like this, for the second that you are passing my house," she demonstrated.

So she moved them inside.

"I walk with a cane normally. I have a bad back. Now I have to keep them in the garage. It's very hard for me to get them in and out," she explained.

Then, she said, the problem was her hose.

"It was all wrapped up, so it really didn't look bad," Kramer said.

Then, she said, it was her lawn art.

"Can't have those," she added.

Then they wanted her to power wash her house, and sweep up her driveway. She didn't fight them on it.

RELATED: HOA sues retired couple for up to $100,000 for flower beds that don’t meet guidelines

"They are the laws, laws that they've written and I have the documents," Kramer explained.

But when she didn't get it done fast enough, she said she got late fees on top of late fees. It's $25 dollars a day per each infraction. And she tried to plead for mercy.

"I called them for a year and no one would call me back," she explained.

11Alive News called and emailed All-In-One Community Management, too, but never heard back.

Kramer says the whole thing has been so frustrating.

"These things are incidental. They're asinine," she said. "They're so unimportant. And you're changing me $17,000?"

RELATED: HOA tells Colorado couple: You have too many pots in your yard

"It's just insane. It's purely insane. And there's nothing I can do," she said.

Kramer was able to get a lawyer through legal aide, but they basically told her it is the right of the HOA to fine her based on the bylaws of the community - even if they bylaws don't make sense to her.