One minute, they were lying in their beds. Then, their house exploded and collapsed around them.

The floors and walls collapsed - sending a father and son dropping in their beds upstairs to the ground below. 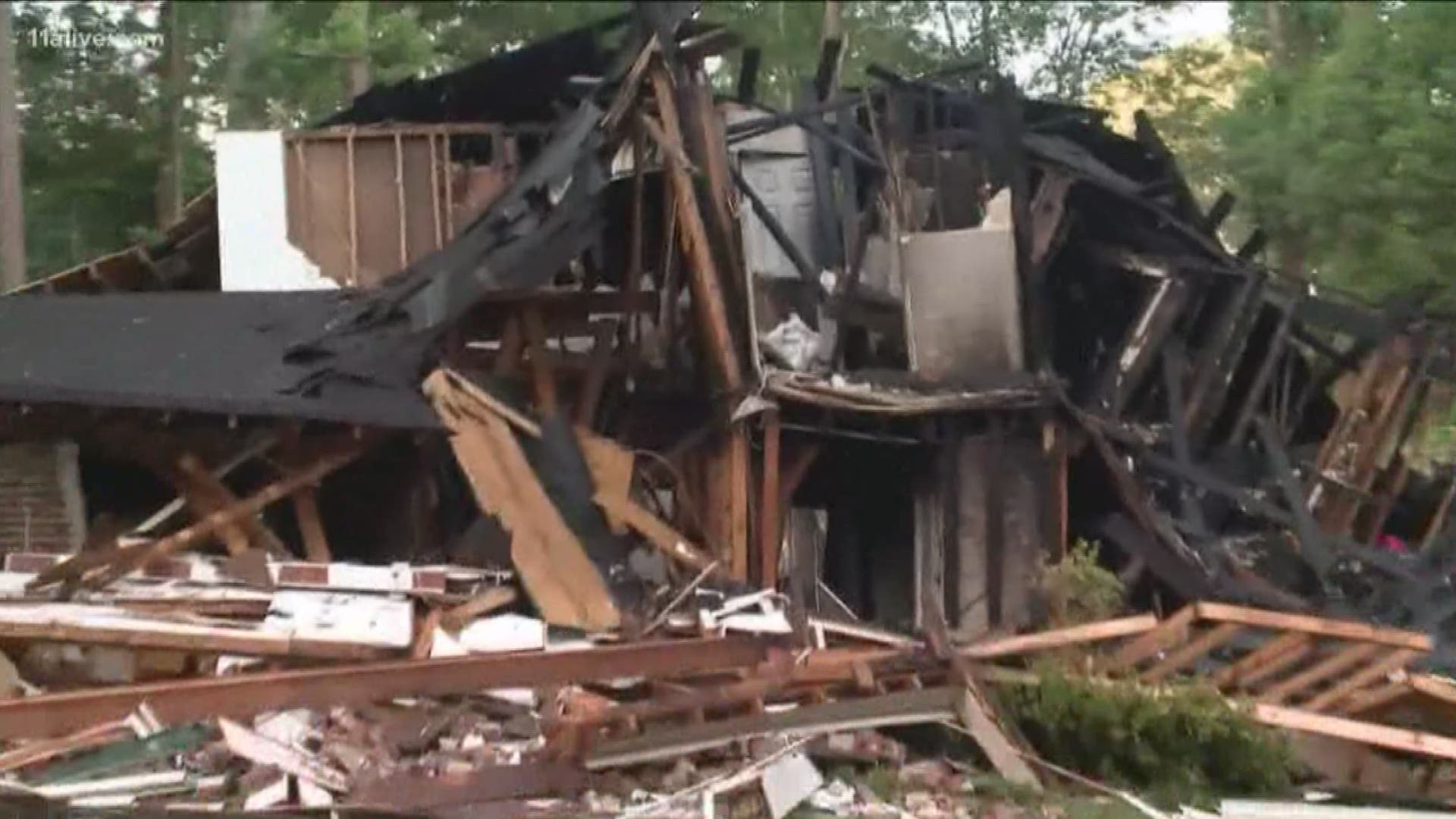 AUSTELL, Ga. — Photos in the light of day show what's left of an Austell home that was leveled in some sort of explosion, Sunday night.

A 6-year-old boy and his father were able to escape the wreckage as the house on Hasty Lane collapsed and caught fire all around them. Based on the little that is left of their home, it's a wonder they escaped alive.

That father and son - John and Joshua Mark - are at a Cobb County hospital being treated for severe burns.

“They are lying in their beds. And my husband and Joshua were lying in bed," she told 11Alive over the phone. “They hear something, a big sound, from downstairs—Boom.”

Charla, a nursing assistant, was at work when the explosion blew out the back half of her family's home. And the floors and walls collapsed - John and Joshua dropping in their beds to the ground.

“They find themselves downstairs, on the floor," Charla said they told her.

The boom from the explosion shook surrounding homes, including Nichola Glass' house across the street. Glass and her sister ran outside - calling 911.

“I seen the side of the house, like, coming down,” she told 11Alive. “That’s when I was able to see the father picking up his son to bring him to safety.”

Glass and her family tried to comfort John and Joshua while waiting for the ambulance.

“Their bodies were just, like, burned, you could see their skin peeling," she said.

Charla said her husband and son are recovering at the hospital, but they have suffered a major loss at home - everything they own is gone. The Red Cross told 11Alive they are assisting, but Charla added she doesn't know, yet, where they will be able to live once John and Joshua are released from the hospital - which could be days away.

“Joshua - maybe up to two days before he go home," Charla said. "But my husband ... the doctor told me he don’t know yet (when he’ll be released).”

Cobb County arson investigators returned to the home Monday to continue their search for clues, but they're still not able to say, yet, what caused the explosion and fire - whether it was a problem with the gas line, or a faulty water heater, or something else.

A neighbor said she gave her security camera video to investigators that showed the moment of the explosion, then the fire. That could help investigators, but it could be days or weeks before they know the cause.

What your car's air recirculation button really does