Austinites join together to clean up Downtown Austin after weekend protests

Some Austinites are banding together yet again to clean up after a weekend full of protests. 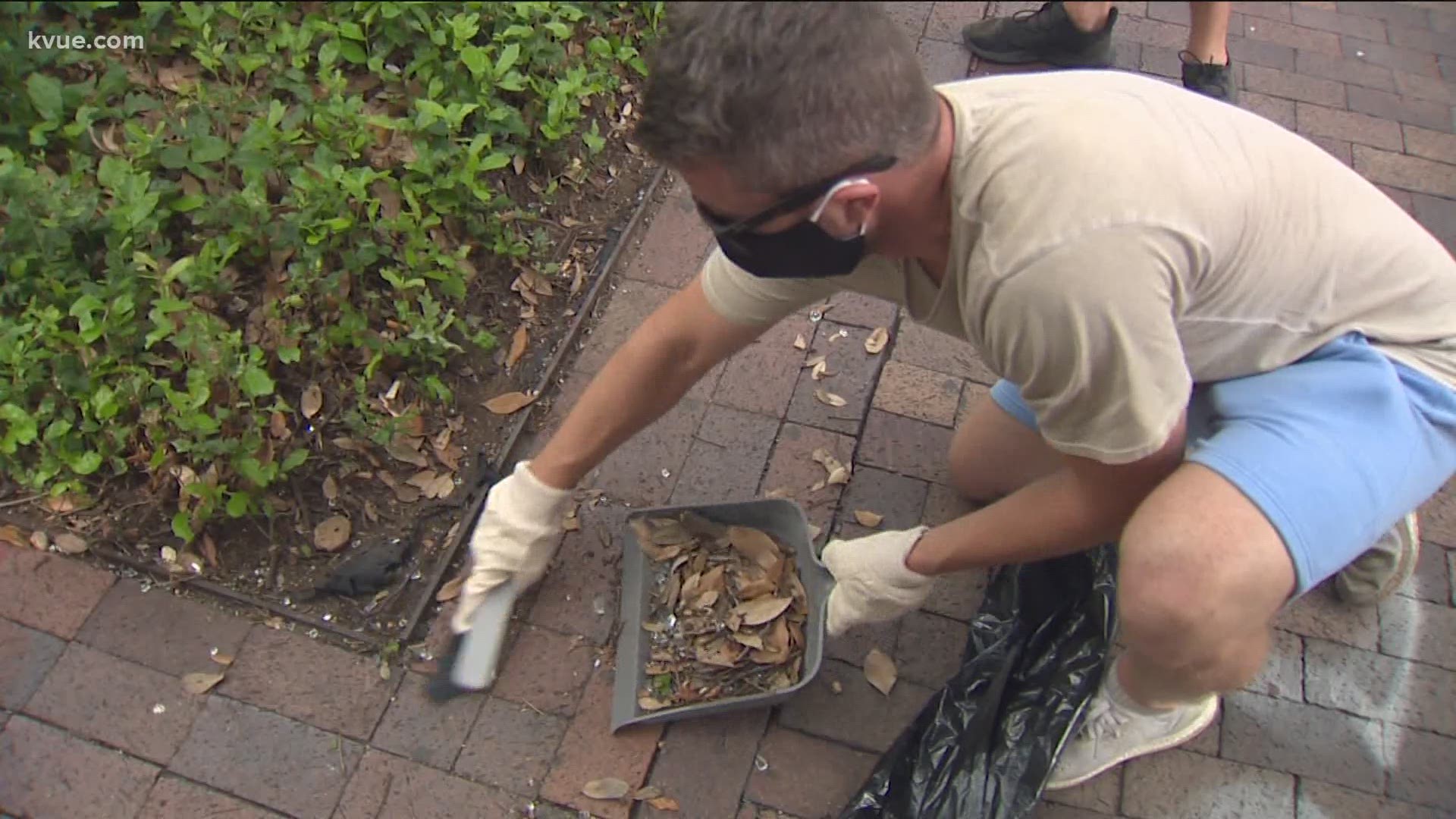 AUSTIN, Texas — After more than two days worth of protests, Austinites are coming together to clean up Downtown Austin. Protests were held downtown starting late Friday night through early Monday morning to call for justice after the deaths of George Floyd and Mike Ramos in police custody.

"It's our job to make our city livable," said band member David Rodriguez.

He added that the clean up is the next step for creating real change in our community.

"We want to do our part so that this fight can continue," Rodriguez said.

KVUE's Brittany Flowers was in Downtown Austin the following Monday and saw the group cleaning up trash and glass from broken windows. KVUE's Emily Giangreco shared a video on Facebook that showed them filling up trashcans with trash.

Rodriguez told Giangreco he participated in the protests, and that it's important to come together to clean up the city.

Rodriguez hopes that the community will take responsibility for cleaning saying, "When you're walking down the street and you see trash on the ground and think, 'Someone else will pick it up,' it's not someone else's job. It's our job. This is our city. I think about this is a neighborhood. Austin is our neighborhood."

Several businesses across Austin were also vandalized and looted during the protests. Some of those include:

On Monday morning, the Austin Police Department said nearly 30 arrests were made within the last 24 hours alone.

This is a developing story. Check back for updates.