Would you trust a stranger to drive your child around? What if it was only for pre-teens and teens? 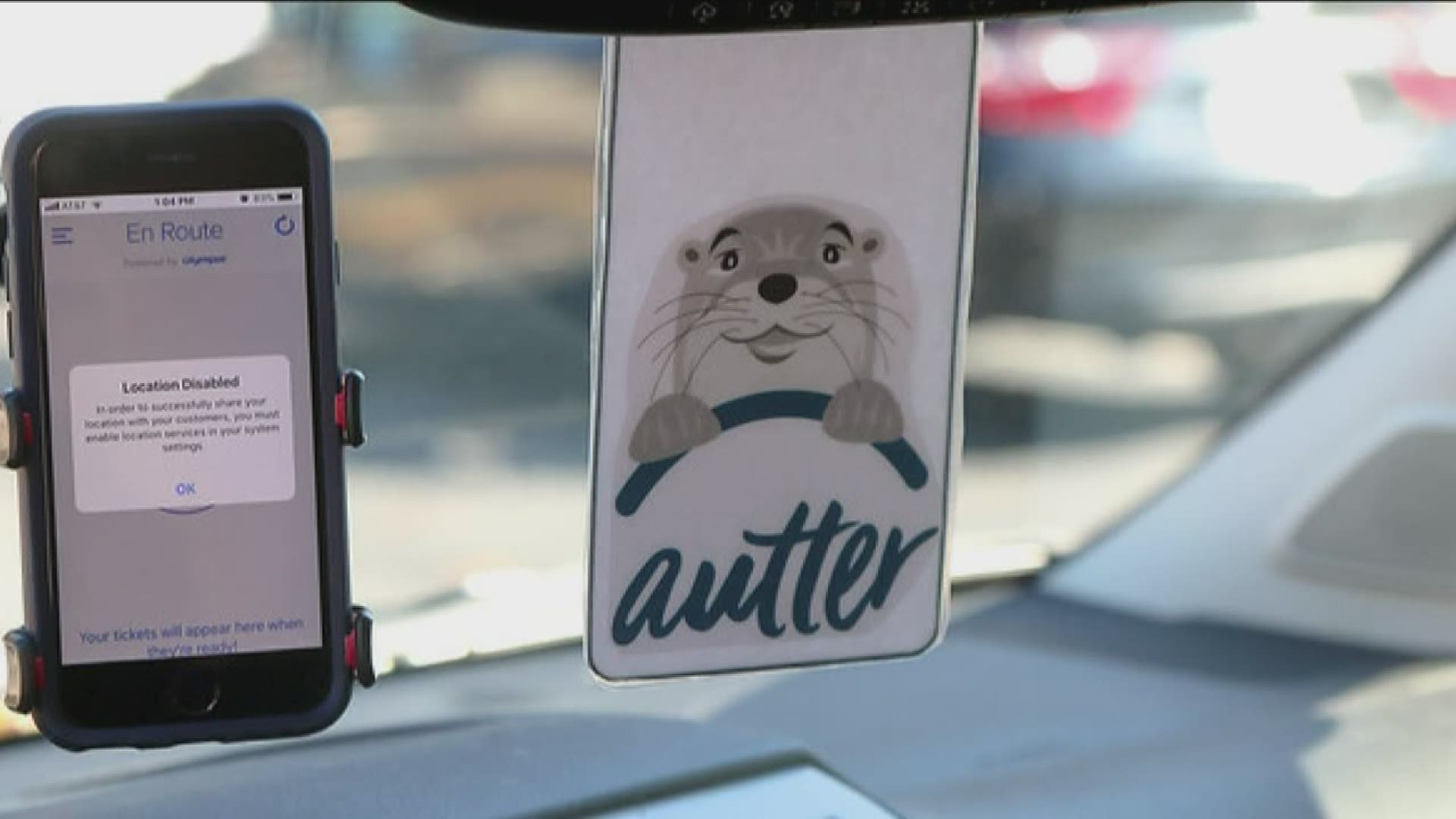 ATLANTA — Uber or Lyft may have made a hefty dent in the rideshare marketplace, but a rideshare started in Atlanta hopes to appeal to a different need; overworked parents and overbooked teens.

Is it worth the risk?

Tanya Alexander, a practice administrator for a pediatric children’s group, is a working mom with two kids. Maelyn Alexander, 13, and Jaron Alexander, 11, also have busy schedules.

“We both play sports. I play soccer and she has cheerleading practice," said Jaron.

So, the issue that working parents know all to well arose; how to keep up with the job and the kids?

RELATED: Video: Woman attacks rideshare driver, bites him on his side

Tanya explained she didn't need a babysitter or a nanny.

Sure, she could have used Uber or Lyft. But, there’s a problem: Uber and Lyft both have user agreements banning anyone under the age of 18 from using them. So, Tanya found something called the Autter App. It’s the same thing as Uber and Lyft with one catch. It’s only for ages 11 to 17.

Kim Crocker, the CEO of Autter, co-founded the app in early 2019 after struggling to find safe rides for her teenager.

“Started looking for solutions and they weren’t any so decided to create one," Crocker said.

RELATED: 'She had no chance': Father of slain USC student wants changes for Uber, Lyft

And safety was the biggest concern. Uber was slapped with a hefty fine in 2017 for faulty background checks.

Wanting to avoid the same fate, Crocker said they use Evident ID, a company that provides strong and continuous background checks. Potential Autter drivers must also go through an in-person interview.

“We have retired police officers, we have retired teachers. We do have Uber and Lyft drivers that go further through our background checks,” Crocker said.

But, putting your kid in a car with a stranger is still scary.

“I did have that hesitation 100 percent," Tanya admitted. "So, I did some research, I emailed the CEO specifically and asked a plethora of questions.”

Autter users get a photo of the driver and the driver's car the night before the ride. A live GPS tracker is sent to the parent as the ride is happening.

“Be able to see where their child is at any given time,” Crocker said.

“I was texting my kids as well to make sure they were comfortable with the driver," Alexander added.

Safety is also a concern for drivers like Merrian Bianculli who used to drive for Lyft.

“No strangers. I don’t have to worry about that," she said. "I feel safe doing it.”

Bianculli, a retired nurse, said she wishes the same type of technology was available when she was raising her kids.

“I used to have a hard time when I was a young mom trying to find rides for my kids," she said. "So, I thought this was a great opportunity to give back."

Aside from giving back, Bianculli said the pay rate is more competitive than her previous employer.

Other big cities like Dallas are seeing similar teen-only rideshare startups - again, with drivers having what the apps call "stricter guidelines" before they can sign up.

The CEO added the hardest part is finding great drivers and working on making their app stronger. Right now, they only service metro Atlanta; driving into Roswell, Marietta and parts of downtown. Crocker said they hope to expand to other cities.