B-17 plane on display in Nampa this week

Ground tours are available 9 a.m. to 6 p.m. Tuesday through Thursday and 2-6 p.m. Friday through Sunday. 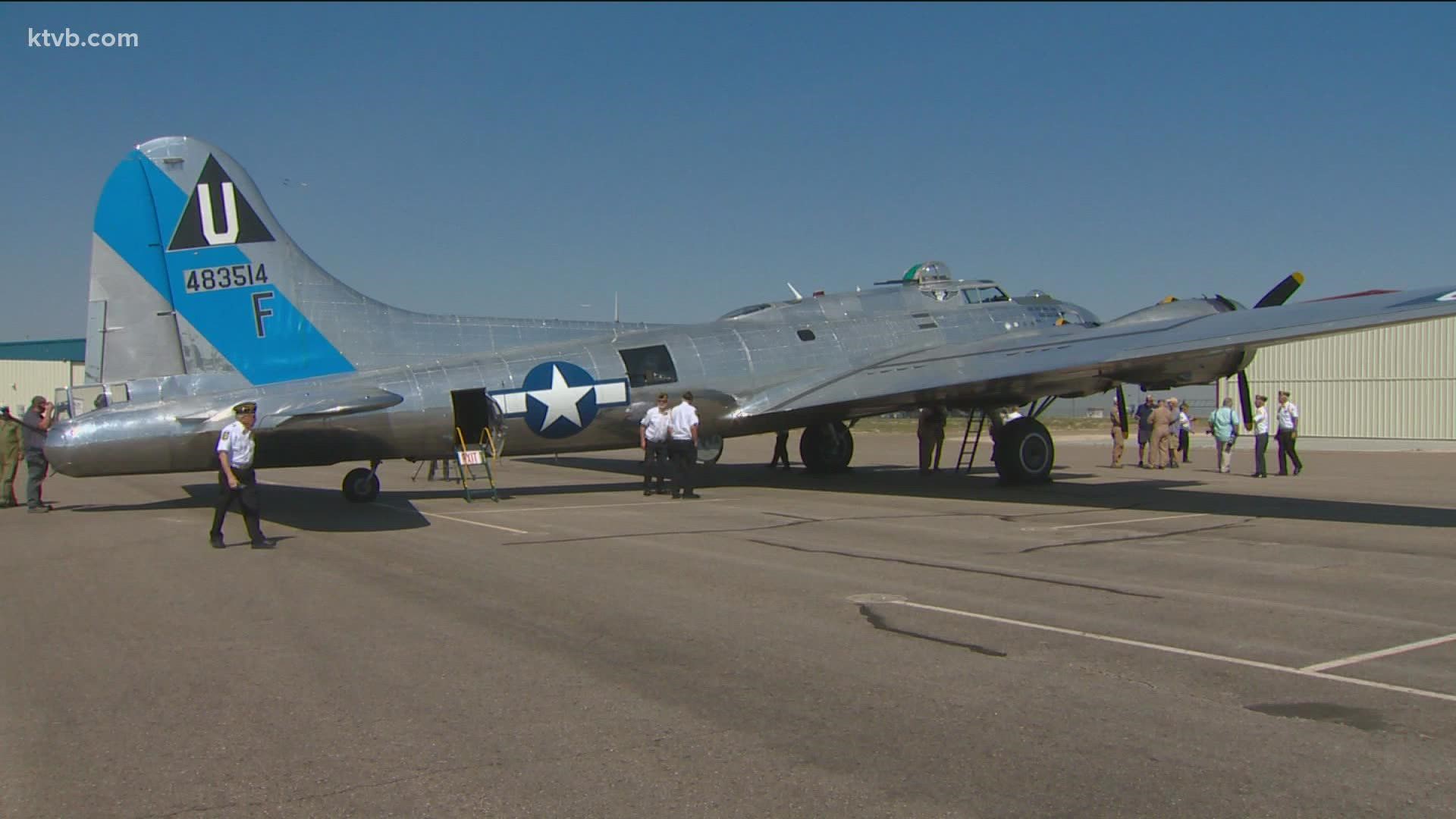 NAMPA, Idaho — Editor's Note: This article was originally published by the Idaho Press.

At 10:54 a.m. Monday, the B-17G Bomber named Sentimental Journey began circling around and descending toward the Nampa Municipal Airport.

The plane landed and then taxied to a group of 11 people from the District 5 Veterans of Foreign Wars Honor Guard and American Legion Post 113 in Meridian. They held three flags representing the United States, state of Idaho and POW/MIA.

Sunlight reflected off the shiny silver surface of the plane. Four propellers spun in circles. A steady hum served as the background music for dirt kicking up next to the runway.

When the crew members exited the plane, they listened to Mike Rowles, the American Legion’s bugler, perform “To The Color” and watched other members of Post 113 fire a salute in honor of the plane’s arrival.

“It’s an honor to fly it,” pilot Brian Churchill said after landing in Nampa. “There’s only a few of them flying left in the world. To be able to fly this thing is an honor. That’s all I can say. It’s just fantastic to fly.”

The Sentimental Journey was built in 1944 and flew missions in the Pacific Theater. It became a firebomber in the 1960s and then was purchased by a Commemorative Air Force member and donated in 1978.

Including the one in Nampa, there are only three B-17 planes currently flying, loadmaster and ride coordinator Kristin DiLorenzo said.

“It’s just a heck of a thing,” DiLorenzo said. “You’re in a flying museum experiencing just a touch of what the World War II veterans flying these planes were experiencing. If I think about it too much, I’m going to cry.”

All the people on the crew are volunteers, DiLorenzo said. When asked the most fun part of touring in the bomber, she said, “All of it.”

The B-17 flew in Monday from Bozeman, Montana. Next week, it’ll continue to its next stop. While the restoration officially began in 1978, DiLorenzo said the work is never fully complete.

For now, it’s on display in Nampa.

“There’s very few of them now flying,” Churchill said. “So to come out and see it take off and land and be able to go through it is a pretty nice thing.”

See the latest news from around the Treasure Valley and the Gem State in our YouTube playlist: