Through all of this, she found out who her birth parents are, too. They don't want a relationship with her right now, but she says that's OK. 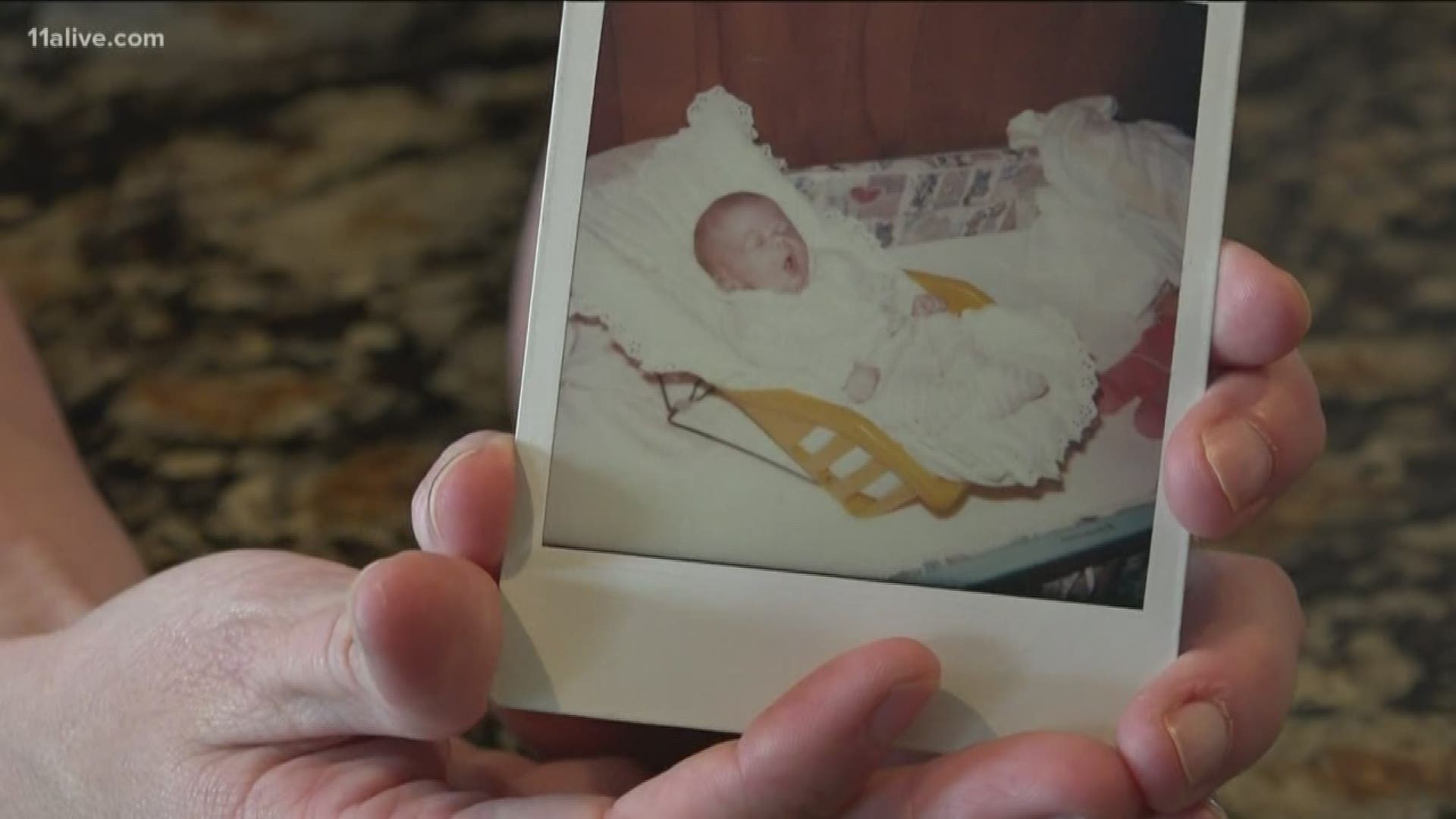 ATLANTA — Baby Jan Winter is one step closer to finding the people who saved her. She was pulled out of a dumpster in 1983 and has never known her biological family, or the people who rescued her.

After an 11Alive News report last week, Baby Jan Winter, now Amanda Jones, was able to get the police report from the Fulton County Police Department. She was also able to find the detective who handled the case.

Retired police detective Joyce Vaughn was brand new to the force when she was assigned Baby Jan's case - but there could not have been a more perfect person to head it up.

Vaughn, who now lives in Texas, told Jones that she never forgot about her.

RELATED: Police report in 1983 'Baby Jan' case discovered as woman searches for strangers who saved her

"I woke up after I spoke to Joyce and I felt like I had a new heart," Jones said. "I felt like there was a weight lifting off me after 36 years, to know these stories."

On Facebook, 11Alive viewers were able to track down the two paramedics who transported her to Northside Hospital. One remembers holding her to his chest as he picked her up off the ground.

"Knowing that they held me and warmed me, it makes me feel really good to know that I was held," Jones said.

She still hasn't found the woman who actually pulled her out of the dumpster, but she hopes she's getting close.

"The people who found me that night, if they hadn't found me, my children wouldn't be here today, my husband wouldn't have a wife, my parents wouldn't have had a second child," Jones said. "So it is such a blessing to all of us. So many people have been blessed by that one night and one person."

Through all of this, Jones found out who her birth parents are, too. They don't want a relationship with her right now, but she says that's OK.

Jones visited the area where the dumpster was once located at 5600 Roswell Road.

"This is where it all started," Jones said at the office complex. "But it's just a little tiny piece of my story.

While the dumpster isn't there anymore and the area looks a lot different than it did 36-years ago, so does her life.