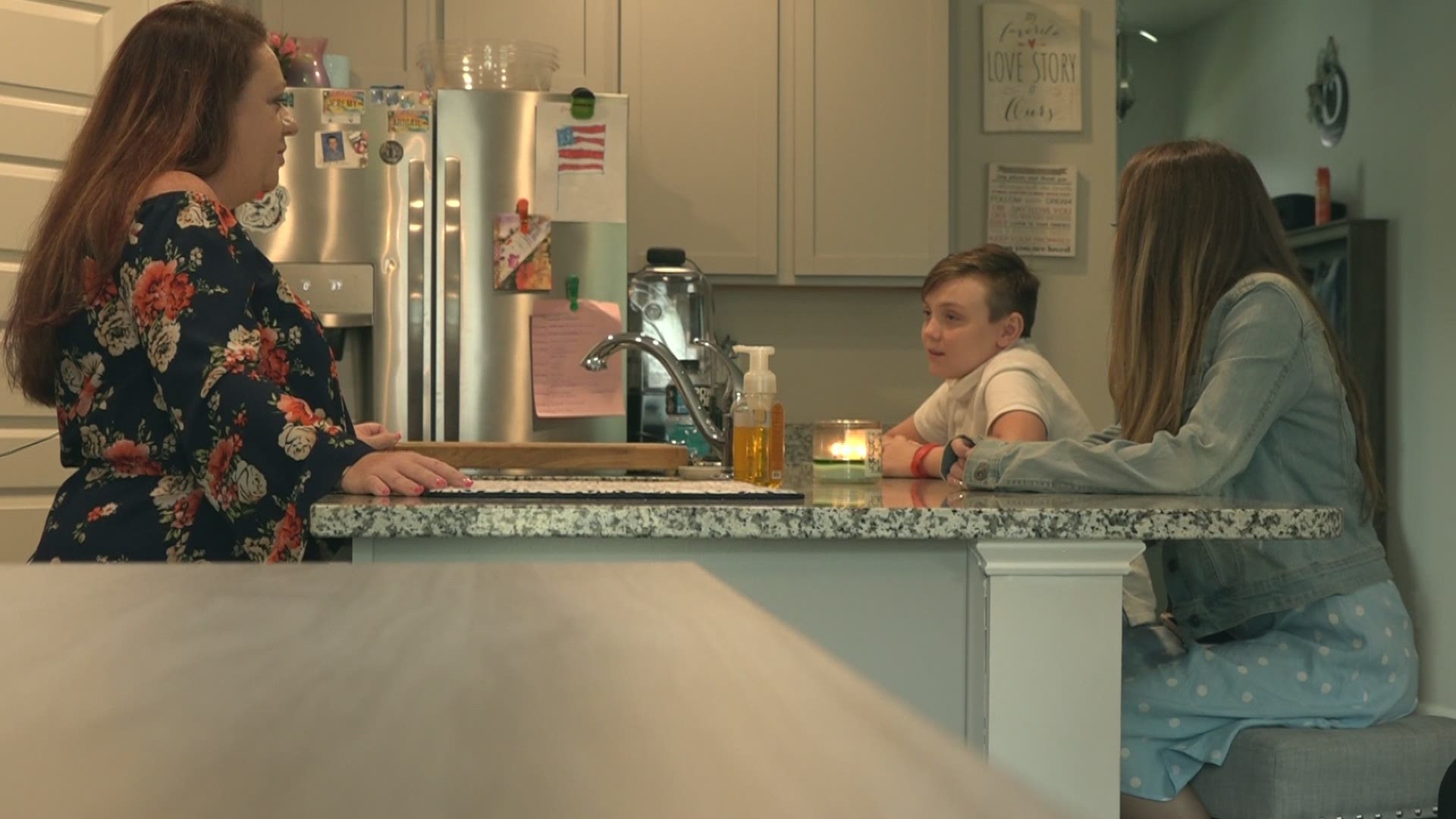 ATLANTA — The countdown to the return to the classroom is on, and for some families, extra shopping is needed to get kids ready to return to school after a year of virtual learning.

With five kids attending school in Henry County, back-to-school shopping is already underway for the Osterhout family, and after a back-and-forth year of Zoom learning, clothes are high on the shopping list.

"Most of the time our kids barely got dressed and were in their rooms in comfy clothes," mom Stephanie Osterhout explained. "So now we're actually having to look at clothes and dress codes and make sure everything fits."

According to the National Retail Federation, many families like the Osterhout's are getting an early shopping start in anticipation of returning to the classroom. According to the NRF's annual survey, more than half (51 percent) of K-12 and college shoppers had begun shopping for their back-to-school items as of early July.

"We're seeing families have a lot of excitement about recreating some of those pre-pandemic traditions," Katherine Cullen with the National Retail Federation explained.

Such excitement is expected to translate into major spending.

The NRF survey projects families with kids in elementary through high school plan to spend an average of $848 dollars on school items, $59 more than last year. While total back-to-school spending is expected to reach a record $37.1 billion.

According to the survey, families are planning to spend more in every category, but items like new clothes and electronics (laptops, calculators, tablets) are topping shopping lists.

"We heard from families that their kids are most excited to shop for clothes this year. We can bring back the first day of school outfit," Cullen said. "People are thinking about what do I wear in class versus what I wore on my couch while learning. But of course, there are also things like backpacks, school supplies, new shoes. There's a lot that kids need and that families are spending on."

NRF data also provides a snapshot of where families are shopping, with online shopping still a preferred option among 48 percent of those surveyed.

Despite a year of supply chain disruptions and shortages due to the pandemic, Cullen said they're not seeing any major issues thus far when it comes to back-to-school necessities:

"So far from what we're hearing from consumers," Cullen said. "They're not seeing widespread shortages or having widespread difficulties in finding back-to-school items, but I think people are aware. They're shopping early. They're trying to spread out that shopping. They know you know a hot item might take a little longer to get to them," she added. "So I think people are planning ahead a bit more."

According to analysts with GlobalRetail Data, it is possible families could see more limited choices and lower stock levels towards the end of the back-to-school shopping period. Categories in most dangers of shortages include backpacks, stationery, sports equipment, laptops, and tablets.