The End of Watch Call, one of the most moving parts of Gwinnett County Police Officer Antwan Toney's funeral, announced his watch is now over. 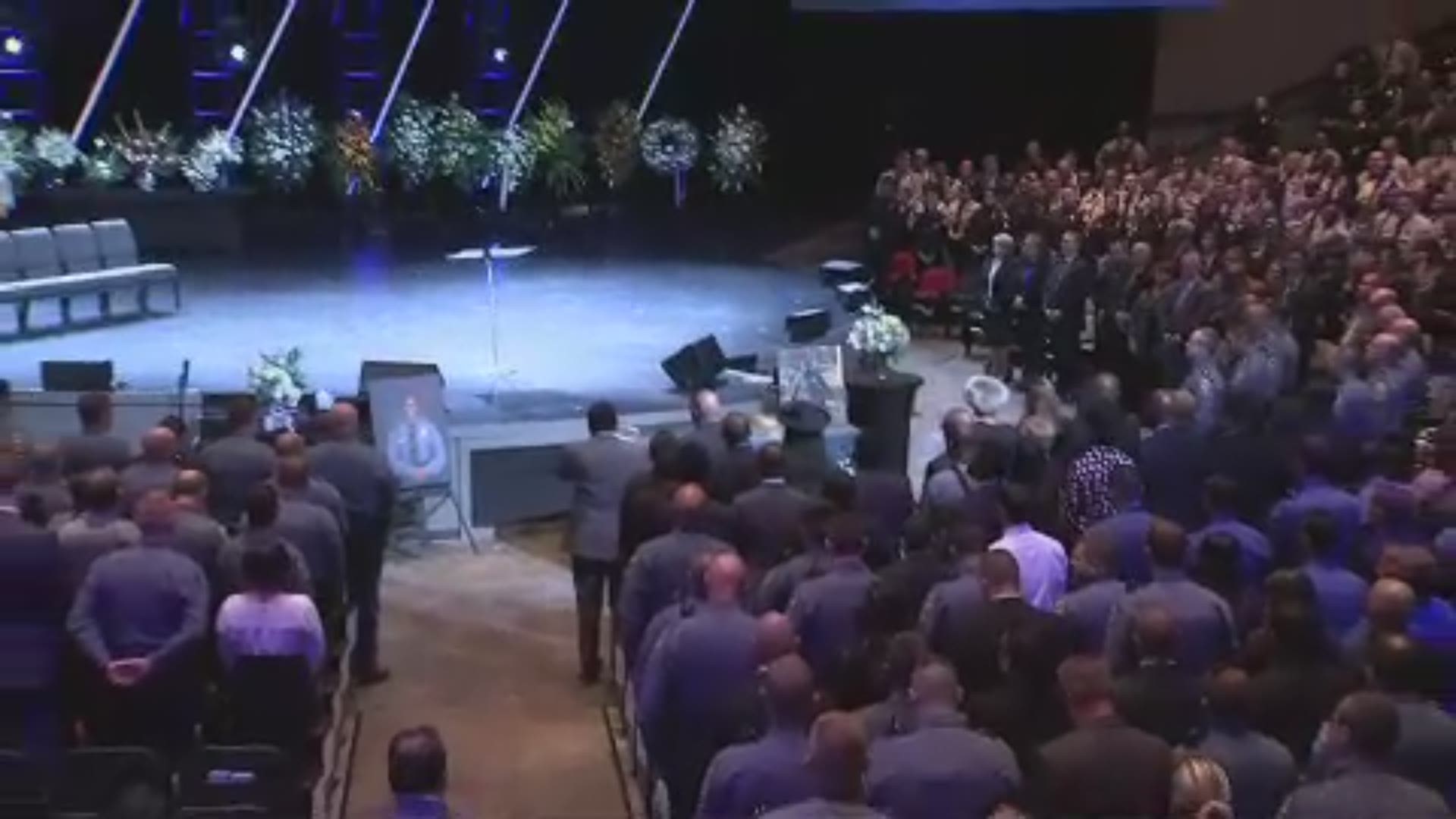 That is the phrase Gwinnett County Police used to signal the end of watch for Officer Antwan Toney, who was shot and killed after approaching a suspicious vehicle in Snellville on Saturday.

During an emotional tribute to the officer on Tuesday, fellow officers and family remembered Toney as a passionate, devoted public servant who loved serving the community.

The ceremony surrounding Officer Toney’s end of watch included a dispatch call to the officer, followed by silence as his badge number, 1808, was called out several times with no response.