Bankhead townhomes selling for half a million raise concerns of gentrification

Brock Built Homes, the developer, is building right near where Microsoft is constructing a 90-acre business campus. 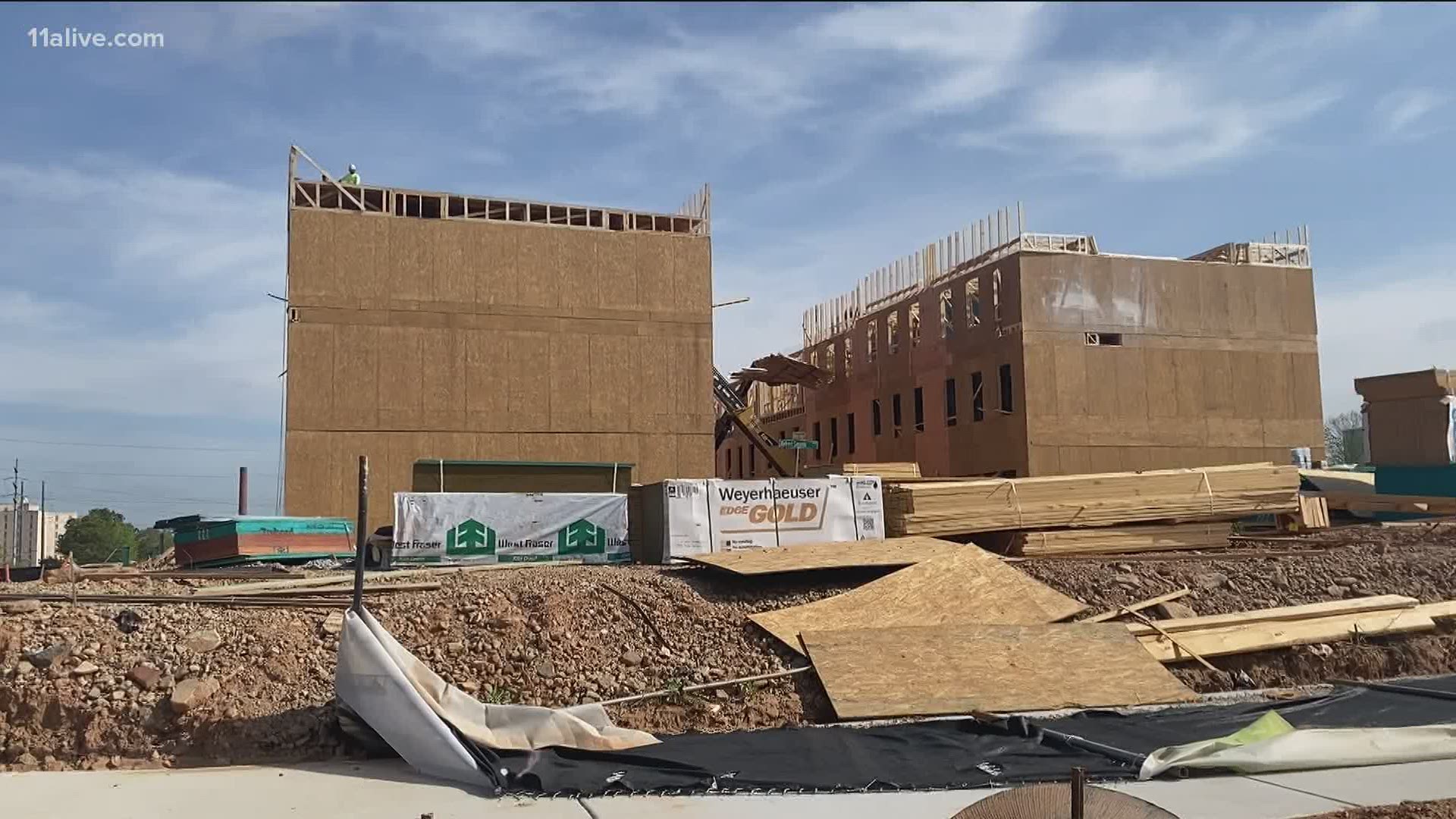 ATLANTA — New developments in Atlanta’s Bankhead neighborhood are reigniting longtime concerns in the community regarding the fears of gentrification.

The Ten29 West, a 61-townhome community that’s under construction on Donald Lee Hollowell Parkway, is priced at about $500,000 per unit.

Brock Built Homes, the developer, is building right near where Microsoft is constructing a 90-acre business campus.

Community members said the pace of the development is alarming, as the rate of revitalization bring up concerns of affordable housing.

Longtime Atlanta resident Carrie Salvary said this is an indication of the downside to gentrification.

“If you don’t have a certain amount of money, you’re not going to be able to live in this city,” Salvary said.

RELATED: Atlanta's westside residents urged not to sell their home

“We have to make sure we’re holding developers accountable for being inclusive, especially when coming into low income Black and Brown communities,” Brown said.

“We need to be able to have an eye to look for opportunities to have new development without displacement. That's the project that we all should be on. That's the goal that we should be fighting for,” Dickens said.

Dr. Mark Baker, an elected official in the city of South Fulton, said gentrification is a widespread concern throughout metro Atlanta.

“None of this starts at the stem. It normally starts at the root. So these are things that have been festering for some time,” he said.