The EPD wants to close the Covington BD plant due to its release of ethylene oxide. 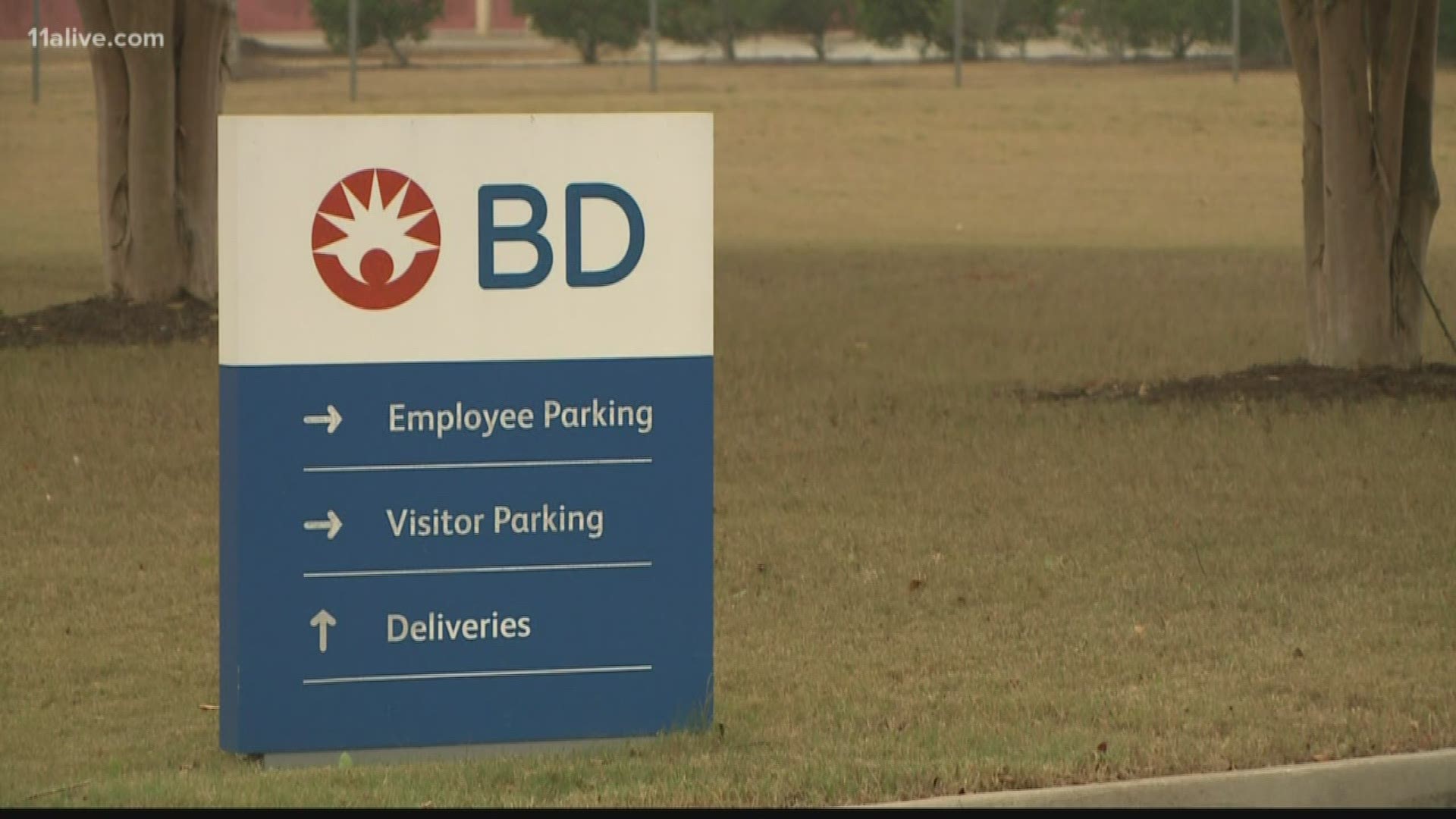 COVINGTON, Ga. — On the heels of the Georgia Environmental Protection Division's motion for a temporary restraining order requesting a shutdown of the Becton, Dickinson and Company (BD) plant in Covington, BD has filed a formal response opposing the TRO and providing a detailed explanation as to why.

According to BD, the EPD had not notified BD that its Covington plant was in violation of its Air Quality Permit, the Georgia Air Quality Act, the federal Clean Air Act or any other environmental regulation.

BD insisted that the EPD said they were in full compliance with all applicable laws and regulations, and that as recently as October 2, Georgia Gov. Brian Kemp had indicated that he appreciated the company's efforts to provide information on their progress toward meeting the commitments made in August 2019.

In late September, BD discovered there had been an accidental release of ethylene oxide from the Covington plant due to a valve found not to be fully closed. BD officials said that once they discovered the problem, they worked to quickly rectify the issue. They said they have since installed a permanent solution which removes the possibility of future accidental releases of that type.

BD says they have worked in a cooperative and transparent fashion to address concerns raised by officials from the EPD, the governor's office and the city of Covington.

The EPD says BD has not cooperated with the governor's office, however, they said that all of their records indicate otherwise, pointing to regular weekly -- and sometimes daily -- communications with the EPD and the governor's office since August 2019. In addition, there have been five in-person meetings with staff and officials from the EPD since June 2019.

BD says they have complied with "all applicable laws and regulations, including the permit conditions cited by EPD in its Motion."

BD goes on to say that if the TRO is granted and the plant forced to shut down, it would have "immediate and potentially disastrous consequences on the supply of sterilized medical devices in Georgia and throughout the United States, which would directly impact the provision of critical medical services and patient care."

They quote the U.S. Food and Drug Administration regarding the possible closure of the Covington plant, saying, “[t]he last thing we want to see is another closure. The capacity for contract sterilizers is already strained. Our biggest concern is any strain actions might cause in terms of medical device availability.”

BD mentions a surgeon in southwest Georgia, who they said relies on sterilized equipment from their facilities, saying that surgeon "believes a shutdown of the Covington facility would make it difficult to obtain necessary medical devices and would put his patients at risk."

They close their response by saying that the court must examine the evidence of lack of it as provided by the EPD and insists that the EPD is not entitled to an injunction under Georgia law.

Late Friday afternoon, the FDA issued a warning to medical device sterilization facilities across the nation that rely on ethylene oxide in order to sterilize medical equipment, regarding the possible forced closure of additional plants. This comes in the wake of actions at the BD facility in Covington as well as Sterigenics plants in the Chicago and Atlanta areas.