His co-workers describe him as a talented photojournalist and a friend to everyone he met. 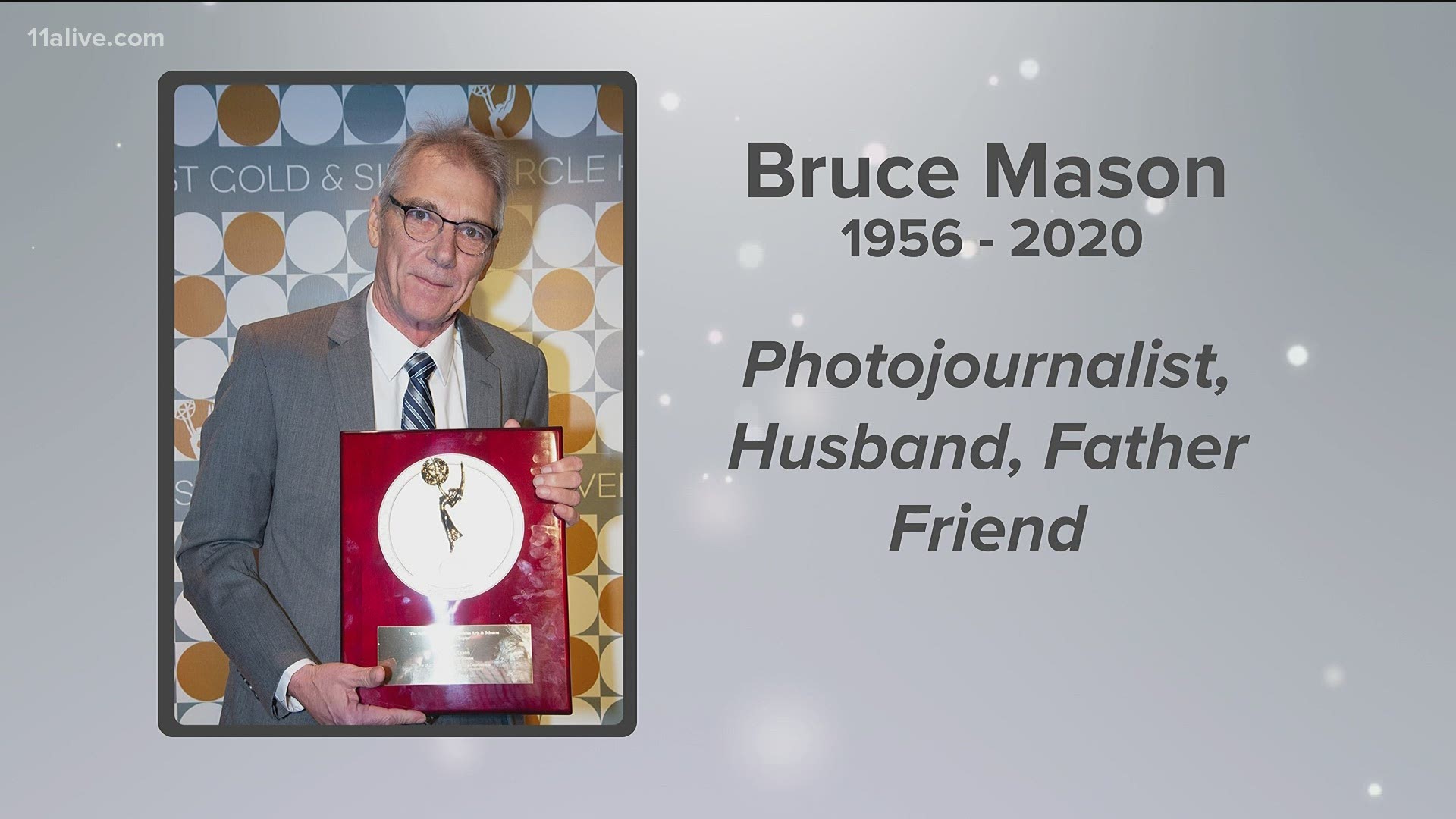 ATLANTA — A beloved member of the 11Alive family, Bruce Mason, has passed away. Bruce's co-workers describe him as a talented photojournalist and a friend to everyone he encountered.

As a young teenager, he began his career behind a camera filming church services. He landed his first job in television at WECA in Tallahassee, where he covered the infamous Ted Bundy case.

Two years later he moved on to WTLV in Jacksonville. In 1982, he joined the 11Alive family.

For more than three decades, Bruce was part of a dynamic duo documenting history while hovering in the skies above Atlanta. Bruce and SkyCam pilot Bruce Erion were household names, perfecting their craft to the point, where they made the dangerous look cool.

"Have you seen this video of him hanging out of the helicopter? It is so great," said Jennifer Leslie, a former 11Alive reporter.

"It didn’t look that safe to me," said David Brooks, an 11Alive photojournalist. "I said I would fly but I’m going to sit in my seat with my seat belt tight."

When Bruce Erion left, he took over reporting from the chopper.

"And you would’ve thought he had been doing it his entire life," said 11Alive reporter Jerry Carnes.

When Bruce wasn’t flying, he was visiting schools.

"Bruce and I would visit schools for our noon show three days a week," said 11Alive Meteorologist Chesley McNeil. "And he was so good with the kids it got to the point they begin to ask for him instead of me."

Bruce was good with school kids but he was also a dad.

"I’ve always been the cool kid for that because he would show up with Chris or Chesley," said his daughter, Storey Mason. "Everyone would say 'if we hang out with Storey’s dad we might end up on TV.' And I would say, 'yeah, if you hang out with me you might get on TV.'"

Bruce also liked to refer to himself as Atlanta’s photographer because he would shoot events for three of the local stations.

"Bruce was kind of like this mythical figure to me," 11Alive Chief Photojournalist Jon Samuels said.

"I remember someone telling me he was on this Japanese game show, 'I’m like get out of here, you’ve got to be kidding me'," Samuels said. "Sure enough...he is on a Japanese game show. I guess he was the answer to this trivia question."

In September 2019, Bruce was inducted into the National Academy of Television Arts and Sciences Southeast Chapter Silver Circle.

Bruce will be missed by his friends, family and his team members at 11Alive.