King said Brooks' death showed that even Atlanta, a city famed for Black empowerment, 'is not immune to the problem of systemic and structural racism.' 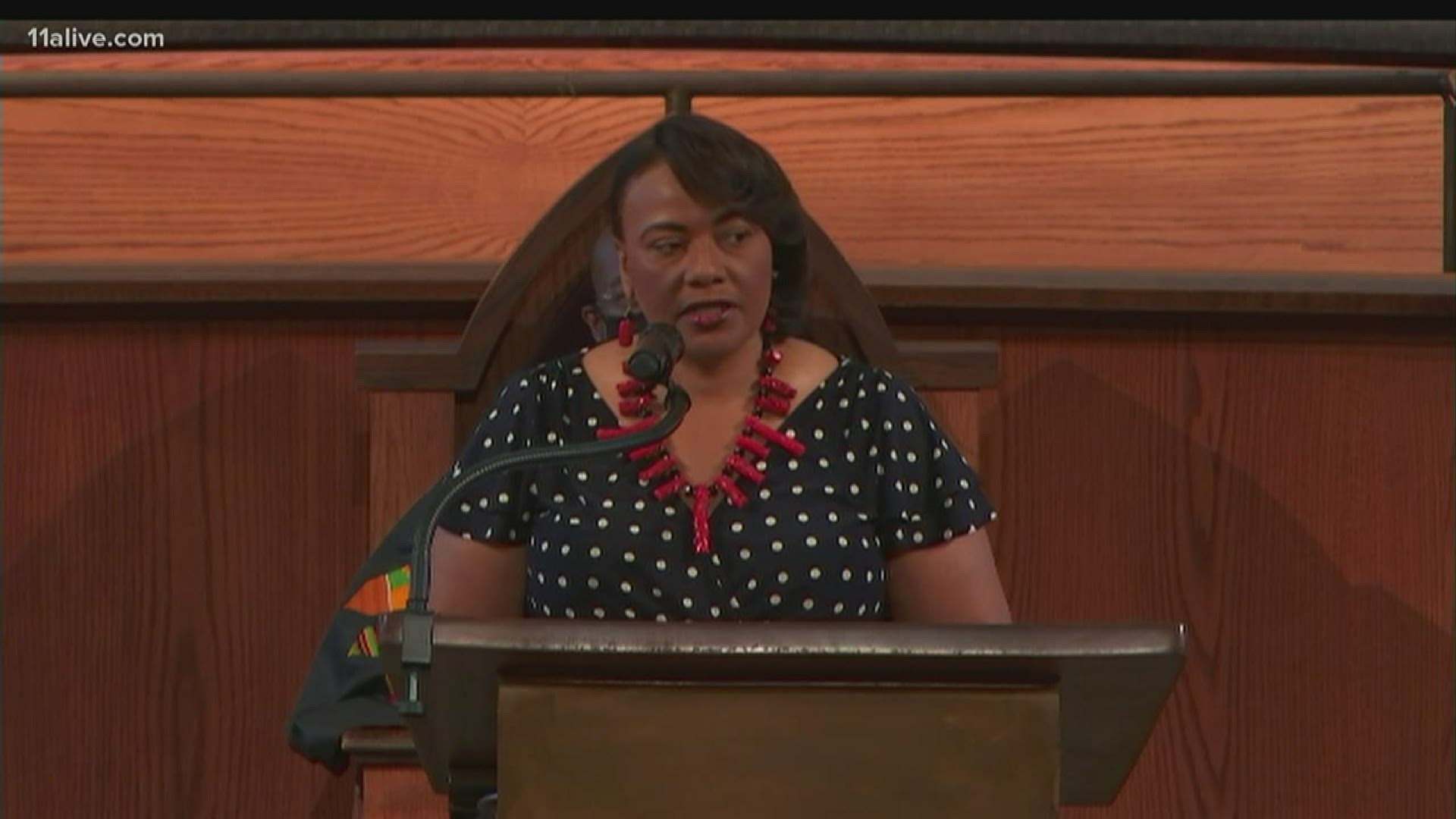 ATLANTA — In impassioned remarks at the funeral of Rayshard Brooks, Bernice King said "Atlanta is being called to task now to respond to the age old racism virus" and called for continued action "until Black lives matter" across the world.

King, the daughter of Martin Luther King Jr., said Brooks' death showed that even Atlanta, a city famed for Black empowerment, "is not immune to the problem of systemic and structural racism."

Brooks was shot and killed on June 12 by an Atlanta officer as he ran with an officer's taser following a suspected DUI stop. The killing set off a wave of anguish in the city, body cam video showing it unfolded suddenly as officers tried to arrest the father of four after what had appeared to have been a largely calm and cordial interaction.

Activists have said it could have been avoided, and highlights issues with overpolicing and the probation system, which Brooks talked openly about in a past interview.

The two officers involved have been charged, including felony murder for the one who shot Brooks.

At his funeral, King echoed those themes.

"We really should not be here today, this did not have to happen to Rayshard," King said. "There are so many ways that Friday, June 12 could have ended, and a police killing did not have to be one of them."

She said what was "especially troubling about this killing of an unarmed man is that this time it hit our home base."

"No justice, no peace," she added, hearkening the popular call that has rang out on streets throughout the country these last weeks since the death of George Floyd.

King evoked the year enslaved Africans were first brought to the American colonies - 1619, saying Atlanta "is being called to task now to respond to the age old racism virus - COVID-1619."

"This time the answer is not more diversity and inclusion. It's now time for Black Lives Matter," she said.