The days of unregulated scooter share programs in Atlanta could be numbered.

On Monday, the Atlanta City Council voted 13-1 to allow e-scooters, like Bird and Lime, to stay on city streets - but with stricter regulations.

On the table for consideration was whether the companies had to apply for permits that could cost up to $12,000 a year for 500 of the sharable electric rides. There were also talks underway about putting in place a rule that scooters be parked upright - and not blocking sidewalks.

A quick walk near the Atlanta BeltLine or any in-town park will reveal several of the scooters - either under the feet of a rider or strewn near the roadways.

So the discussion also included the possibility of fining the companies up to $1,000 a day for any violations. 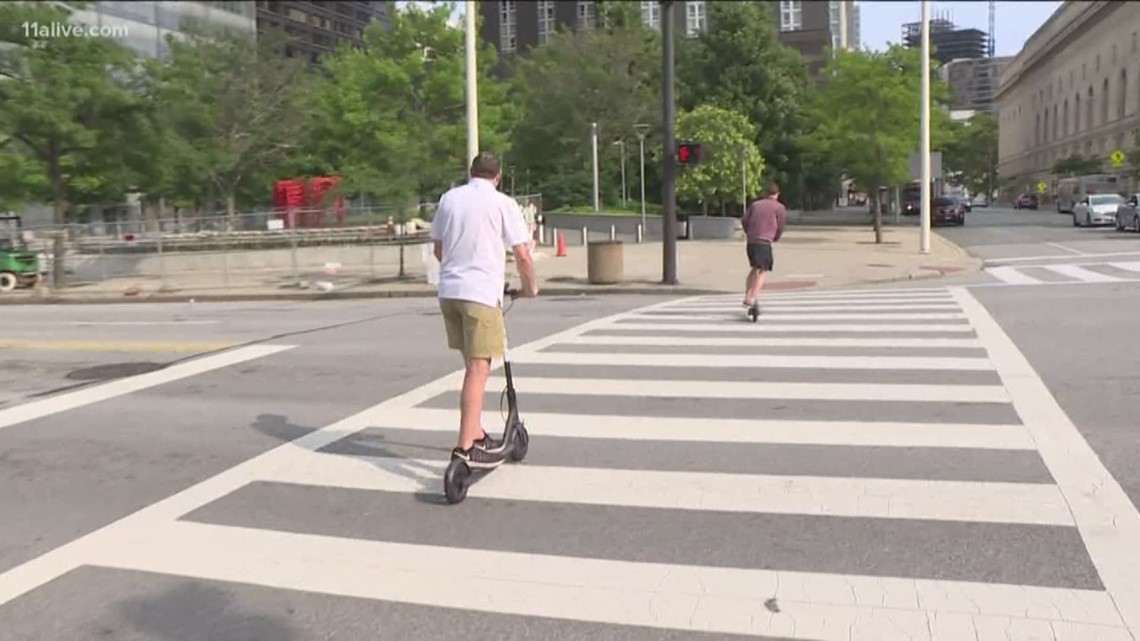 Regulations for scooter use, parking up for debate in Atlanta
Dockless scooters generate buzz up throughout Atlanta -- a lot of people enjoy using Birds, Lime Wire and other scooters to get around, but others have expressed dismay about where people ride and park them. The Atlanta City Council's Public Safety and Legal Administration Committee will host a public hearing on proposed new rules on dockless scooters during a public hearing at 3 p.m.

"It's pretty standard for something like that. I think we're a super-busy city, and there are cars and bikes and people walking and I think this type of moving vehicle needs some type of regulation to keep everyone safe," one person said.

"One thing I can say is they make foot traffic hard, other than that I enjoy them," said another.

This comes after the Decatur city commission adopted an interim agreement to regulate the scooters and Athens-Clarke County temporarily banned bird scooters altogether.