"I was determined to represent my city and my story. I wanted people to see where I came from and how I could keep up with them," a Grady High School student said. 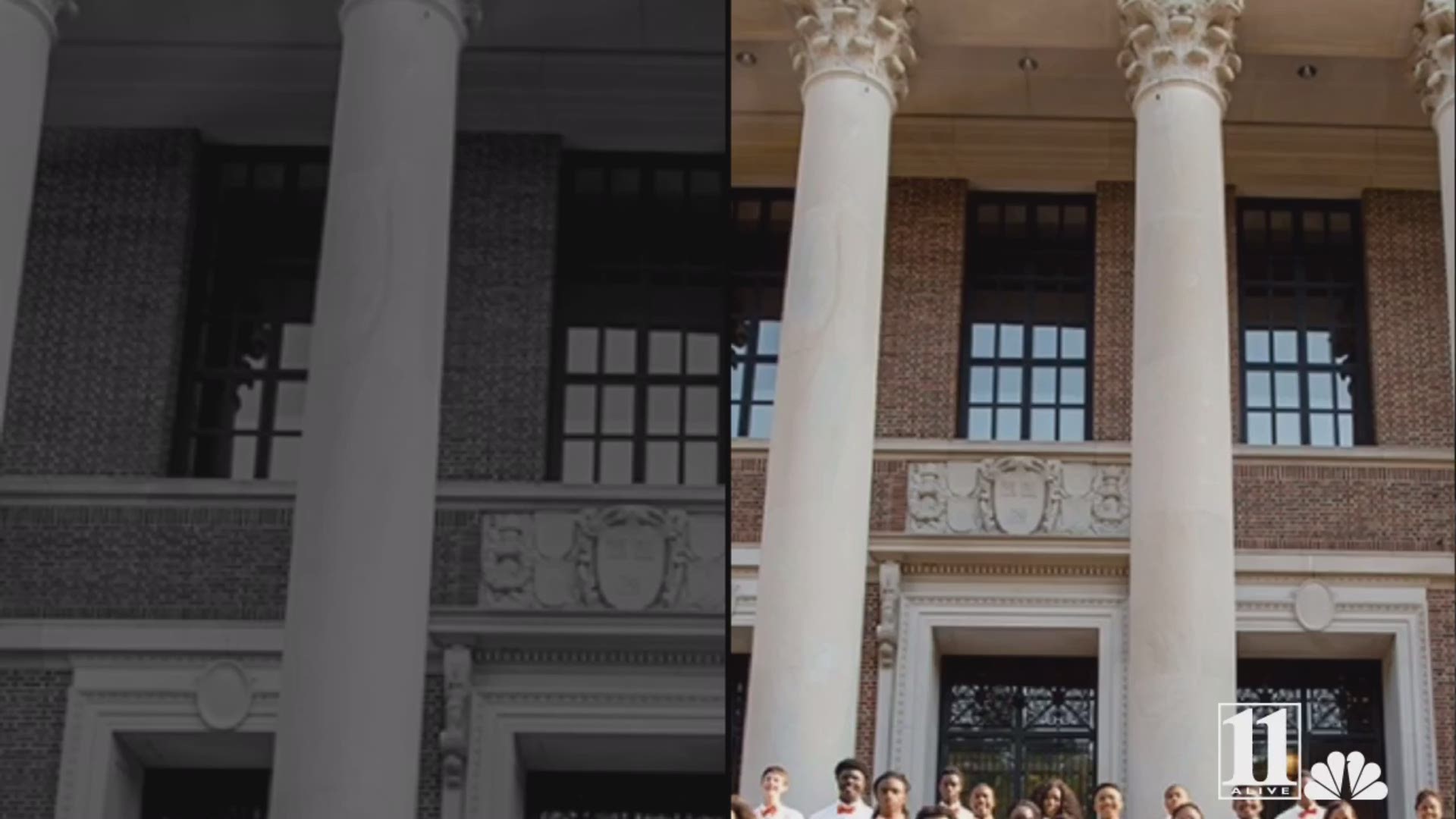 ATLANTA – A group of 25 young Atlanta scholars made history over the weekend.

On July 14, Atlanta’s Great Debaters returned to Atlanta from Harvard University as champions after they participated in an annual residency hosted by the Harvard Debate Council. The Council holds a single-elimination tournament that allows students to apply the acquired knowledge and skills in competition.

The Harvard Debate Council divided the students into various teams who competed against youth from across the world including Asia, Europe, and Russia. Throughout the competition, ten of the 12 Atlanta teams advanced to the octo-finals, six went on to the quarter-finals while two teams competed in the semi-finals.

“Being a young, middle class, black, public school student from the South created a stigma that automatically set me back in comparison to the competition, most of who were international students or from predatory schools in the Northeast,” Jordan Thomas said.

“I was determined to represent my city and my story. I wanted people to see where I came from and how I could keep up with them,” Thomas said. “To bring the championship back to Atlanta was the most satisfying feeling, and to walk onto the campus of one of the most elite universities in the world and meet personal and council goals, brings a unique and new satisfaction that I’ve never experienced.”

Thomas was not only one of the 25 Atlanta students, but one of 400 from around the world who descended onto Harvard’s campus. The students underwent a daily 10-hour academic regimen, learning from highly accomplished debate professors and instructors who engaged them through rigorous curricula centered on research, analysis, argumentation and political science.

Of over 150 applicants, the 25 students were selected as the Harvard Debate Council Diversity Project (HDCDP) class where most of them were inexperienced debaters from 16 different metro-Atlanta schools.

“What separates the Diversity Project from other academic groups is that it is not a competition between each other, rather it is an incubator of intellect and a cultivator of brilliance,” Thomas said.

Brandon Fleming, a Harvard University Assistant Debate Coach and founder of the HDCDP, helped the Atlanta students reached their full potential. Fleming recognized the lack of African-American presence at the Harvard summer program over the years which led him to establish HDCDP as an Atlanta-based pipeline that would recruit, train, and send students of color to Harvard on a full scholarship.

“You can find nothing but support in this family in everything that you do," Thomas added. "This family brings people together. No matter which school we attended or socioeconomic status, we all fall under the same umbrella and accomplished our goal together.”

The Diversity Project will open applications for the next cohort to train at Harvard in Summer 2019. With the application not opening until August 15, more than 350 nominations have already been submitted.