'It never dawned on us not to': Black restaurant owners discuss thriving in Atlanta, representing in 2021

'Quite often, Black-owned businesses are underserved and underfunded, so it does help us out. It supplements the bank loans that a lot of us aren't getting.' 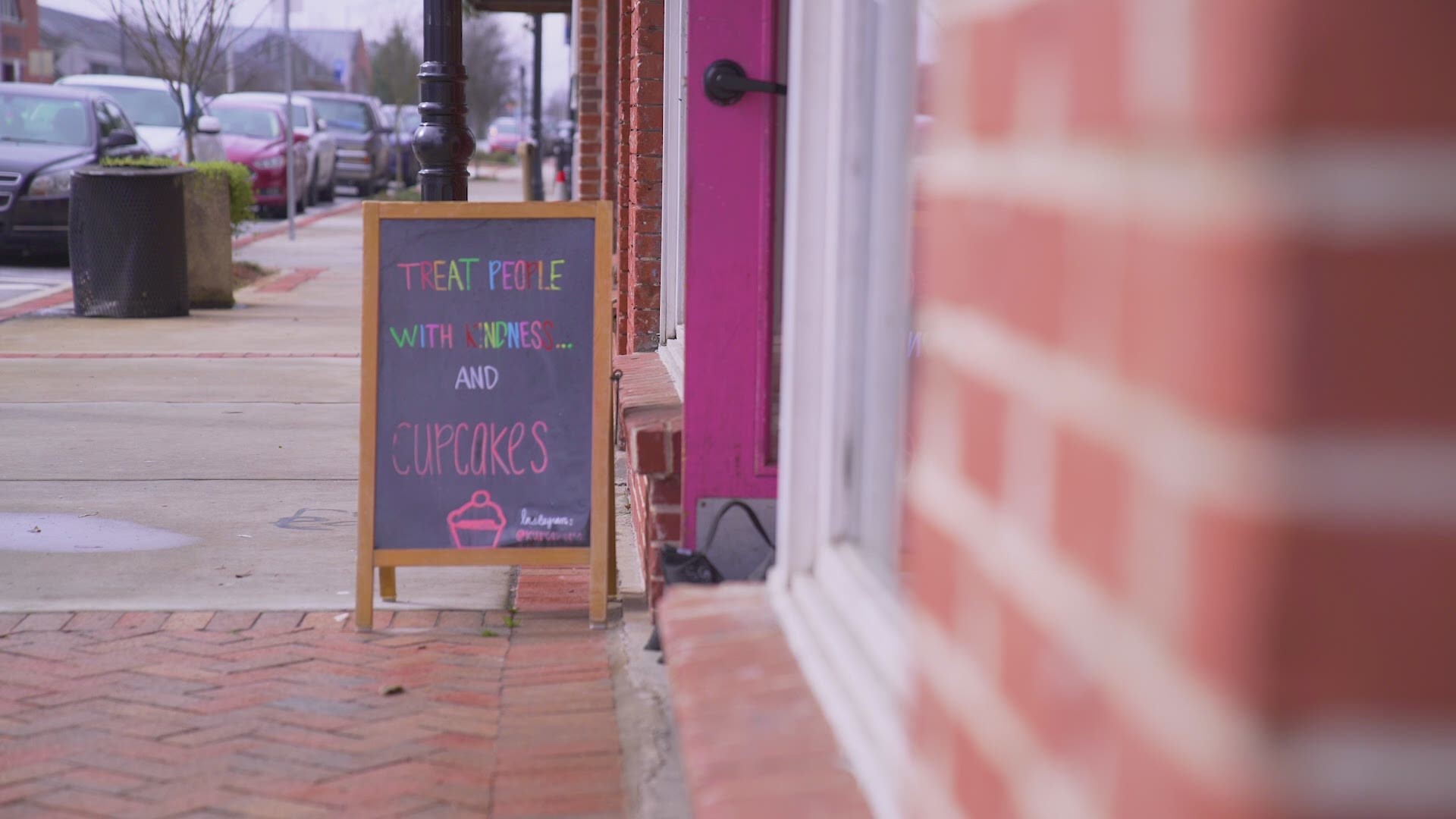 ATLANTA — Black History Month is not just about history. It’s about understanding the present and paving an equitable path for the future.

Between the COVID-19 pandemic and the racial unrest seen nationwide, 2020 – and now 2021 – has become a pivotal time for Black-owned businesses.

For Henry and Kascha Adeleye, who run Kupcakerie in East Point, part of their mission has been rewriting the narrative around their community.

“South of I-20 is typically where most of the minority people – Black people – live," Henry Adeleye told 11Alive's Matt Pearl. "So there’s this narrative in Atlanta that you should never go south of I-20: 'You’ll get robbed. There’s so much crime. You’ll get your car broken into. There’s no hope.'"

Kupcakerie is part of a revitalized chunk of Main Street across the street from a busy MARTA station.

“To prove people wrong," says Henry Adeleye, "and to kind of change the narrative of East Point, is powerful.”

Danielle Bonaparte lives on the opposite side of I-285. She set up her bakery, Sweet Brown Suga, with her sister, Karima Goodman, in Gwinnett County.

“We’re in a predominantly white neighborhood," she says. "When we decided to set up here, it was mainly because we lived out here. It never dawned on us not to.”

Yet in that neighborhood, Bonaparte and her sister made their identity clear at the front door.

“With a name like Sweet Brown Suga, when we were first deciding where we would locate ourselves, we were also deciding about our logo," she says. “We thought about it and decided that we were the logo, and we needed to brandish it.”

The next step? “We took that R off of sugar, and the rest is history.”

Today Bonaparte takes pride in the diverse customer base that comes to the shop to order butter bars, quiche, and other delights.

It's similar to what Brandi and Jermail Shelton have discovered with their tea house, Just Add Honey, situated along the Atlanta BeltLine.

“We started as a pop-up on Auburn Avenue, and then we moved to the Sweet Auburn Curb Market,” Brandi Shelton recalls. But when the pandemic hit, they settled into a primary location on John Wesley Dobbs Avenue. It's given them a larger space to come up with creative measures to adapt to the pandemic.

“We don’t take our location for granted," Brandi Shelton says. “Old Fourth Ward meeting Inman Park connects two types of communities that are unlikely circles, and they are coming here for a cup of tea.”

The pandemic has challenged all restaurants in 2020. But particularly after the deaths of George Floyd and Breonna Taylor, and the outcry across the nation that followed, many have sharpened the focus on supporting Black-owned businesses.

“When you talk about the unrest," Bonaparte says, "it was heartbreaking. When I think about George Floyd and Ms. Taylor, it was so traumatic to see and hear about and envision.”

“But then to have every race come into our bakery - and we sit and talk all the time - it lets me know that there is good. Not so long ago, I had people say, ‘Oh, I saw you online. I’m supporting Black-owned businesses today, and you’re on our tour.’ To open this business and now be on a tour? It's very surprising and very humbling.”

For many, it's also empowering.

“When people shop Black," Jermail Shelton said, "it is putting money inside a community, and we do feed our people. Quite often, Black-owned businesses are underserved and underfunded in terms of investments, so it does help us out. It does supplement the bank loans that, quite frankly, a lot of us are not getting."

All would like the emphasis to be on the product.

“I don’t want to ever take away from our struggles or our skin at all, but I want you to join us because the tea is good," said Brandi Shelton. “I don’t want you to check a box just because it’s February. It should be 365."