Sheriff Keybo Taylor postponed his swearing-in ceremony when he tested positive for COVID-19. 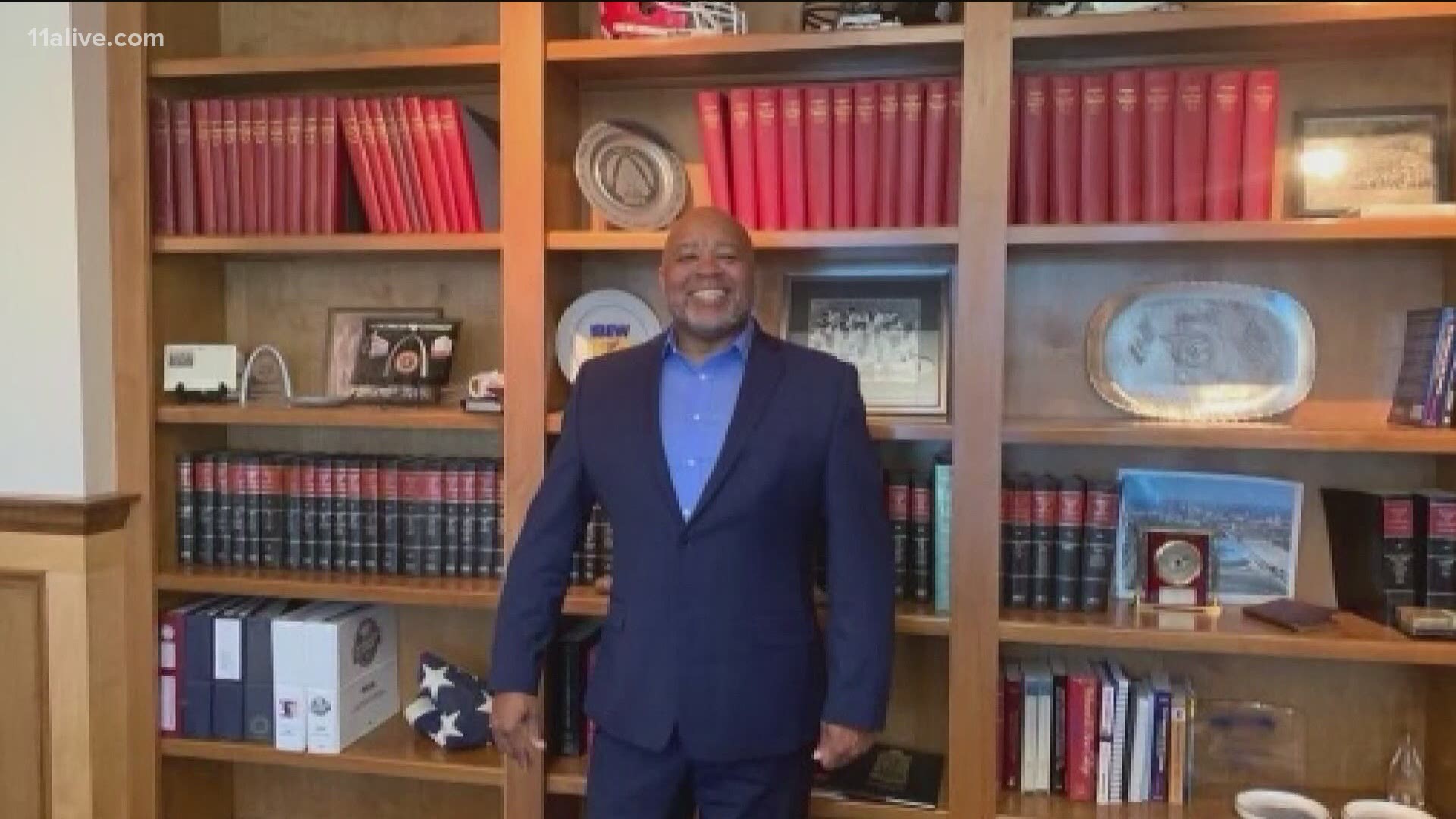 GWINNETT COUNTY, Ga. — Keybo Taylor's swearing-in ceremony will be historic. As Gwinnett County's first elected Black sheriff, Taylor said he will use the ceremony to launch a new way of policing.

"What we want to do is use this as a celebration," Taylor said. "It’s not just about Keybo Taylor or the accomplishments of Keybo Taylor. It is more a celebration of Gwinnett County and where we have come.”

Taylor spoke to the growing diversity of Gwinnett County, which has seen a shift from red to purple to blue over the past two election cycles.

"They want to be treated the same as anyone, whether it's on a traffic stop, an arrest situation, any type of contact they'll come into with law enforcement," Taylor explained.

The native Georgian ran as a Democrat and was elected sheriff in November 2020, garnering 57% of the vote over Republican challenger Luis "Lou" Solis Jr.

Taylor's swearing-in ceremony was postponed in December when the Sheriff-elect at the time contracted coronavirus. Taylor told 11Alive he has since received the first shot of the COVID-19 vaccine and would be getting his second dose soon.

Eighty people were invited to the ceremony Saturday, Feb. 27, at an auditorium inside the Gwinnett Justice and Administrative Center. All guests will be required to wear masks while the auditorium holds one-third of its capacity.

Taylor has been in law enforcement since 1983. He credited his inspiration to civil rights leader John Lewis, who was badly beaten by police during the 1960s. Taylor said he hopes to serve with the same courage and confidence Lewis had and restore confidence to policing.

Taylor takes over the position of Gwinnett County sheriff at a time of heightened tension between the public and law enforcement. He has promised to rebuild that trust through community interaction, public partnerships, and education.

Taylor has already ended Gwinnett County's involvement with the controversial 287(g) program, a partnership with the federal Department of Immigration and Customs Enforcement that allows deputies to screen people coming into jail to figure out their legal status. If they're in the country illegally, the inmate could eventually be deported by immigration authorities.

Taylor has also disbanded the Rapid Response Team, which came under fire for how deputies addressed incidents among inmates in the county jail. Taylor said he would implement more de-escalation training as well.

The sheriff said he would put an emphasis on reaching out to the county's youth by aiming to curb gang violence, drug-related crimes, instances of bullying and human trafficking cases.

“We do have to put resources, funds, and efforts toward education and partnerships with our youth," Taylor stated. "We want to go with a preventative measure rather than an enforcement measure.”

Taylor is one of eight black sheriffs in Metro Atlanta. He joined the ranks of nearly a dozen first-time Black elected officials in Gwinnett County. While Taylor said he did not feel any additional pressure in being the county's first Black sheriff, he called it an awesome responsibility.

"We are the first, but we must not be the last," quoting Vice President Kamala Harris. "And might I add one other thing, nor should we be the only."