In 1984, Baldwin was the first black woman become superintendent in Georgia. 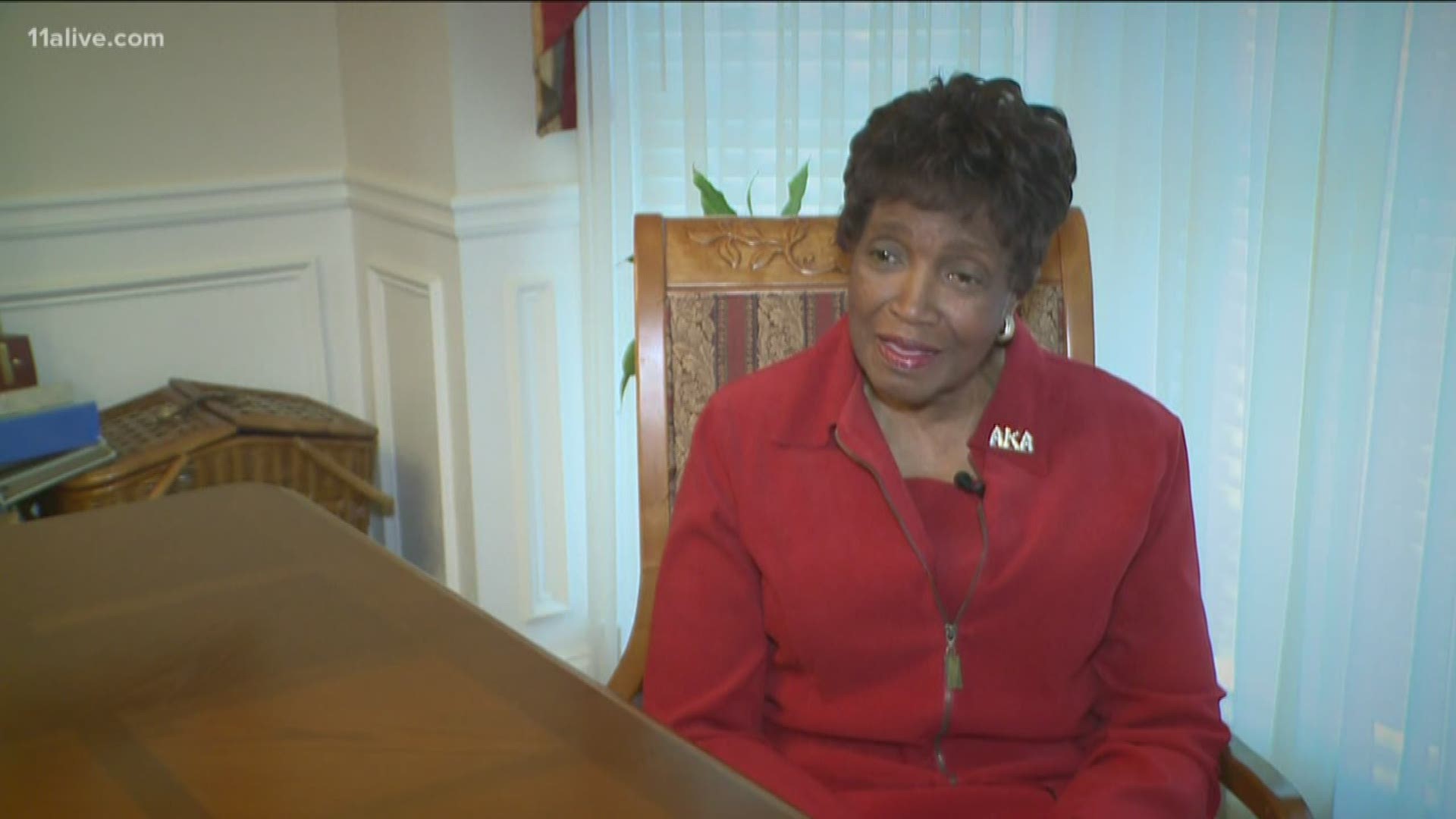 GWINNETT COUNTY, Ga. — When she thinks about her life, her service to others and where she came from, Beauty Baldwin can’t help but to smile.

“My motto is that we are only here on this earth for one reason and that’s to serve. You serve until you can’t,” she said.

Baldwin is from Deepstep. a small town in central Georgia.

“I promised the good Lord that if he ever got me out of that cotton field that I would do whatever was necessary not to get me back there,” Baldwin said.

She said she would hurry to finish her schoolwork in order to help her peers.

“My mother couldn’t help me with my work, but she would stand there at night with that lamp,” said Baldwin

She would later attend Savannah State and landed her first job at John Lewis High School in Ellaville after graduating in 1963.

Baldwin would make her way to Gwinnett County and eventually become the principal at Buford Middle School in 1980.

However, in 1984 an unexpected opportunity opened to become superintendent of Buford City schools.

She credits her husband Lucious.

She would become the first black woman to hold the position - a position she held for a decade before opening Hopewell Christian Academy in the late 90s.

“I was ecstatic! It was a big surprise,” she said smiling.

However, the honors didn’t stop there.

On Tuesday, the community once again gathered to celebrate her after Gwinnett County named the voter registration and elections building after her.

She found out about the honor after receiving the bicentennial trailblazer award in 2018.

“When you make roadways into things that were not before you’re making history. This the route that I came. This is how it was for me now you can continue this,” she said.

Baldwin told 11Alive’s Nick Sturdivant that it’s important for her to continue to work.

She is still a member of both the North Metro Academy of Performing Arts board and the Gwinnett County Election’s Board.

‘God is with us and we are going to restore this institution’: New Morris Brown College president works to reestablish school