The legendary real people behind some of Atlanta's street names

Preserving the memories of Civil Rights icons through Atlanta's street signs and names. 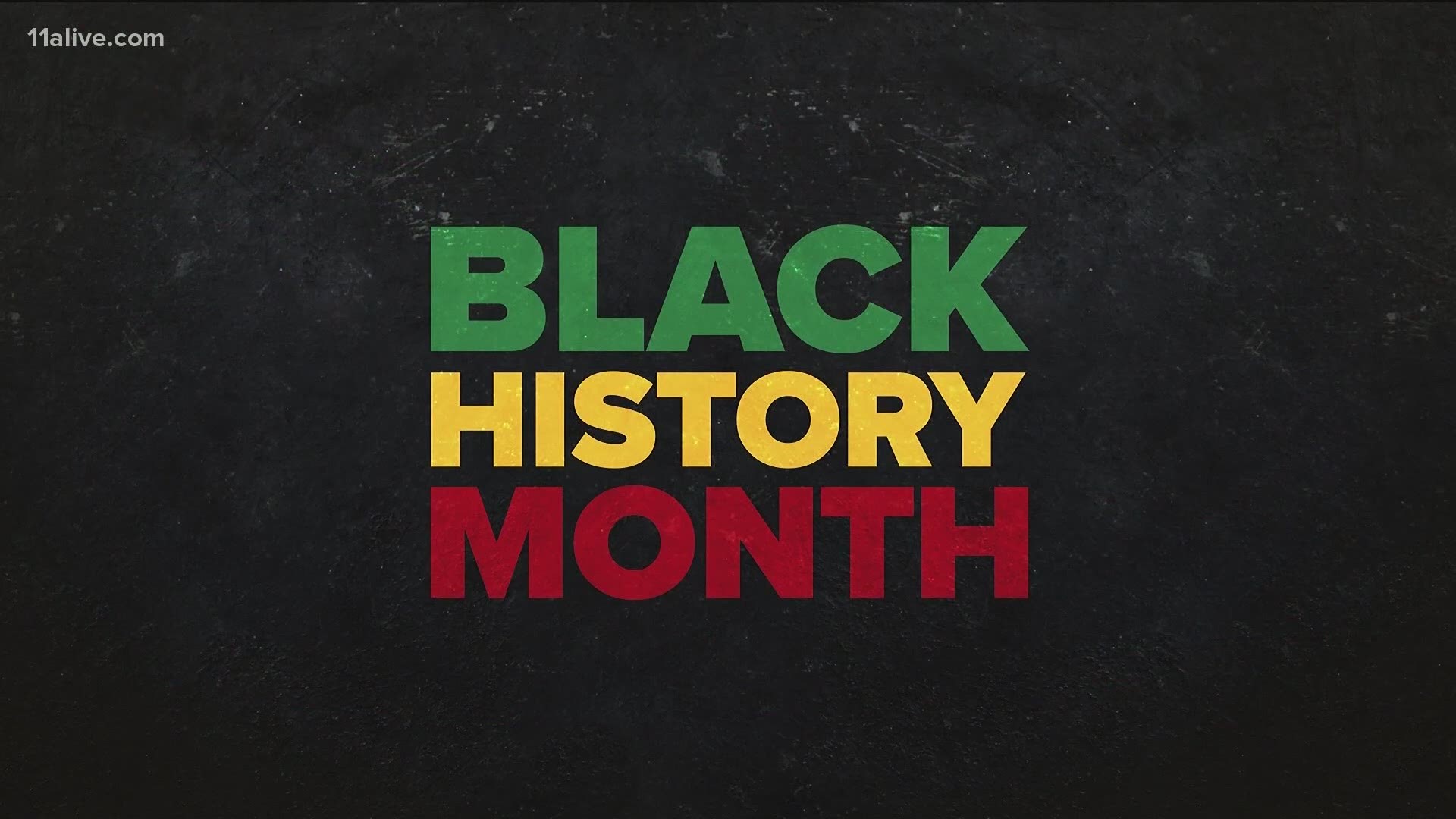 ATLANTA — Stemming from the activism and infrastructures paved by Civil Rights leaders, Atlanta continues to be the heart of Black enterprise and influence today. Many of the city’s role models are honored through Atlanta’s street signs.

Some of these names are well known, such as John Lewis Freedom Parkway or Martin Luther King Jr. Boulevard, but there are others also responsible for shaping the city we know and love today.

In honor of Black History Month, 11Alive takes a trip down some of these iconic Atlanta streets to discover the people behind signs.

Dr. Clarissa Myrick-Harris is an Atlanta native and public historian. She knows these streets like the back of her hand.

"I think a part of what happens in the city of Atlanta. We find that we have so many people who are new to the city and they have no clue what these different name street names mean," Dr. Myrick-Harris explains, "Or they may have come to the city a certain time. And it was a street was named one thing, and they blink their eyes and it was named something else. And it's frustrating for some people everywhere. Why do they keep changing the names? Well, they change. It's a very intentional process."

She grew up in a neighborhood right off of what is now Joseph E. Boone Boulevard in a community called Urban Villa.

Joseph E. Boone was a key Civil Rights organizer who marched with Martin Luther King. King called him the "chief negotiator" for Operation Breadbasket. This organization was instrumental in increasing job opportunities for African American workers.

Boone even served in an appointed position by Georgia Gov. Jimmy Carter.

Known as the unofficial Mayor of Auburn Ave., John Wesley Dobbs was involved in the NAACP and fought for racial equality during segregated Atlanta.

"John Wesley Dobbs, an icon, a larger than life figure, but a very real grassroots person when it came to helping the black community," said Dr. Myrick- Harris.

Dobbs was a grandmaster of the Prince Hall Masons, a status which helped him establish the Atlanta Negro Voters League.

"Atlanta became an incubator very early on for black leadership, and John Wesley Dobbs was someone who was at the forefront of that," added Dr. Myrick-Harris.

Dobbs is also the grandfather of Mayor Maynard Jackson, the namesake of Hartsfield Jackson International Airport.

"Jessie Hill lived in my neighborhood," said Dr. Myrick-Harris," He became the top executive of the Atlanta Life Insurance Company."

One of Atlanta's early Black activists, William Holmes Borders was a crucial leader in the beginnings of the Civil Rights Movement.

"It's said that Martin Luther King Jr. patterned his preaching style off of that after of William Holmes Borders. King looked up to Borders as a mentor and a role model. Actually, the families were very close," explains Dr. Myrick-Harris.

Not only was Borders the pastor of Wheat Street Baptist Church on Auburn Avenue, but he was also at the forefront of movements to desegregate city busses.

Borders worked with John Wesley Dobbs and other leaders to integrate the Atlanta police department in the 1940s and became prominent in the efforts to improve the quality of life for African Americans in the city.

Credit: ASSOCIATED PRESS
African American Ministers crowd around their leader, the Rev. William Holmes Borders (center), and discuss plans for their next steps after ignoring segregated seating rule on a public bus ride in Atlanta on Jan. 9, 1957. Some of the sat in the front part of the bus with white passengers seated behind them contrary to transit company regulation. (AP Photo/HC)

Benjamin Mays was the president of Morehouse College from 1940 to 1967.

He worked with King to organize the Montgomery Bus Boycott in the 1950s.

Xernona Clayton may be one of the only women Civil Rights activists with a street name dedication.

Clayton is a pioneer in terms of television. She is the first African American female to host a prime-time television show in the South.

"She's still with us and still vital and still doing all kinds of wonderful things," said Dr. Myrick-Harris.

She was also a part of Martin Luther King Jr. and Coretta Scott King's circle.

"In fact, she actually drove King to the airport to get the plane to Memphis for that fateful trip in which he was actually assassinated," explains Dr. Myrick-Harris, "And she was with Mrs. King when she got the news of her husband's death."

Rev. Dr. Joseph Lowery was another Civil Rights giant. He co-founded the SCLC, and is often considered the "Dean of the Civil Rights Movement."

Lowery was awarded the Presidential Medal of Freedom in 2009 by President Barack Obama.

What was originally known as Hightower Road on the city's west side, is now Hamilton E. Holmes Drive. Hamilton Holmes was one of the first black students to integrate the University of Georgia.

These icons stand the test of time, still offering direction to this day.

"It's so important for people to know when to drive down and walk down these different thoroughfares that they are named in honor of some important people, not only to the black community, but to the city at large, to the state and to the nation," said Dr. Myrick-Harris, "And so it's wonderful that we are preserving their legacies, but it's also important that people know what that legacy is."