Mary Frances Early was the first black person to graduate from the University of Georgia back in 1962. 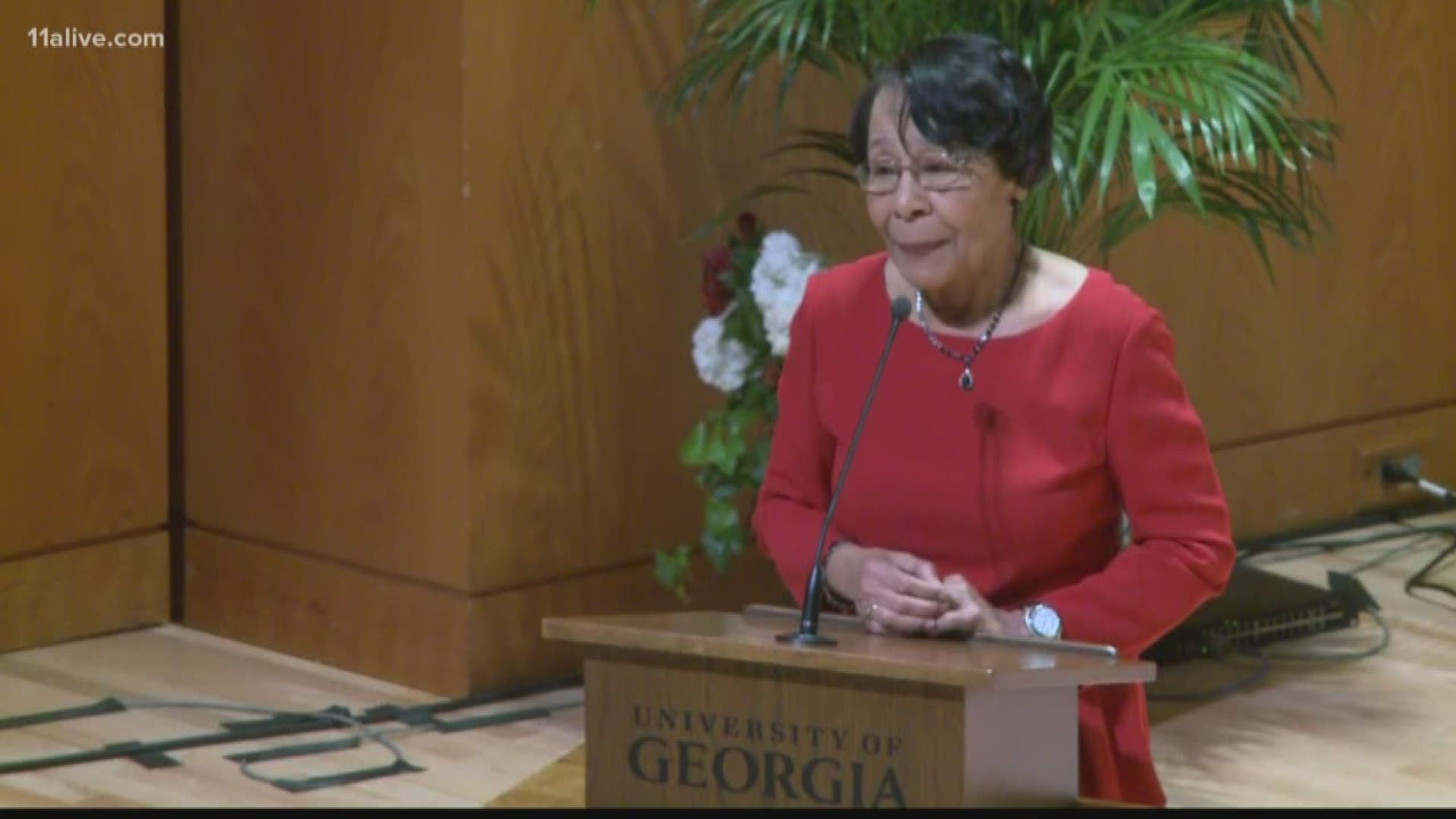 ATLANTA — An influential African-American graduate from the University of Georgia is having a college named to honor her trailblazing contribution to collegiate racial equality efforts.

Mary Frances Early was the first black person to graduate from the University of Georgia back in 1962 with her educational specialist degree, according to her page on the university's official website.

UGA has named the college as the Mary Frances Early College of Education.The Board of Regents approved the name change back in October. Tuesday afternoon, a ceremony was held to celebrate.

"It's mind-boggling," she said. "Nothing that I could have ever imagined."

Early's journey started in 1961 when she was obtaining her master's at the University of Michigan. UGA's website states, "Early [was] inspired by the violence surrounding Charlayne Hunter's and Hamilton Holmes' integration of the University of Georgia."

Many people at the university and across the state are familiar with Charlayne Hunter-Gault and Hamilton Holmes, who made history as the first African Americans to attend the university back in 1961. Their courageous strides and perseverance laid the foundation for Early that year as she began the process of transferring to UGA.

1 / 5
ASSOCIATED PRESS
Miss Mary Frances Early, a African American music teacher in Atlanta June 8, 1961, will enroll at the University of Georgia in Athens Monday, for a summer quarter of graduate work. A teacher in Atlanta’s John Hope Elementary School, she will be the third member of her race to enter the nation’s oldest land grant college. At left on the piano is a plaque awarded to Miss Early as Teacher of the Year for 1959-60. (AP Photo/Harry Cabluck)

After her acceptance, Early graduated with a master's in music education from UGA. Five years later, she graduated with her educational specialist degree, according to a timeline provided by the university.

This is not the first time Early has been honored by UGA for being a trailblazer in many ways. She has been bestowed an honorary doctorate of law degree, the UGA President's Medal and a portrait in the administration building.

With her family by her side Tuesday, Early was given a tour of the places around the College of Education that shares parts of her life.

"I'm so happy to have them share this moment with me," she said.

Quotes posted on the walls, pictures on digital billboards, are now in full view to inspire generations to come.

"This naming I think for the entire campus and our college really speaks volumes of our commitment to not only diversifying our student, faculty and staff population but to making sure everyone has the opportunities to thrive," said Denise Spangler, the dean for the College of Education.

Editor's Note: This story has been updated to correct that the entire college is being named in Early's honor.