The late Maynard Jackson's legacy has left a huge impact in a city he sacrificed so much for. Now, his family wants to share that story. 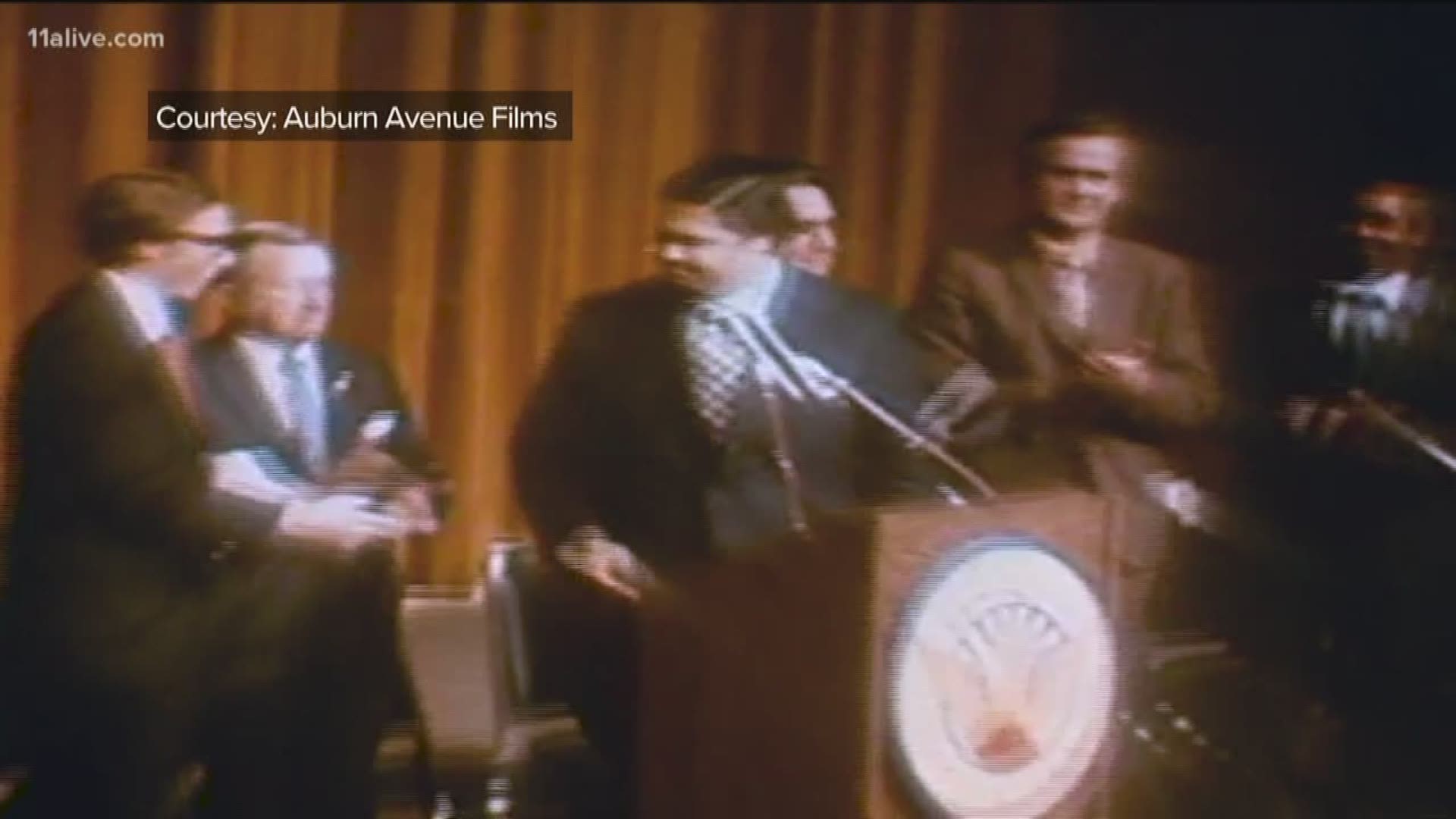 The family of one of Atlanta's most famous mayors sat down with 11Alive on Thursday to share untold stories about the man behind the office and more about an upcoming documentary about his life.

The late Maynard Jackson's legacy has left a huge impact in a city he sacrificed so much for. And now, his family wants to share that story - about a husband, a father and a hometown icon.

"To me, my dad was Superman," Maynard Jackson III said. "He was just dad. I knew that he had a presence in the city. I knew he was a leader, but I still wanted him to come home and throw the football."

Jackson III said that about 2 years before, he had an idea to do the documentary. He said his dad, the first African-American mayor in Atlanta, was more than a politician elected during one of Atlanta's most transformational periods.

Historian Maurice Hobson, who authored the book "The Legend of the Black Mecca," said Jackson's legacy comes down to caring about people.

"He was a gifted politician, but he was an even more generous man," Hobson said. "He transitioned out of this world because he gave so much."

Jackson's leadership sparked a groundbreaking demographic shift that changed the city's politics. And since his term, African Americans have consistently been elected mayor of Atlanta.

"Maynard Jackson understood that the demographic that would elect him would be a progressive white vote but also the black masses," Hobson said. "Not just the black elite or middle class. So Maynard Jackson was truly the man of the people."

The family said the film features interviews from former president Bill Clinton, Al Sharpton, Jesse Jackson and so many others.

"This humanizes him, oftentimes when our leaders transition and they're no longer physically here with us, we only think about the iconic things that they've done," Wendy Eley Jackson said. "But Maynard was. There was a lot of sacrifice. There was a sacrifice for this city - his love more than anything else in the world."

As the film sums up, so many lives are better off as a result of him having lived and loved Atlanta.

The film has already had a world premiere in New York at a film festival. It will be featured at the Atlanta Film Festival on April 14.

There's a lot of excitement around it and the family said they can't wait to share it with their hometown.