The bank said the symbol on the card is one of love not Wakanda forever. 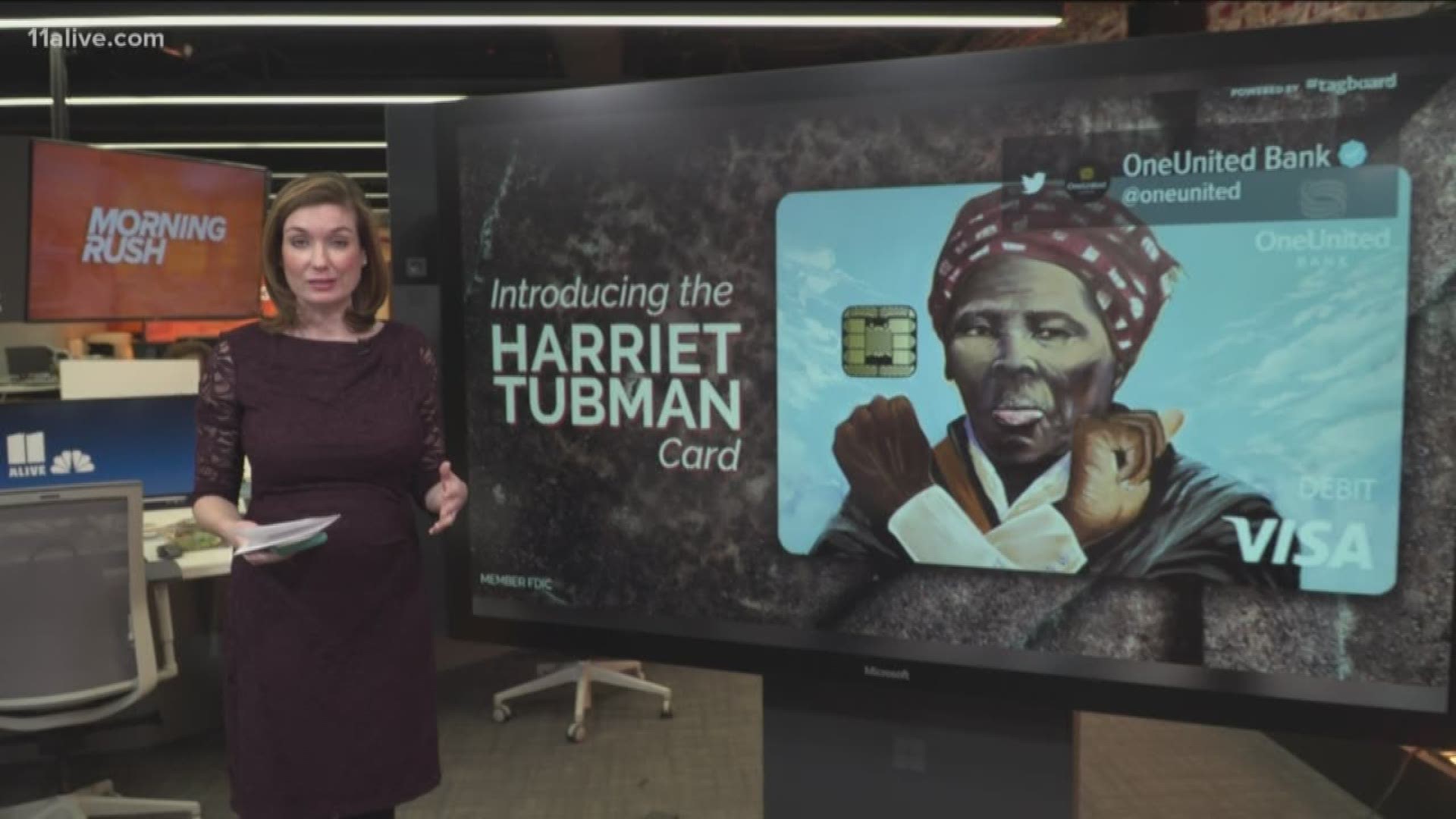 The card is receiving a lot of backlash for what many on social media are calling the "Wakanda forever" position, from the hit movie "Black Panther," of the famed abolitionist's hands.

The card displays Tubman with her arms across her chest. The bank tweeted a statement on Thursday saying, "Harriet Tubman is the ultimate symbol of love - love that causes you to sacrifice everything, including your own life. The gesture is the sign language symbol for love. It's so important that we love ourselves."

People across social media are offering a variety of different views on the matter. Some people said the design is just awful.

However, others said they see the effort and will support the design.

"We have the power to place Harriet Tubman on a global payment device in celebration of Black History Month," states Teri Williams, President & COO. "This symbol of Black empowerment in 2020 will pave the way for the Harriet Tubman design on the $20 bill."

The Harriet Tubman Visa Debit Card is the first limited edition card offered by OneUnited Bank and will only be available in 2020. The card image is from the painting "The Conqueror" by the internationally acclaimed artist Addonis Parker. Anyone who obtains the limited-edition Harriet Tubman Card in 2020 can carry the card design for life.

Harriet Tubman not only escaped slavery, but she also made 19 missions to bring 300 others, including family and friends, to freedom. She also served as an armed scout for the Union Army and was an activist in the struggle for women's voting rights. Tubman is set to be on a redesigned $20 bill in 2028 due to her profound impact in history.

In addition to its limited-edition Harriet Tubman Card, OneUnited Bank will promote the "Right to Vote" theme for Black History Month to elevate the #BankBlack and #BuyBlack Movements to the next level and beyond. For more information visit www.oneunited.com/HarrietTubman.