The petition has 4,500 signatures so far. 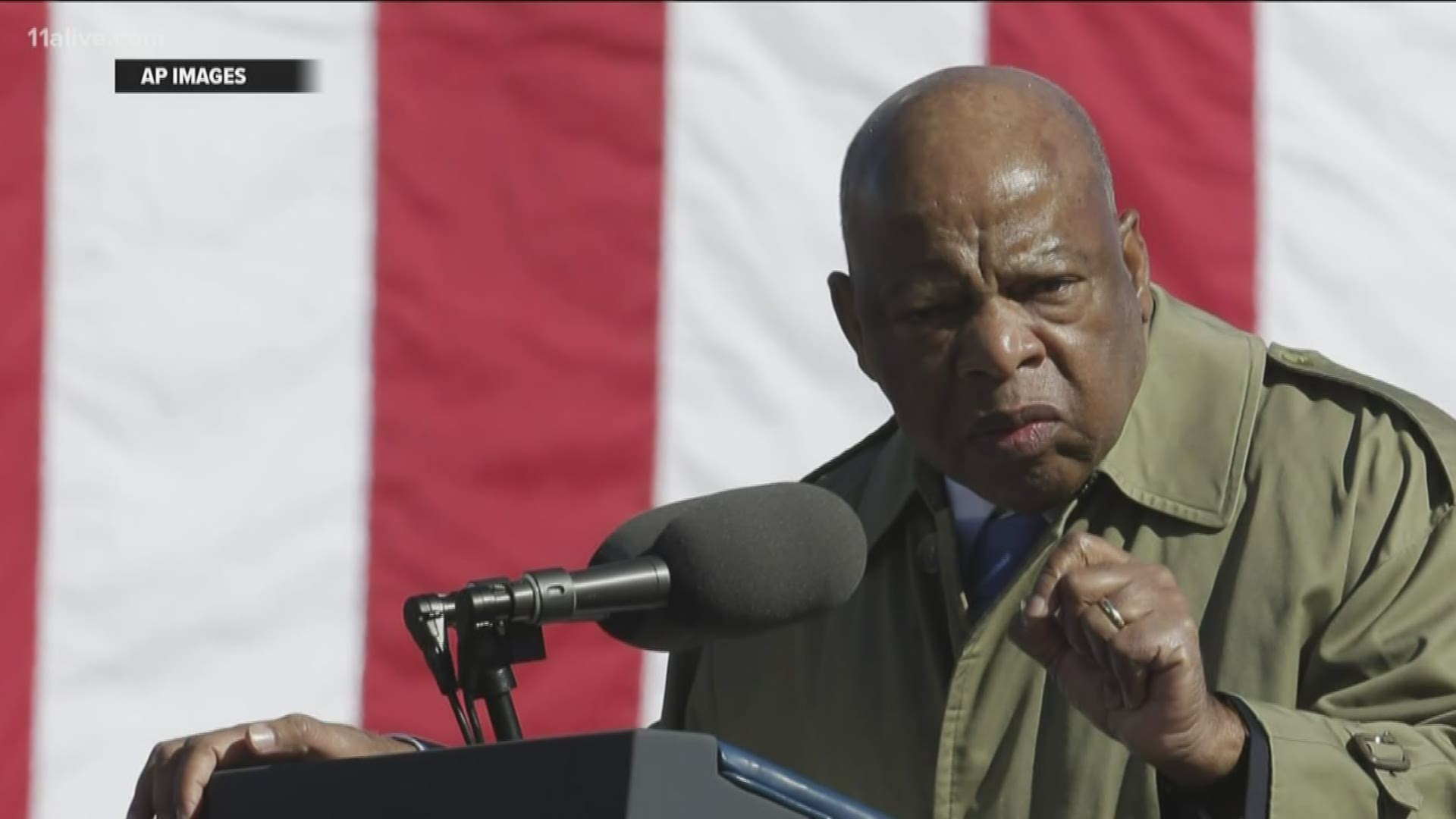 ATLANTA — A petition is calling for a famous Alabama bridge to be renamed in honor of Rep. John Lewis

The Edmund Pettus Bridge located in Selma, Alabama, is infamous in Civil Rights history. On March 7, 1965, Lewis and hundreds of other demonstrators, who were vying to protect the rights of black people to vote against measures like poll taxes and literacy tests, were brutally beaten by state troopers during a pivotal point in the movement known as "Bloody Sunday."

The moment helped hasten the passage of the Voting Rights Act of 1965.

Credit: AP
State troopers swing billy clubs to break up a civil rights voting march in Selma, Ala., March 7, 1965. John Lewis, chairman of the Student Nonviolent Coordinating Committee (in the foreground) is being beaten by a state trooper. Lewis, a future U.S. Congressman sustained a fractured skull. (AP Photo)

The petition on organizefor.org has nearly 4,500 signatures of the 5,000 they are aiming for.

"It's an important thing to honor Congressman John Lewis who is the son of Alabama and show that Alabama has changed to understand the importance of civil rights for all people, especially since Congressman Lewis spilled blood on that bridge in 1963," the petition reads.

Back in December, Lewis announced that he would be undergoing treatment for Stage IV pancreatic cancer. The announcement was received by an overflow of social media support from politicians, past presidents and members of the civil rights community.

This is not the first attempt to rename the bridge. The bridge is currently named after a confederate general who also served as a U.S. senator and Ku Klux Klan leader.

Everyone doesn't agree this is the best way to honor Lewis. U.S. Rep. Terri A. Sewell, of Alabama's 7th Congressional District, tweeted the best way to honor Congressman John Lewis is by "restoring the full protections of the VRA [Voting Rights Act] of 1965." Sewell went on to say it is a "thoughtfully symbolic" gesture. "...But passing a law that protects the rights of all Americans to vote is the ultimate action that furthers John's legacy."

RELATED: Why is Atlanta considered the mecca of the civil rights movement?