It happened Sunday at around 8 a.m. 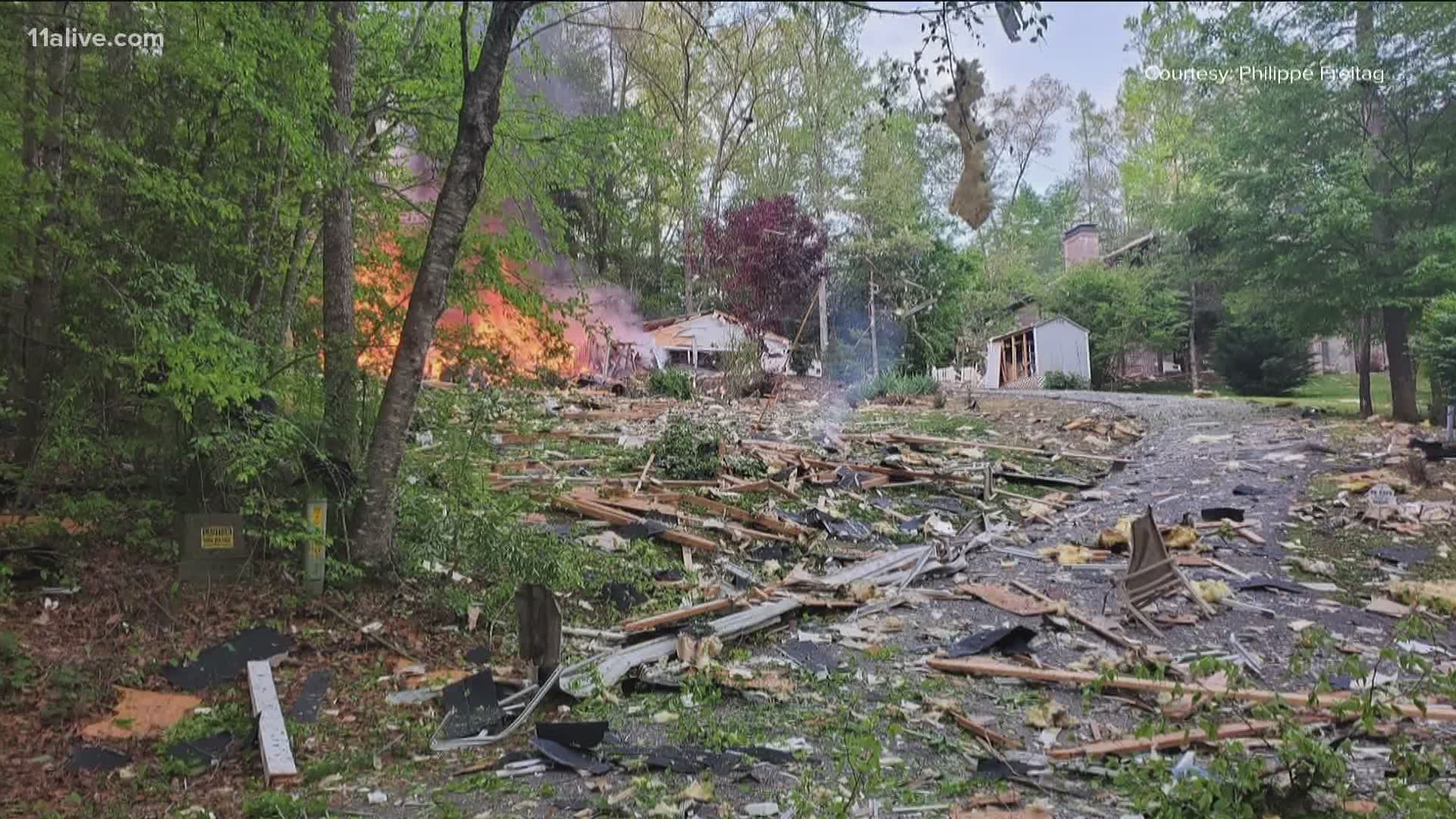 The Union County Fire Department said the explosion happened at around 8 a.m. at a home off Pauline Lane in Blairsville. They said the home is "totally destroyed" and that other homes were also damaged.

Many nearby residents took to social media to say they felt and heard the blast miles away. NBC affiliate WYFF in Greenville, South Carolina, said neighbors reported feeling the blast 25 miles away.

Philippe Freitag shared photos of the aftermath and said stuff on his walls were knocked down and that the home was "gone in flames in minutes."

One caller told 11Alive the debris from the blast made it into nearby Lake Nottely.