Bodycam video released: Man claims he was injured in 2020 arrest by officer who shot Rayshard Brooks

This week, Charles Johnson filed a federal lawsuit seeking $1 million from the City of Atlanta. 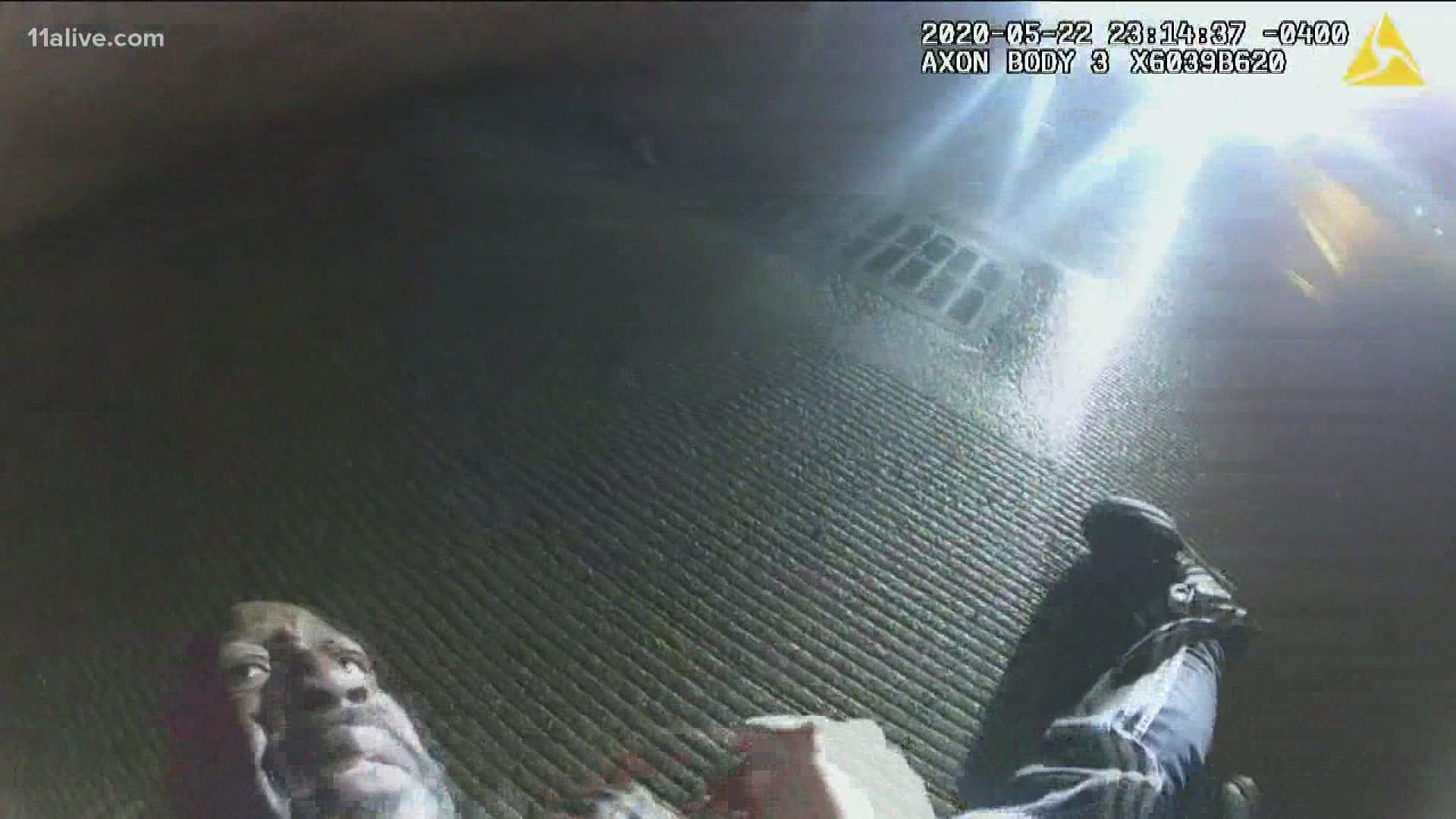 ATLANTA — Atlanta Police released bodycam video Thursday of a May 2020 police encounter where a man claims he was injured in an arrest by officer Garrett Rolfe - the same officer facing murderc harges for the death of Rayshard Brooks.

This week, Charles Johnson filed a federal lawsuit seeking $1 million from the City of Atlanta. The suit states Rolfe broke Johnson's collar bone, among other minor injuries, after stopping him for a DUI on May 22, 2020.

The incident happened less than a month before Brooks was killed.

A police report written by Rolfe said he was told Johnson had a dislocated shoulder. The police report indicates Johnson failed or refused a series of field sobriety tests, and the suit acknowledges he was "driving while intoxicated."

The bodycam video starts off with Rolfe approaching the car and he identifies himself. He tells the driver - Johnson - that he was speeding, going "85 in a 55." There's woman sitting on the passenger side.

Rolfe talks to the two of them and the man states he hasn't had any alcohol. However, Rolfe spotted a blue can in the car and asked Johnson to pass it to him.

“You got an open container, how much have you had to drink," he asked.

It's hard to hear the response, but Rolfe tells Johnson to step out of the car.

“Somebody was drinking it," he said.

The passenger shows Rolfe a pink cup and he directed her to open it and he smelled it. It's hard to make out her answer clearly when he asked he what was in the cup, but Rolfe later mentions that it is "wine."

The traffic stop continues as Rofle walked to the rear of the vehicle and talks one-on-one with Johnson.

They go back and forth and talk for a while and he eventually admits that he's had a beer. Rolfe continuously asks him to rate himself on a scale of one to ten with "one being completely sober and 10 being very impaired."

Johnson eventually answers that he felt "like a two" and that he was sober.

Rolfe: We got to make sure…

Rolfe: People tell me that all the time and they’re wasted.

Johnson: I understand that, but I’m not wasted.

Rolfe: I’m not saying you are, but I need to make sure for your safety and for the safety of everybody else on the road. You’re speeding, the roads are wet. You lied to me about not drinking.

They two continue their conversation for a bit longer before Rolfe returns to his patrol car. When he goes back to the vehicle to speak to Johnson who is still standing outside, Rolfe asked him to take a field sobriety test.

He initially agreed, but when he gets ready to begin the series of heel-to-toe steps, he starts talking to Rolfe again.

Johnson: Oh my god. Why is this happening to me. I’m just taking her home. I had one beer.

Rolfe: Cause you’re speeding and been drinking. And I want to make sure you you are safe to drive.

Officer: Your promises don’t mean anything to me. Alright? I got to make sure you’re safe to drive.

Eventually as they prepare to start the test again, Johnson admits to Rolfe that he won't be able to do it because he is tired, stressed and has anxiety. They two go back and forth a little longer before Johnson finally said he didn't want to do any tests.

That's when the tone of the encounter changes and Rolfe told him to put his hands behind his back. He tells him a few times as he grabs his arm.

The handcuffs appear in sight and Johnson tries to talk to Rolfe saying, "I'll try the test."

They go back and forth and then there is a struggle. It’s hard to see what happens next with the commotion, but when the camera view is clear again, Johnson is on the ground and Rolfe’s hand is on his face.

Rolfe: I said put your hand behind your back!

Johnson: Why are you doing this?

The camera falls off but the conversation can still be heard and Johnson yells, "I'm not resisting" and Rolfe said he was.

The passenger yells out for Johnson to calm down.

Rolfe called another unit to the scene and put Johnson in the back of his patrol car.

Johnson: You dislocated my shoulder I want you to know that.

Rolfe: Do you need an ambulance?

Johnson: My shoulder is [expletive] up. And you put the seatbelt on my shoulder.

When Rolfe asked again if Johnson wanted an ambulance to come to the scene, he said he was just going to "deal with it."

The lawsuit characterized Johnson as respectful and polite, having "never raised his voice" while speaking with Rolfe.

"At no time did (Johnson) use any force against (Rolfe) or do anything that would have provided (Rolfe) with a legal basis to use force against him," the suit asserts. "Because (Johnson) did not comply with (Rolfe's) command as quickly as the officer would have liked, (Rolfe) grabbed him and after threw him to the ground, thoroughly breaking his collarbone among other minor injuries."

Johnson's lawyers said in the lawsuit that it took two surgeries to repair his shoulder, and that he lost over $200,000 in income and medical expenses. It places blame on the city for the incident, saying it "has encouraged, tolerated, ratified and been deliberately indifferent" to use of force abuses.

Rolfe was fired by the city after shooting Brooks last summer, but earlier this month an Atlanta city board reinstated him to the police force, saying the city had not properly followed protocols protecting public employees in the firing.

Watch a portion of the encounter between Johnson and Rolfe below.