Pregnant woman who was stabbed on Brookhaven trail has emergency C-section, friend says

Her premature baby is okay, says the woman’s friend, but both the baby and the mom face weeks of medical treatment and recovery. 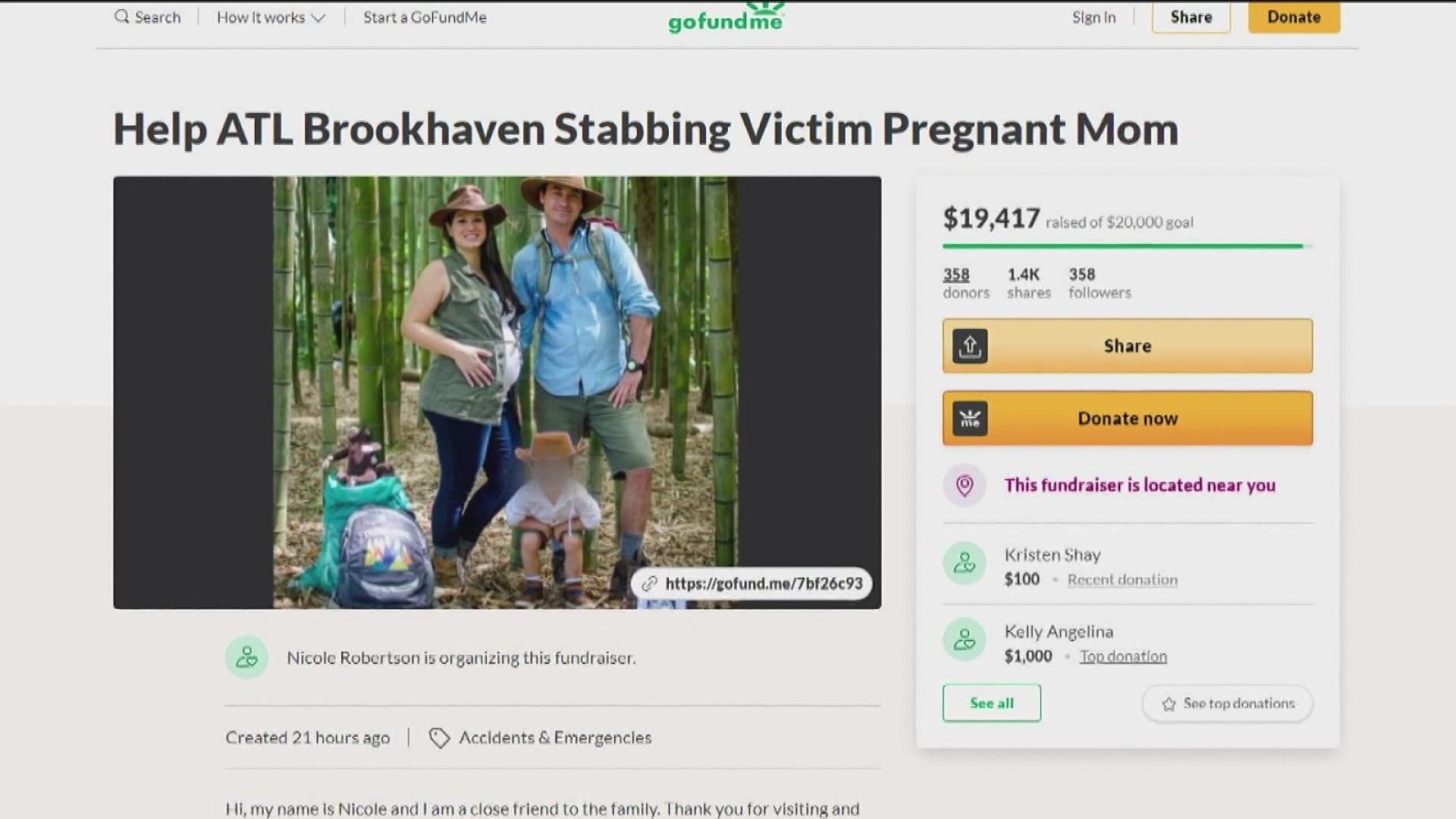 BROOKHAVEN, Ga. — A pregnant woman who was stabbed by a stranger in front of her three year old son on a walking trail in Brookhaven had to undergo an emergency cesarean section, according to a life-long friend on Tuesday.

Her premature baby is okay. They are both in an Atlanta hospital.

And police continue to search for the man who attacked them.

The woman’s friend posted a photo of the woman and her family taken prior to the attack, as well as new information, on an online fundraising site to support the family.

The friend, Nicole Robertson, wrote that the woman, a teacher who is just starting summer break, was five months pregnant when a stranger attacked her with a knife on the Peachtree Creek Greenway in Brookhaven -- stabbing her in the back Saturday afternoon in front of her three year old son while they were taking a walk.

The friend wrote she “had to have an emergency C-section and an invasive surgery on her organs to repair their functioning... (after) the man pulled a knife out and stabbed mama in the back many times in front of her son.... Her new baby is currently in the NICU and mama is recovering. Although they are healing they have a long road ahead of them and a very prolonged hospital stay.”

Brookhaven Police say the woman was a random target, and they continue to search for the suspect, who was seen on a security camera just off of the trail, on Corporate Boulevard near Buford Highway.

On the man’s cap -- the word “Dope” was written in several colors.

Police are hoping the man’s photo generates tips to help them identify him, and, they say, get him off the streets before he can attack anyone else.

Nicole Robertson’s fundraiser for the family, in less than 24 hours, surpassed the initial goal of $20,000.

Robertson declined further comment Tuesday, and she is not using her friend’s name on the fundraising site, as long as the attacker is still on the run.

The woman, a victim of violent crime, Robertson wrote, but a survivor along with her family, who “are so appreciative of all the love and support.”

“Anyone with information about this incident, any witnesses to the crime, and/or anyone who can identify this suspect is asked to call Brookhaven Police at 404-637-0636. Anonymous tips can be submitted to Crime Stoppers by calling 404-577-TIPS(8477) or online at www.crimestoppersatlanta.org. Tips can result in a cash reward.”