Kamau Gant says he has no more tears left, as he pleads for help identifying and catching the driver who killed his sister. 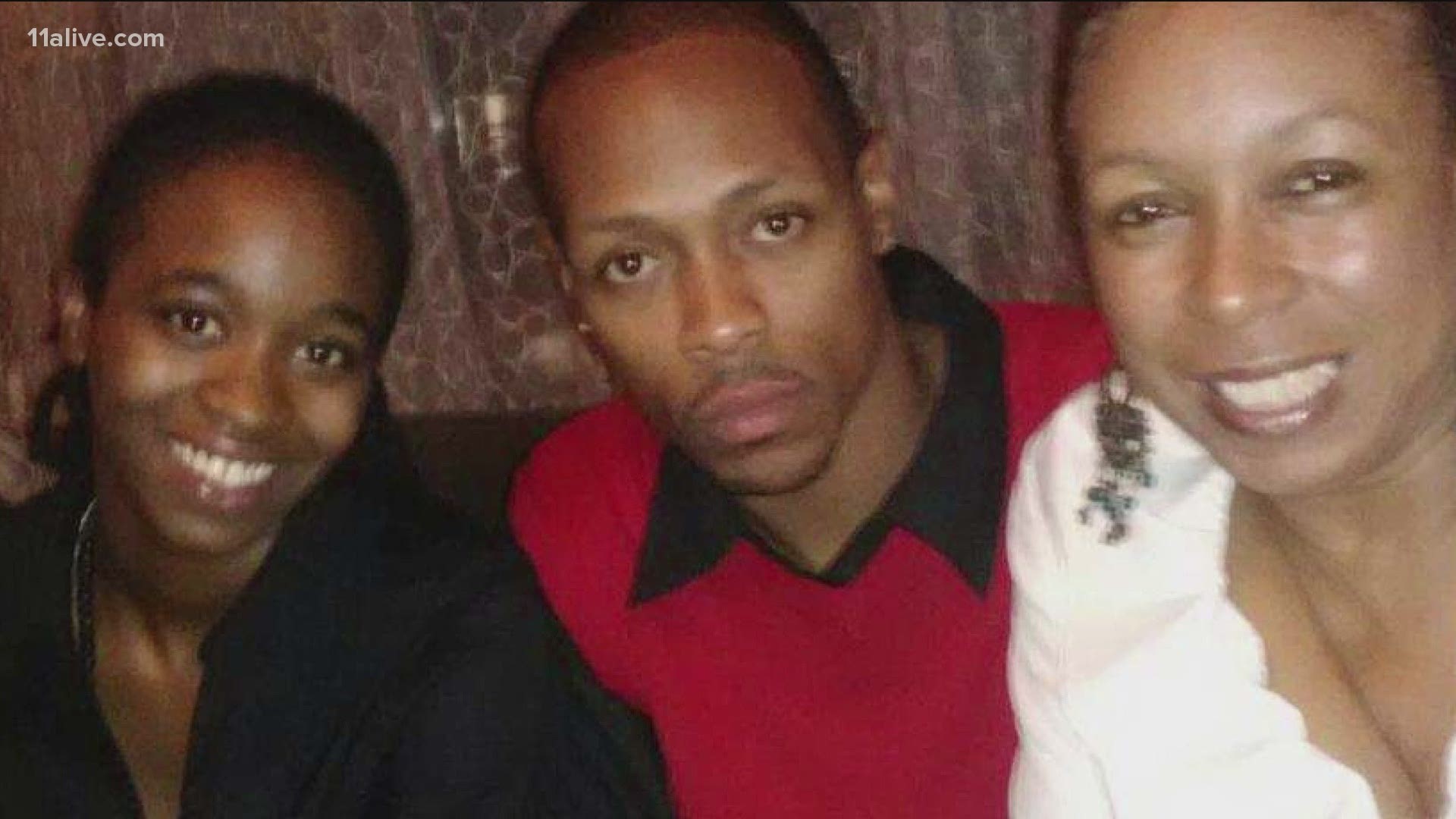 A heartbroken man is asking everyone, again, for help.

His sister, Rasheeda Covington, was killed in a hit-and-run collision a year ago. He is sure someone knows something that might help Atlanta police finally solve it.

This is a man who in the past year has endured unimaginable loss. He cannot explain any of it.

He talked of how there just is no understanding any of it as he tries to bear it.

“I cried so much, I don’t even have any more tears to cry.”

On September 21, 2019, a hit-and-run driver killed his 28-year-old sister, Rasheeda, while she was walking on the shoulder of Georgia 400 at Lenox Road.

She’d just gotten out of her friend’s car after an argument, and was trying to get home, to safety.

Atlanta Police found the bumper of the car that struck Rasheeda.

They’re looking for a gold Honda Accord, made sometime around 2003 to 2007. The collision caused extensive damage to the front end, and to the windshield.

“Some body shop, some relative, somebody would have had to see that significant damage with what happened,” Gant said.

Gant is pleading with people to call police with tips.

And after Rasheeda was killed, their mother, Beverly Covington, in her grief, suffered a stroke. Four months later, on January 28, 2020, disoriented, she walked out of her hospital in Jacksonville onto the interstate, and a car struck and killed her.

That driver did stop to help.

“I mean, I can’t even make it up,” Gant said, taking a deep breath to try to speak about it. “I don’t know, I mean I lost my sister and my mother the same way in four months.”

Rasheeda, he said, brought life to every party. She was an accomplished cook, working at a Sandy Springs restaurant, training to be a sous-chef. Her goal was to open her own food truck business.

“She loved to cook, and she just wanted to bounce around wherever she was at, and just let everybody taste her food and just cook… She had so much life to live, and so much to give life itself.”

And Beverly, Gant said, was simply the heart of the family.

“You just blink and you look up and they’re just gone,” he said.

And he can’t explain any of it, aching to reach people who know who killed Rasheeda, or who might have a helpful tip, to plead with them to help police bring that person to justice.

“It’s a very heartless act, and I would never understand how somebody could be so heartless,” he said.

“Knowing that that person is still out there, and they are still walking these streets, it’s like they can do this to another family, tear another family apart. They just need to be brought to justice, and somebody just needs to have an ounce of sympathy and empathy…. All I’m just asking for is somebody just to come forward and just have some sympathy,” so his sister and mother, he said, can finally rest.

Crime Stoppers Atlanta is offering a reward in the case. People with information can contact Crime Stoppers anonymously at 404-577-8477