He told police that he left the vehicle running for a short time to provide air conditioning for the dog. 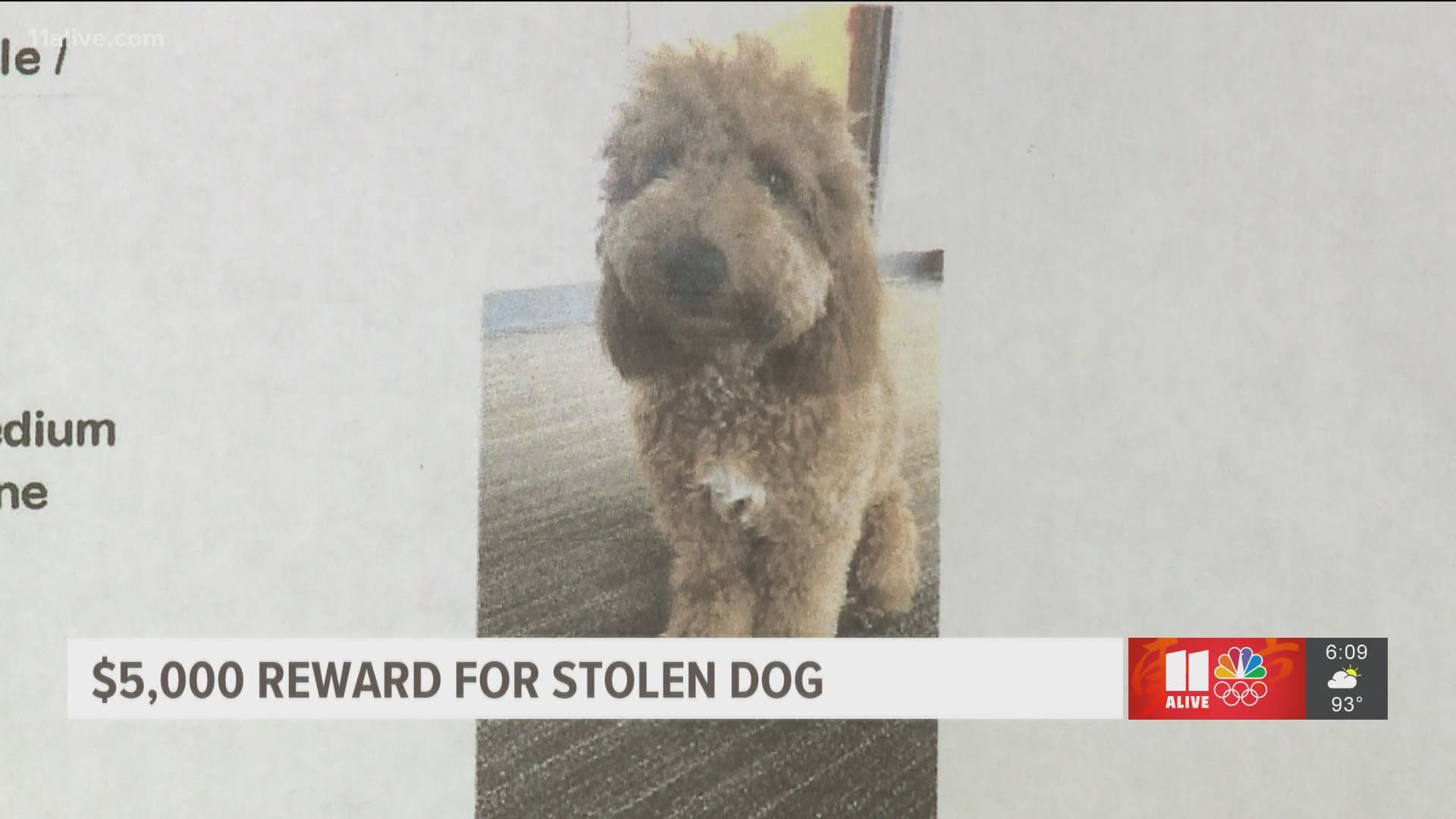 ATLANTA — On Friday afternoon, a man's Range Rover was stolen from the Whole Foods Market parking lot in Buckhead. But it's who was inside that the owner wants back.

Jared Mula told police that his dog, a miniature goldendoodle, was inside the vehicle during the time of the theft.

He told police that he left the vehicle running for a short time to provide air conditioning for the dog. He said that he took his car keys with him, but the suspect was still able to gain entry and drive away.

A post on social media has been shared thousands of times from Mula, offering a $5,000 reward for his dog, Juju.

He said Saturday on Facebook that the car was found in near a South DeKalb towing yard in good condition with no suspects and no dog.

"We will be placing fliers around that area as well as other areas. Being neutered means Juju won’t be used to breed more dogs for money so his value is now just a cute house dog," Mula said in the post.

He said the reward will be paid with no questions asked.

Investigators are working to determine the circumstances surrounding the incident.