Authorities are asking anyone with information to call Crime Stoppers. 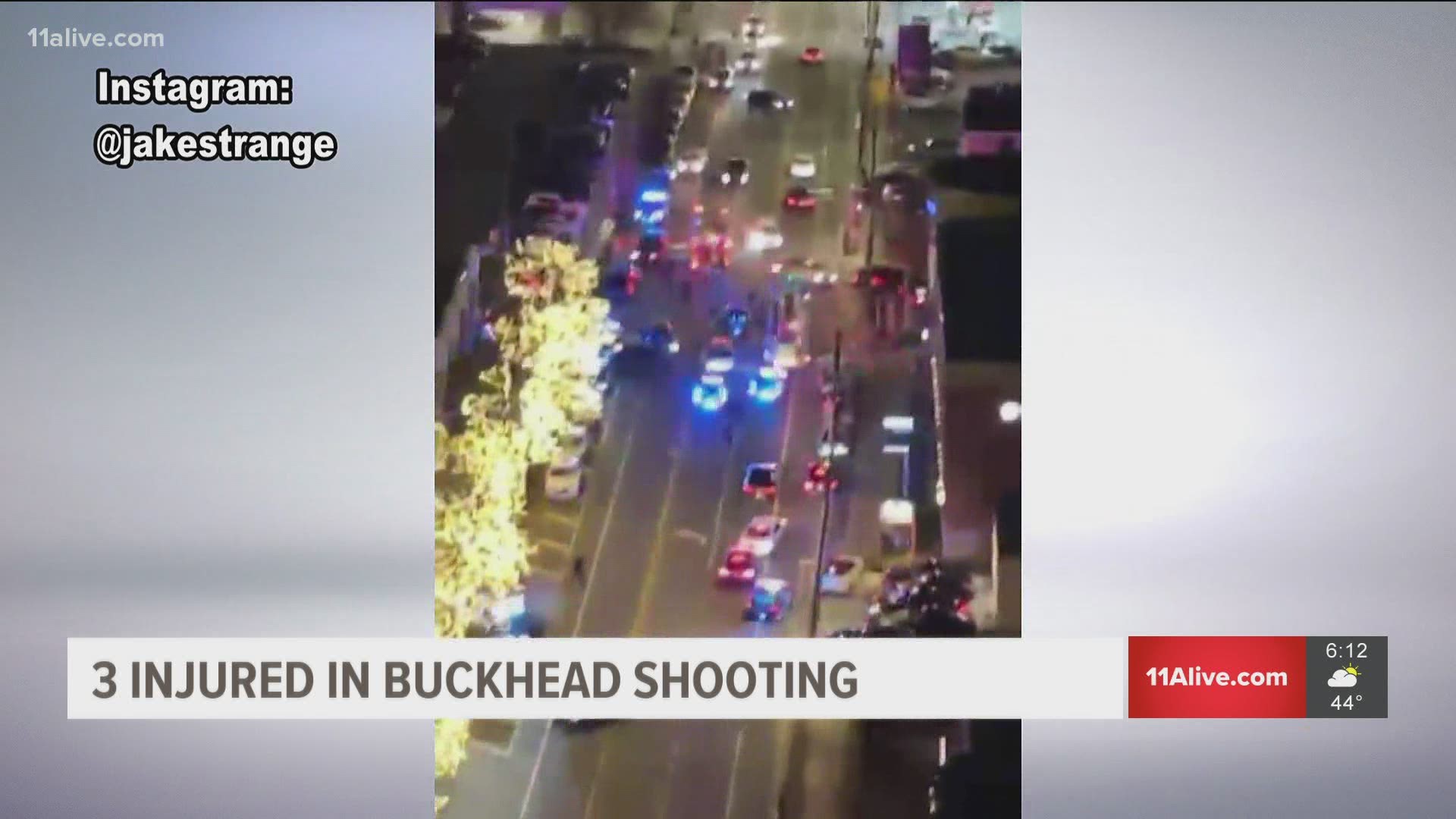 ATLANTA — Police have released photos of three men they are calling suspects in a shooting that injured two men and a woman outside a Buckhead lounge on Jan. 3.

Atlanta Police said the shooting happened around 2 a.m. at 262 Pharr Road NE, an address listed at Blue Restaurant and Lounge in Buckhead Village. When police arrived, they found the three victims with multiple gunshot wounds.

Based on what they were able to uncover at the time, police believe the victims were shot by a male suspect who opened fire from the passenger side of a white four-door sedan. The vehicle then escaped down Pharr Road.

They're asking anyone who recognizes the suspects or the vehicle to contact Crime Stoppers at 404-577-8477. Tipsters don't have to provide their names or any other identifiable information to be eligible for a reward of up to $5,000 for the arrest and indictment of the suspects.

1 / 3
Atlanta Police Department
Police are searching for three men they believe were tied to a Buckhead Village shooting on Jan. 3.

The violence is just one of many cases tied to Atlanta's club and bar scene in recent months.

On Thursday night, a man was pronounced dead at the scene after a shooting outside Encore Hookah Bar & Bistro at 320 Luckie Street.

More recently, seven people were stabbed at Repulic Lounge when a brawl broke out in the club.  The shooting outside Blue Restaurant and Lounge occurred in the days that followed.

Mayor Keisha Lance Bottoms attributes the increase in violence to outsiders from other states coming to Georgia due to its relative open status amid the COVID pandemic.

"When the nightclubs are closed in Chicago, people are coming to Atlanta to party," Mayor Keisha Lance Bottoms said during a recent public safety meeting.

The mayor's response to this and record homicide numbers in 2020 has included the creation of the "One Atlanta: One APD Immediate Action Plan" which hopes to address the crime itself as well as "systemic issues that lead to violence."