Customers found the camera in a vent and told management 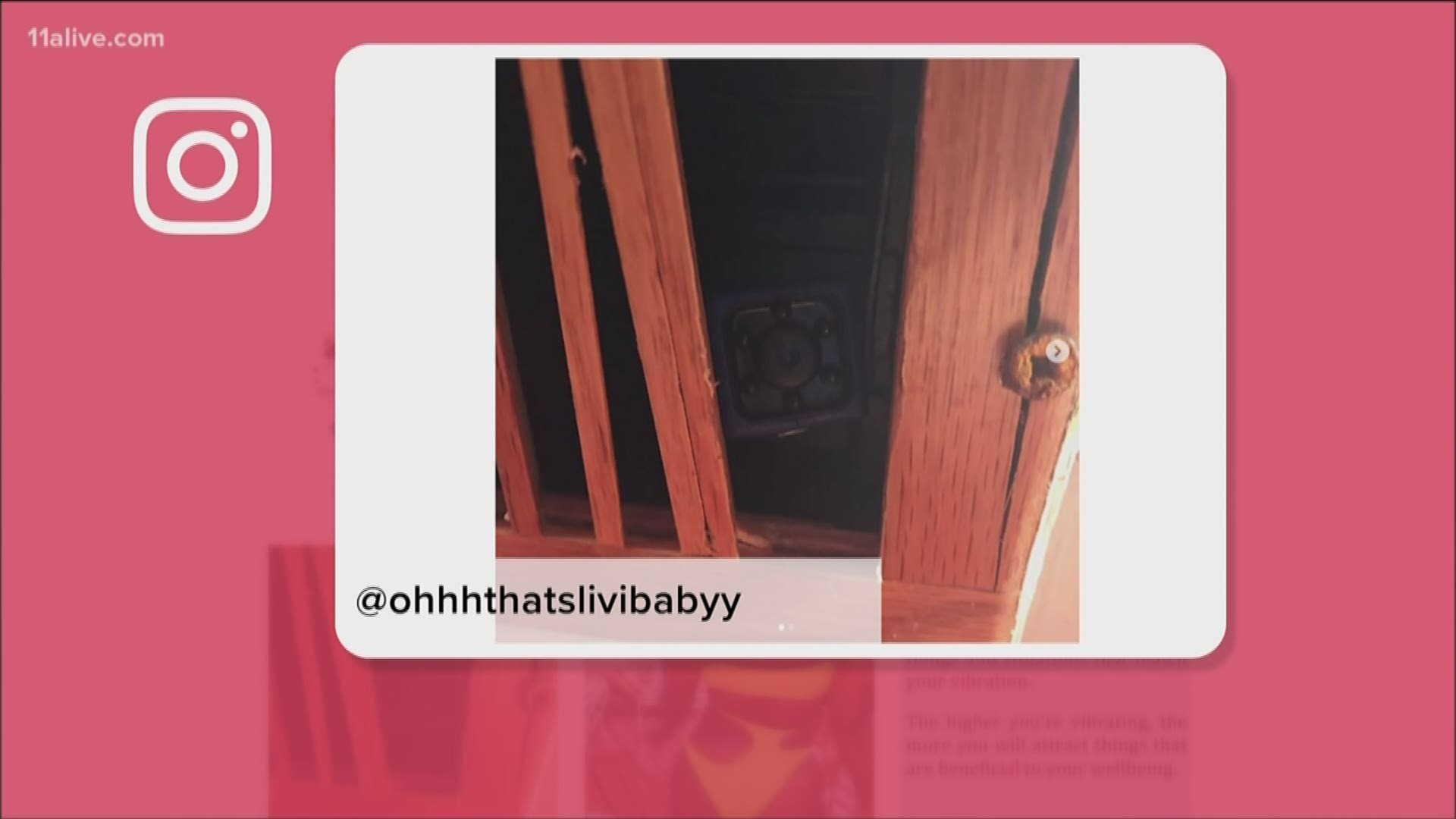 ATLANTA — Police say they have confiscated a camera found in a restroom at a taco restaurant in Buckhead.

Atlanta Police said they were called to Red Pepper Taqueria on Piedmont Road around 10 p.m. on Wednesday. Police said two customers spotted the camera and brought it up to managers, who then called them.

The customers told the restaurant that they were in the unisex restroom and spotted the camera in a ceiling vent. A responding officer checked the camera and found it was not powered on.

An investigator has since been notified to look into how the camera got there and who may be responsible for putting it in the restaurant restroom.

The restaurant posted a lengthy response on Instagram, reassuring the camera was not property of the business and that they were taking what happened seriously.

Read the full statement below:

"In response to misinformation that is being circulated on social media, Red Pepper Taquería releases the following facts about an incident that occurred ‪Wednesday evening‬ at our Buckhead location.

A male patron discovered a camera in one of our two unisex restrooms. The male gave the camera to a female who then alerted management.
The Atlanta Police Department was called immediately by the restaurant manager when the camera was brought to management’s attention. APD checked the camera, which they discovered had no SIM card in it, checked both restrooms and questioned the accusers - - a woman and a man. The man refused to give his information to the APD.

The camera in question is NOT the property of ‪Red Pepper Taquería.‬ It was brought in to the restaurant and restroom by a guest.

We value all of our guests and appreciate their patronage. Several accusations are being shared and the purpose of this statement is to present the facts.

We are taking this unfortunate incident seriously as our goal is to provide an exceptional experience when visiting any of our locations. Thank you to those loyal and regular guests who support our restaurants and know that our team is working diligently to investigate.

The report will be available through the APD in five days."

2 dead after possible electrocution while working on house: Police