This is the second time gunfire has been reported inside the Neiman Marcus store and is just the latest example of similar violence at the mall in recent months. 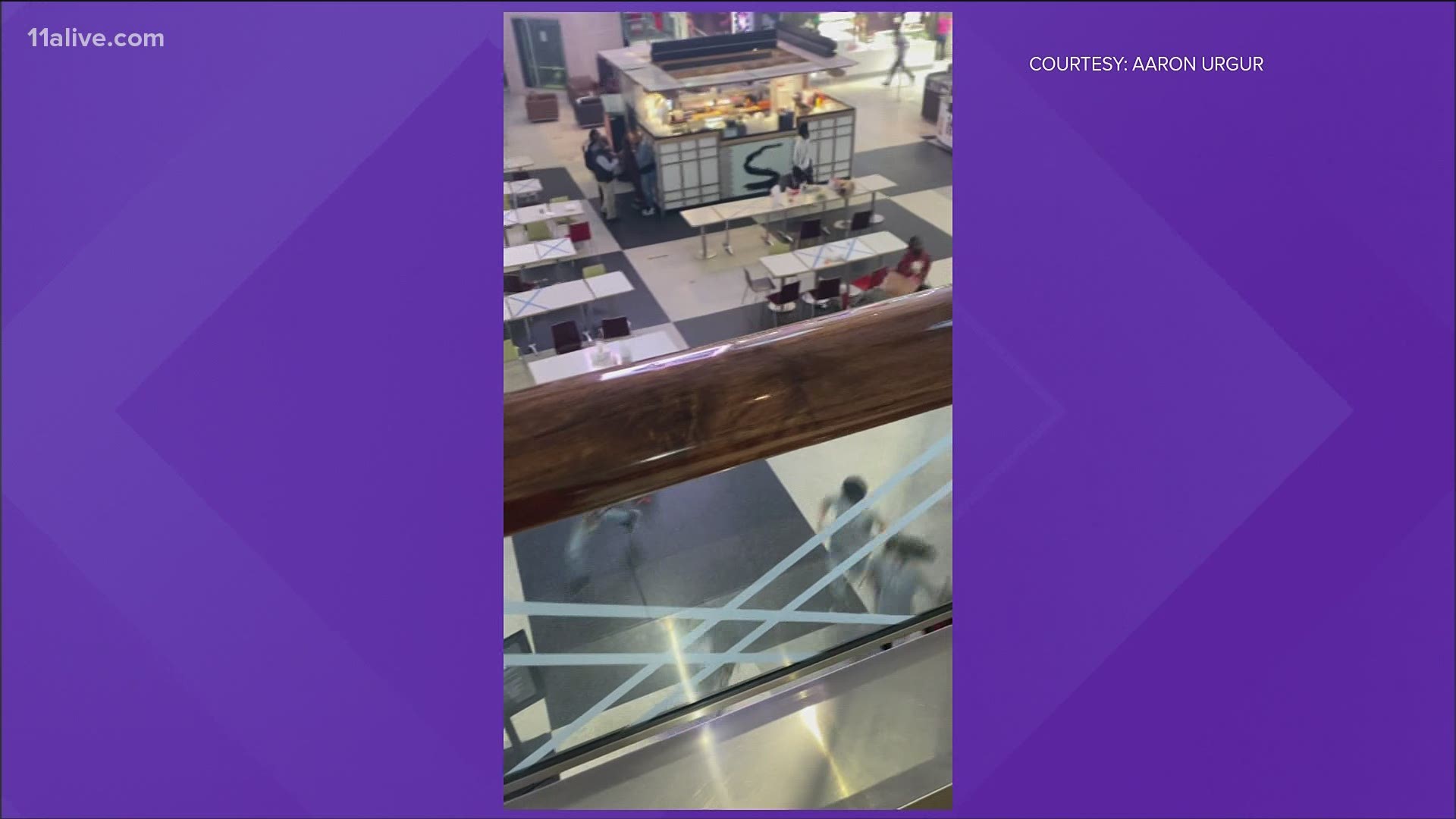 ATLANTA — The investigation into violence inside one of Atlanta's busiest shopping malls has taken an unusual turn, Atlanta Police said on Saturday.

A department spokesperson confirmed to 11Alive that officers were dispatched to 3393 Peachtree Road, Lenox Square Mall, around 6 p.m. to reports of shots fired.

Police arrived and learned from witnesses that shots were allegedly heard inside the Neiman Marcus store.

Based on their preliminary investigation, police believe the gunfire followed a dispute between two people.

However, in a later update, police said new information uncovered that the gunfire was the result of a person walking through the store and adjusting his pants when the firearm he had in his waistband went off.

"It appears the shot was accidental and no one was injured by the bullet," a police spokesperson said.

Following the accidental discharge, police have continued their search for the gun owner and are also urging caution among those carrying weapons in public places.

"We urge gun owners to be responsible and we would recommend they leave their firearms at home while they are out shopping in public areas," the department said in a statement. "Instances like this are unacceptable and we expect more from those who choose to carry firearms."

While accidental, the gunfire is just the latest example in or around popular Buckhead mall. Police previously reported someone shot inside the mall in mid-November.

And the Neiman Marcus store itself has also been the scene of previous violence in mid-October. In this case, the shots were fired by a man who alleged he was being robbed by four other men.