Police are looking for two young men believed to be behind the violent holiday weekend attack. 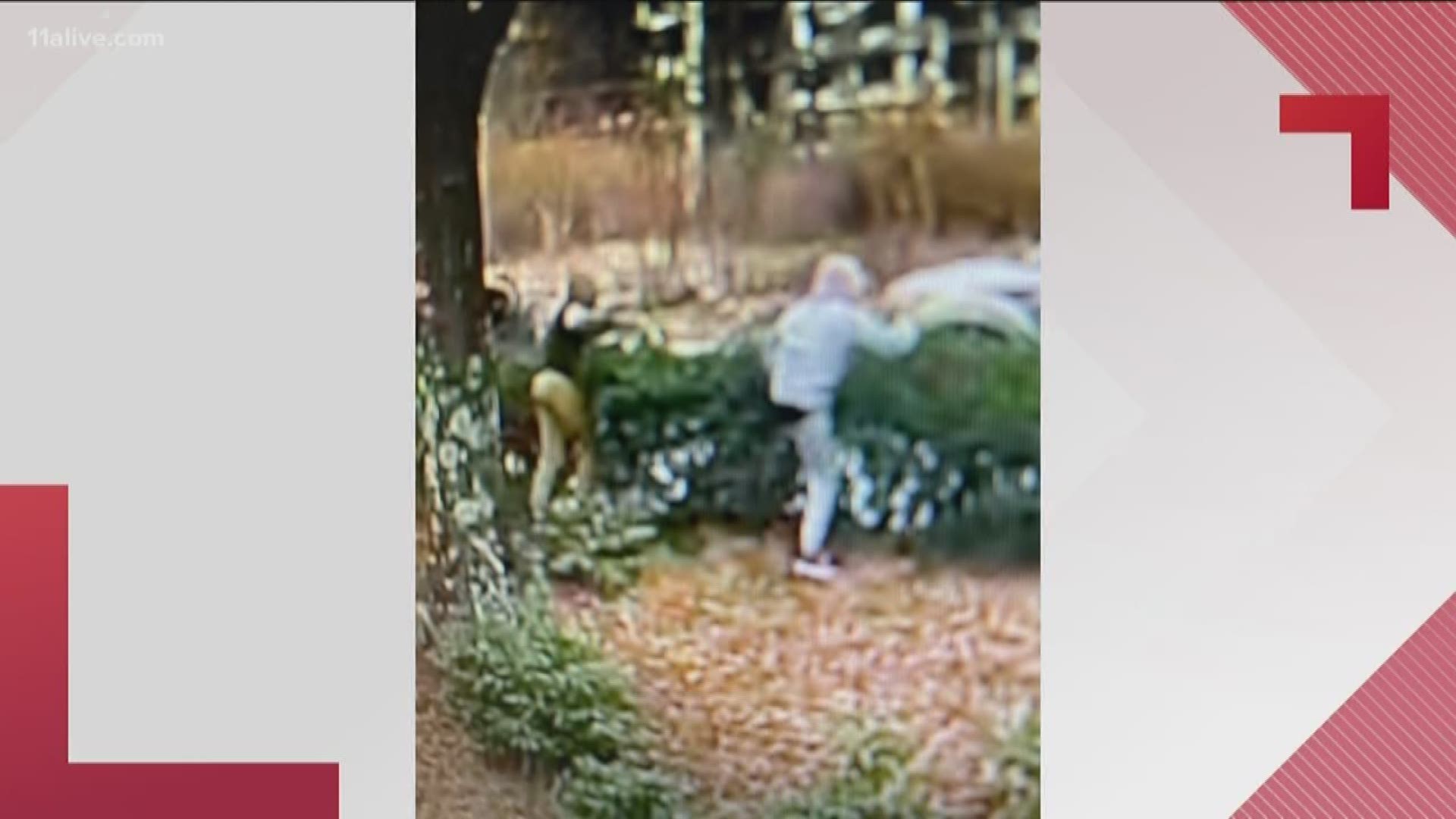 Police have released new photos in their search for two suspects who opened fire on and injured a department store worker at one of Atlanta's busiest malls.

Atlanta Police released security stills on Saturday afternoon of two suspects, one wearing a cream, black and yellow hoodie and another wearing a light blue one.  Both are between 5 feet 5 inches and 5 feet 10 inches tall and are believed to be young, though police don't have an exact age.

Both were seen running toward Lenox Road from Lenox Square Mall - possibly to a nearby MARTA train station - after the shooting in a parking garage.

Police said that, around noon, mall security was flagged down in the parking deck by a Macy's employee who said she had just been robbed and shot.

Officers spoke to the victim, a woman who they haven't publicly identified, who had been shot in the stomach. She said that while walking to her vehicle, she was approached by two young men who were armed with a handgun. The men attempted to take her belongings, her keys, and her vehicle - shooting her at some point during the confrontation.

The victim was taken to Grady Memorial Hospital was described as "alert, conscious and breathing" at the time. The woman has since been released police said in a later update.

A police spokesperson said the department is additionally concerned at how the violent robbery attempt happened in broad daylight at the height of holiday shopping when both Atlanta Police and mall security were on high alert around the location.

The department, in a statement, called the attack a "brazen criminal act" adding that it "will be dealt with swiftly."

Investigators are hoping releasing the suspects' photos will help them make an arrest. Anyone with information on the shooting or the suspects should call Atlanta Police or Crime Stoppers with further information.