The assault Tuesday afternoon is again focusing attention on issues of security and safety at one of Metro Atlanta’s most popular shopping malls. 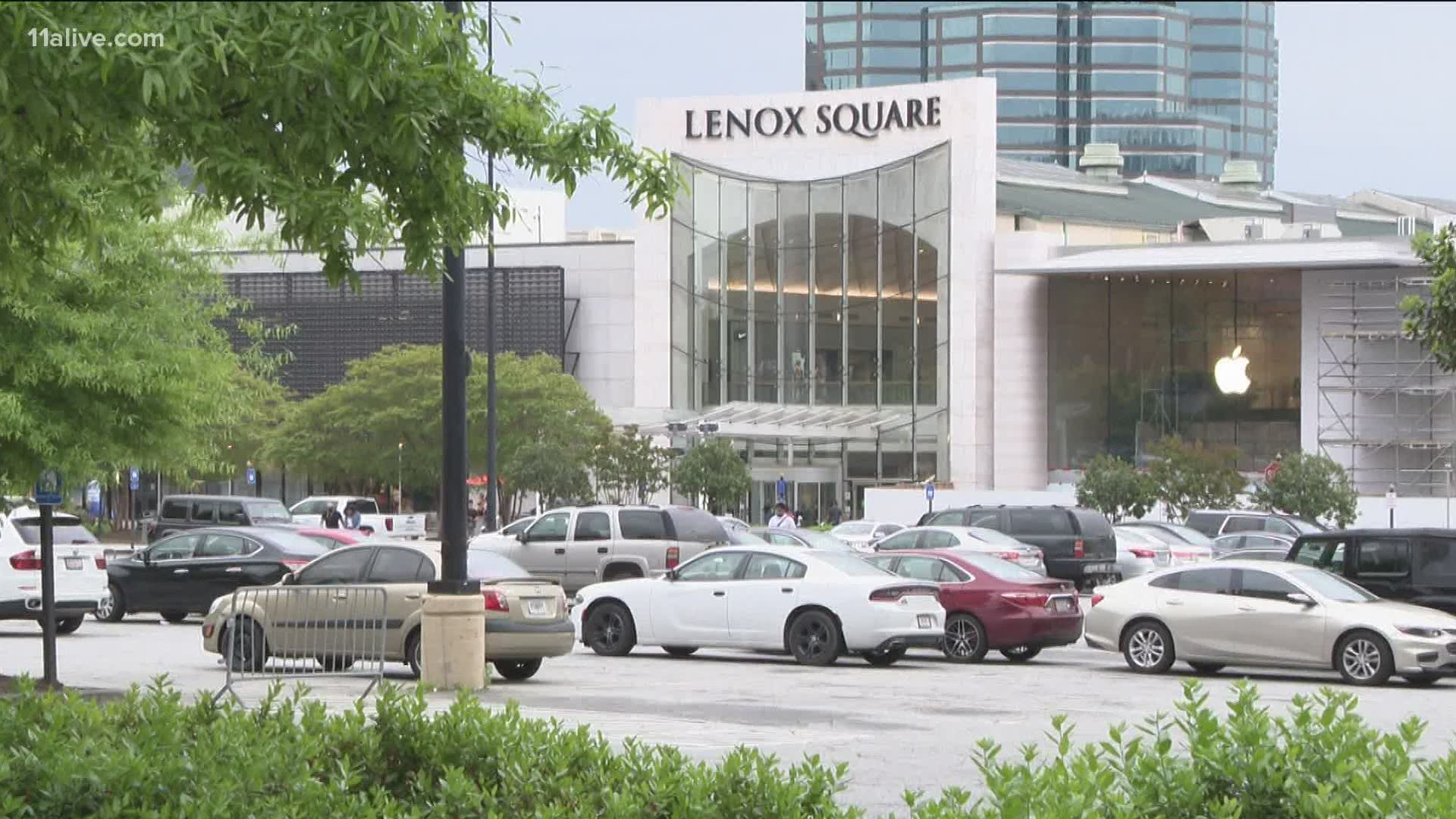 ATLANTA — Atlanta Police are looking for a gunman who they said attacked a woman next to her car in a parking deck at Lenox Square Tuesday afternoon.

According to her account in the Atlanta police incident report, the man held the gun to her head and knocked her to the pavement in order to steal her purse.

The assault is only the latest in a series of crimes at the popular mall in Buckhead, in northeast Atlanta, that has prompted the mall to increase security.

Police said the woman was attacked in the parking deck that is adjacent to Neiman Marcus, at about 4:30 p.m. Tuesday. And even though Lenox Square has installed hundreds of security cameras to try to fight crime, the police report said  not one camera recorded the attack, so detectives have no video of the two men who attacked the woman.

“I’m shocked that they don’t,” said one of the witnesses, James Glass, “because now they have cameras everywhere. I’m disappointed.”

Glass had just parked his car in the top level of the deck and was entering Neiman Marcus, and suddenly, “I heard a loud scream.”

Glass ran to help the screaming woman, and saw the gunman jump into a getaway car with another man, and speed away.

Glass said when he reached the woman -- who turns 60 years old this year, according to the Atlanta police report -- she was distraught and frightened, and he tried to offer her comfort as he was calling 911 for her.

Atlanta police wrote in their incident report that the woman told them “that at first she would not give (the gunman) her purse and a physical struggle for the purse ensued. At this time she states that he then threw her down to the ground causing scrapes and scratches to her right wrist. The suspect then pointed a gun at her head and this is when she says she let him have the purse.”

She told police her purse contained her drivers license, other IDs, credit cards, and cash.

Although cameras at the mall didn't capture the attack, police said a license plate reader did spot the getaway car driving away, but, as of Wednesday night, the suspects had not been captured. Police said that an earlier report that two persons-of-interest were taken into custody on Wednesday was not correct.

In December, Lenox Square announced increased security there, including metal detectors, K-9s trained to detect weapons, more than two dozen off-duty Atlanta Police officers and private security officers patrolling the property, more than 200 security cameras, plus license plate readers. The move came after months of violent assaults, shootings and other crimes inside and outside of the mall.

"Lenox Square is one of the most surveilled environments in Atlanta,” a mall spokesperson said in a statement, then, “and has 18 times more security personnel by square acre than the city of Atlanta.”

Glass said he never saw any security officers or police officers until after he called 911 for the woman.

“They should have (more) security guards patrolling the parking areas” as well as the interiors of the mall, Glass said.

Police are looking for a blue Hyundai Sonata with an Alabama tag 1DN9648.

They haven’t released descriptions of the two men, yet, except that one of them might have been about 6-foot-3, and—so far—they still have no video of either of them.

“She came to Lenox Square to do shopping,” Glass said. “She had no idea when she woke up that she was going to get robbed with some type of assault weapon flashed in front of her face. It could have been my sister, my niece, it could have been me.”

Police are asking anyone who can help identify the suspects to call 911.