Officials with Lenox Square are adding new methods to their security protocol, which they taught as already being among the strongest in Atlanta. 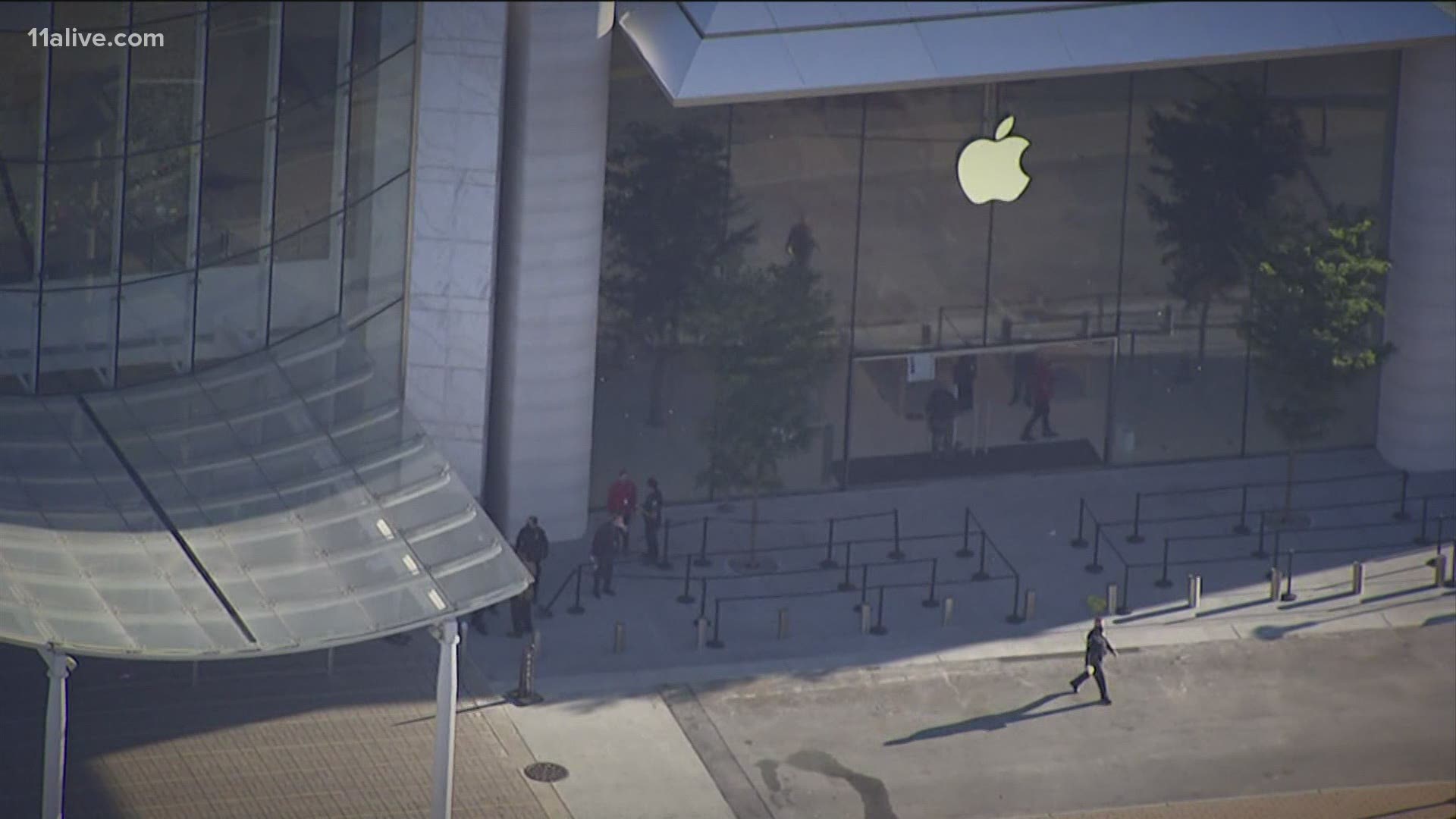 ATLANTA — One of Atlanta's busiest malls will be adding metal detectors to a growing list of safety precautions in the face of multiple shootings, or reports of shots fired inside or nearby, in the last year.

Lenox Square shared a statement with 11Alive on Monday that listed existing security measures, new ones and those soon to be added, to help crack down on crime at the longtime shopping hub.

"We are committed to the safety of our employees, shoppers and retailers and invest millions of dollars to support the largest private security program in Buckhead," the mall said in a statement, adding that it is working closely with several community organizations and Atlanta Police.

The mall points to continuous monitoring by more than a dozen off-duty Atlanta Police officers and more than 10 private security officers.

"Lenox Square is one of the most surveilled environments in Atlanta and has 18 times more security personnel by square acre than the city of Atlanta," the mall's statement said.

Yet, that hasn't stopped incidents of gun violence in recent months. The latest happened on Dec. 5 when gunfire erupted in Neiman Marcus for the second time this year.

This time, the incident was believed to be an accidental discharge caused by the suspect adjusting his pants. However, the previous incident on Oct. 16 was said to be a robbery in which the victim, who himself had an outstanding warrant, opened fire on suspected robbers.

And, more recently than that incident, a person was shot in a newly-opened store at the mall on Nov. 20.

So, officials with Lenox Square are adding new methods to their security protocol. In addition to linking their more than 200 security cameras and adding license plate readers at vehicle entrance points, the mall said it has recently added K-9 patrols trained to detect firearms.

Perhaps the most talked-about additions, however, are metal detectors designed to check for firearms.

"Individuals flagged by the K-9 unit or the metal detection system will be approached by APD and directed to immediately leave the property if they are found to be carrying a firearm," the mall statement said.

And, finally, the mall pointed to an "Operations Intelligence Center" staffed with 120 trained specialists who are tasked with monitoring closed-circuit surveillance video in real-time.

While the mall reports it will be upping its own security plans, it is also putting out a call to the Buckhead community at large to take control of the recent rise in crime.

"We, along with other community leaders, are working on a collaborative plan that will tap public and private support and leverage heightened public sector police activity," the Lenox Mall note concluded. "Enhanced deterrent and enforcement measures will be put in place to prevent crime, hold criminals responsible and restore public confidence that Buckhead is safe to visit and enjoy."