Family said they're hoping for a best-case scenario but added that Jordan Sloan is currently in critical condition. 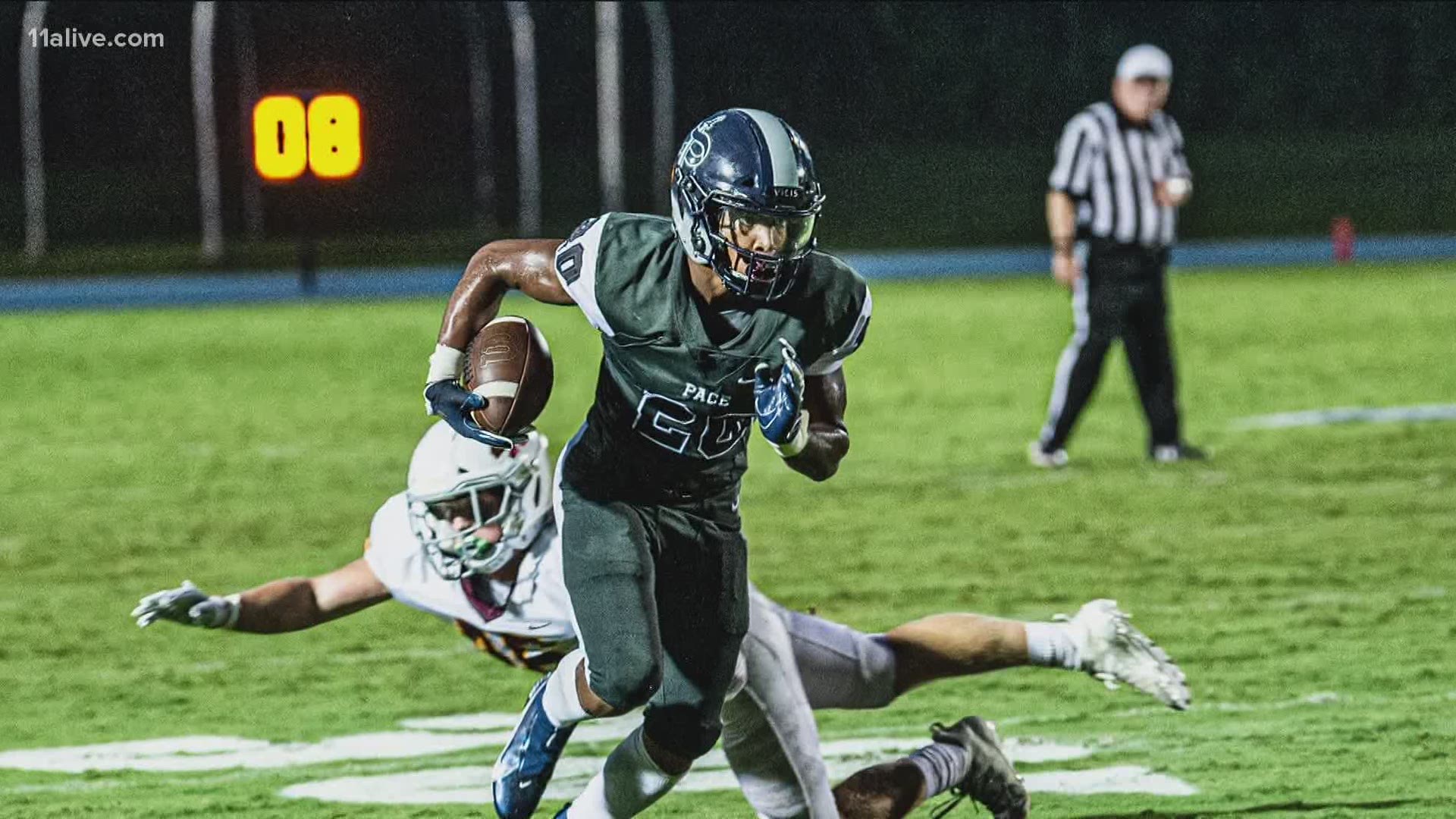 ATLANTA — A sophomore football player is in critical condition after suffering a brain injury in a varsity football game in Buckhead.

On Friday, 15-year-old Jordan Sloan suited up to play wide receiver for the Pace football team.  It was Homecoming night. Pace Academy was facing off against Westminster.

Wearing the number 20, Sloan played late into the third quarter until a traumatic brain injury took him out of the game. He was rushed to Children's Hospital of Atlanta where he underwent brain surgery.

Now his mother, brother, and sister, along with the Pace community, are praying for the best-case scenario.

On Sunday night, students returned to Pace for a prayer vigil. They shared pictures on social media with the hashtag #staystrongsloan.

Pace Academy shared this in a statement:

"We are grateful for the overwhelming show of love and concern for Jordan, his family and the Pace community.  As a school, our focus is on supporting Jordan and his family and caring for our students, faculty and staff. We ask that you continue to offer prayers for healing and recovery."

A spokesperson for Sloan's family said he has played football since the third grade, and always hoped to play one day at the University of Miami. A GoFundMe page has been established to help his family.

You are in our thoughts and prayers at all times, Jordan, in hopes of a full recovery. #UnitedAsOne #JS20 pic.twitter.com/Dv9RTbuHC1