Punched in face and thrown from car, another victim of serial robber describes attack

'He climbed in the car, shut the door, and I just knew, oh my God,' said the victim. 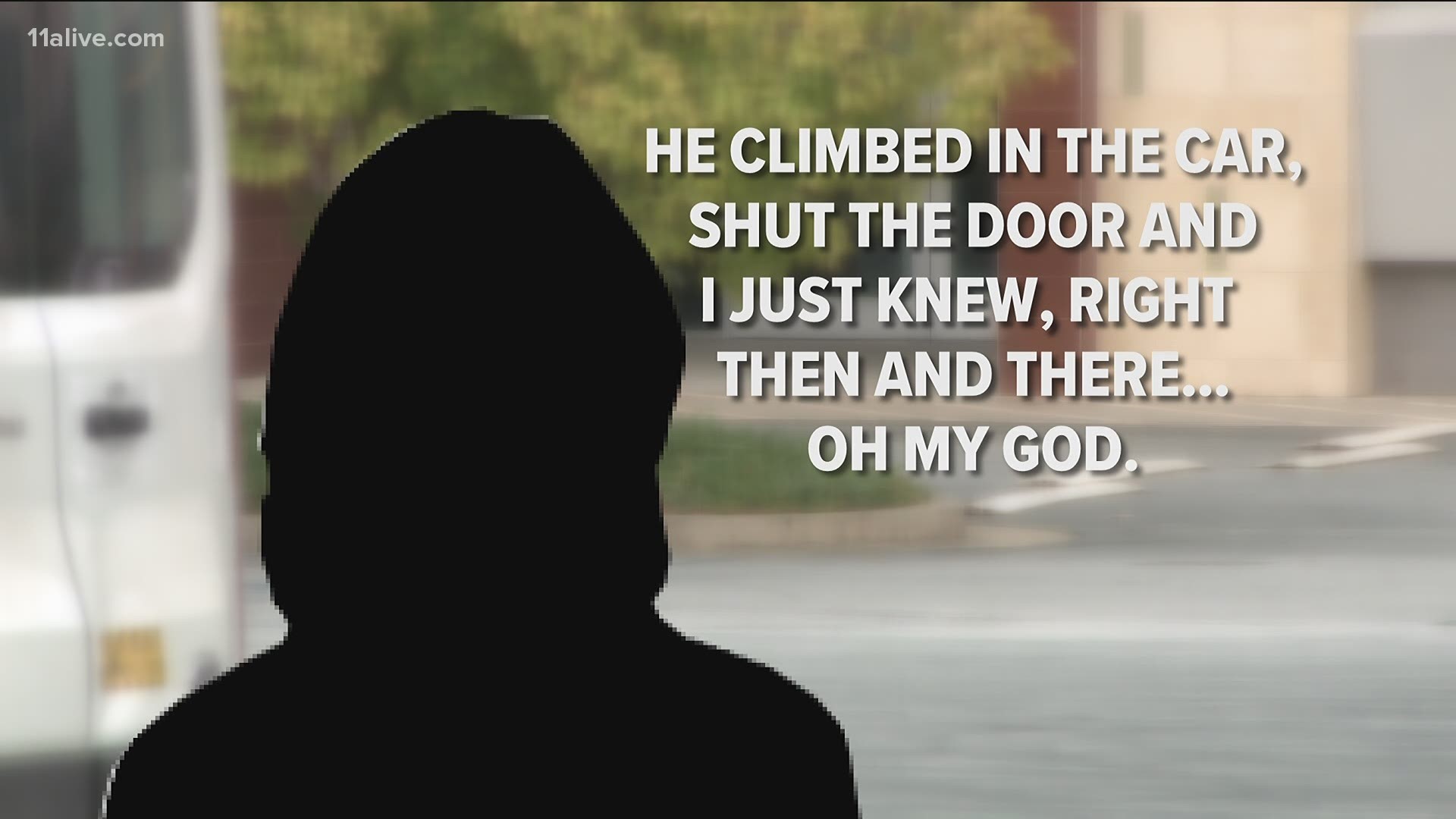 ATLANTA — Another victim of a serial robber and kidnapper described a back-and-forth struggle before being punched and dragged from her car.

Atlanta Police are investigating at least four incidents that they believe involve the same man, starting at the end of September.

11Alive spoke to a woman who was carjacked on Oct. 9, just after 4 p.m., outside the Dump, a furniture store in Buckhead,.

The victim, who asked to remain anonymous, was sitting in her car near the entrance after loading a rug. A man opened the back door, asking if she and her mom were picking up furniture.

RELATED: 'He leaned over and grabbed me' | Driver shares details of kidnapping where man forced her to go to ATM

The victim said no, apologized and then things took a turn.

“He climbed in the car, shut the door, and I just knew, oh my God,” said the victim.

The attacker screamed for her to drive off, threatening to kill her. But the victim fought back, mainly concerned over her passenger, her 76-year-old mother.

“My voice was shaky and I was like, ‘This is my mother’ and I’m like, ‘Get out of my car!” she recalled. “Then he grabs me, starts pulling me over the center console, my mom starts hitting him on the back to let me go.”

The victim yelled for her mother to run inside the store as a struggle continued until the attacker hit her.

“He just throws a right hook into my left eye, just goes boom,” she said.

The victim was pulled from the car as the attacker drove off. Her car was eventually found days later at the Summit Condos in Sandy Springs. Police also said the man attacked a driver at the condos and forced that victim to drive him to an ATM.

In total, at least four robberies, kidnappings, and carjackings are linked to this man, with three women being forced to drive him to an ATM.

The victim 11Alive spoke to considers herself lucky because she was thrown from the car.

“I cannot imagine how these women feel about complying and having to drive to these ATM machines," she said. "To be driving around and be scared to death for minutes upon minutes.”

She called her attacker violent with no regard for others.

“You climbed into my car, threatened my mother and I," she said. "Told us you were going to kill us because we didn’t let you have our car, you decided to punch me in the face?”

It took almost two weeks for the victim to locate her car at a tow yard, replace her credit cards, and retrieve her license. She said items were found in her car that could belong to the attacker and she plans to deliver them to the police.

A Crimestoppers reward of $2,000 is being offered for information leading to his arrest. Atlanta police tell us this is urgent, and they want him off the street before he strikes again.