One person also received minor burns in the fire according to a department spokesperson. 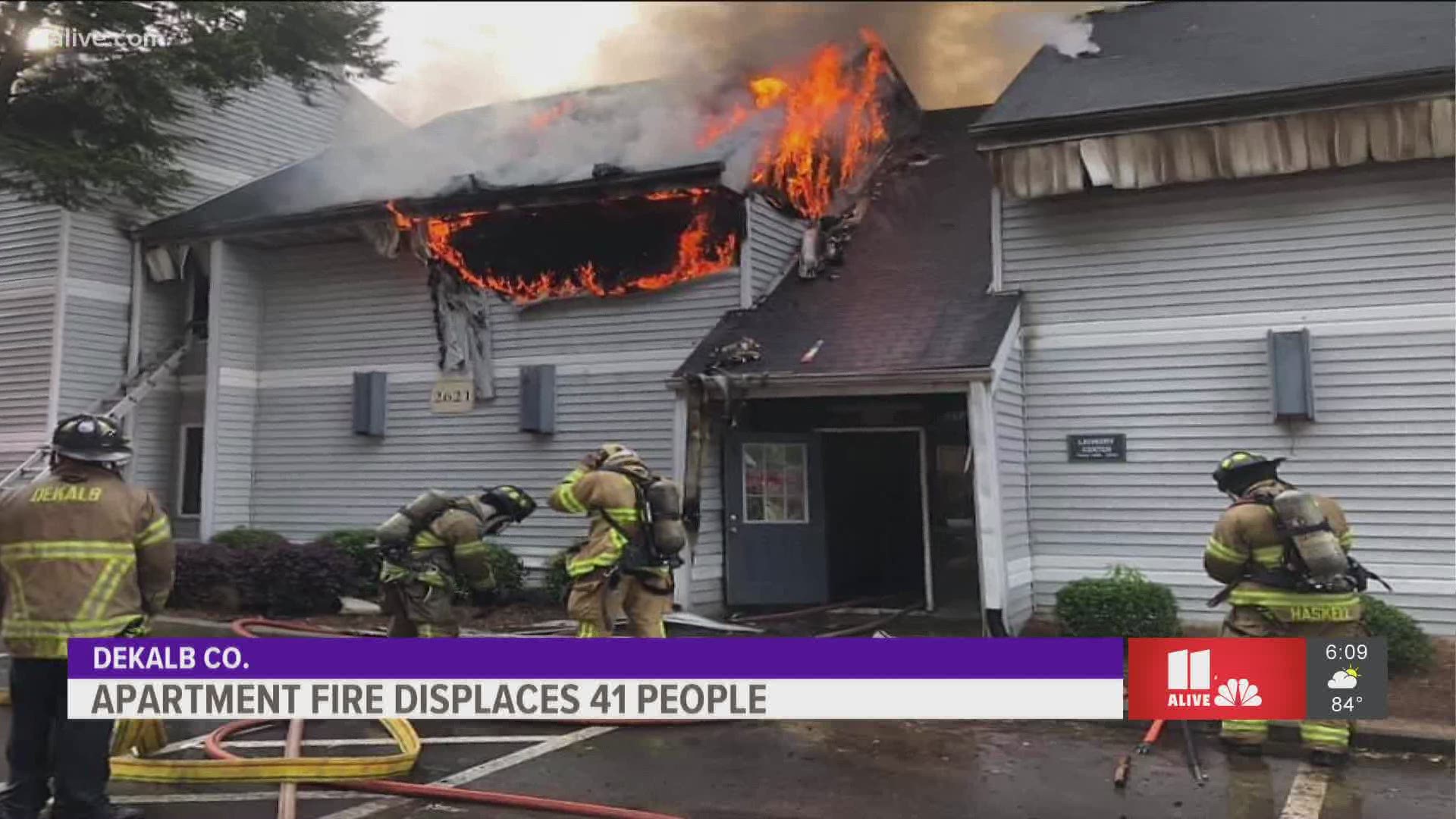 CHAMBLEE, Ga. — A major area highway was shut down on Sunday morning as DeKalb firefighters tackled an apartment fire that ultimately sent two of their own to the hospital for evaluation.

Fire crews responded around 8:10 a.m. to Oak Shadow Lane just off of Buford Highway to an apartment fire that was already billowing heavy smoke when they arrived.

One crew quickly searched the building for trapped residents as another set up command and still others brought water lines to the burning apartment. Several companies ultimately coordinated their efforts to fight the fire, which ultimately damaged six units before it was brought under control. Buford Highway was temporarily shut down as crews worked.

The fire also led to one person suffering minor burns and two firefighters being taken to Grady Memorial Hospital for evaluation due to heat exhaustion.

According to the American Red Cross, 41 people in eight units at the apartment complex were in need of their aid following the fire.

The cause is still under investigation.