In two separate recordings supplied with the lawsuit, one person, reported to be Hamby, can be heard in profanity-laced telephone conversations referring to "deadbeat n*****s." 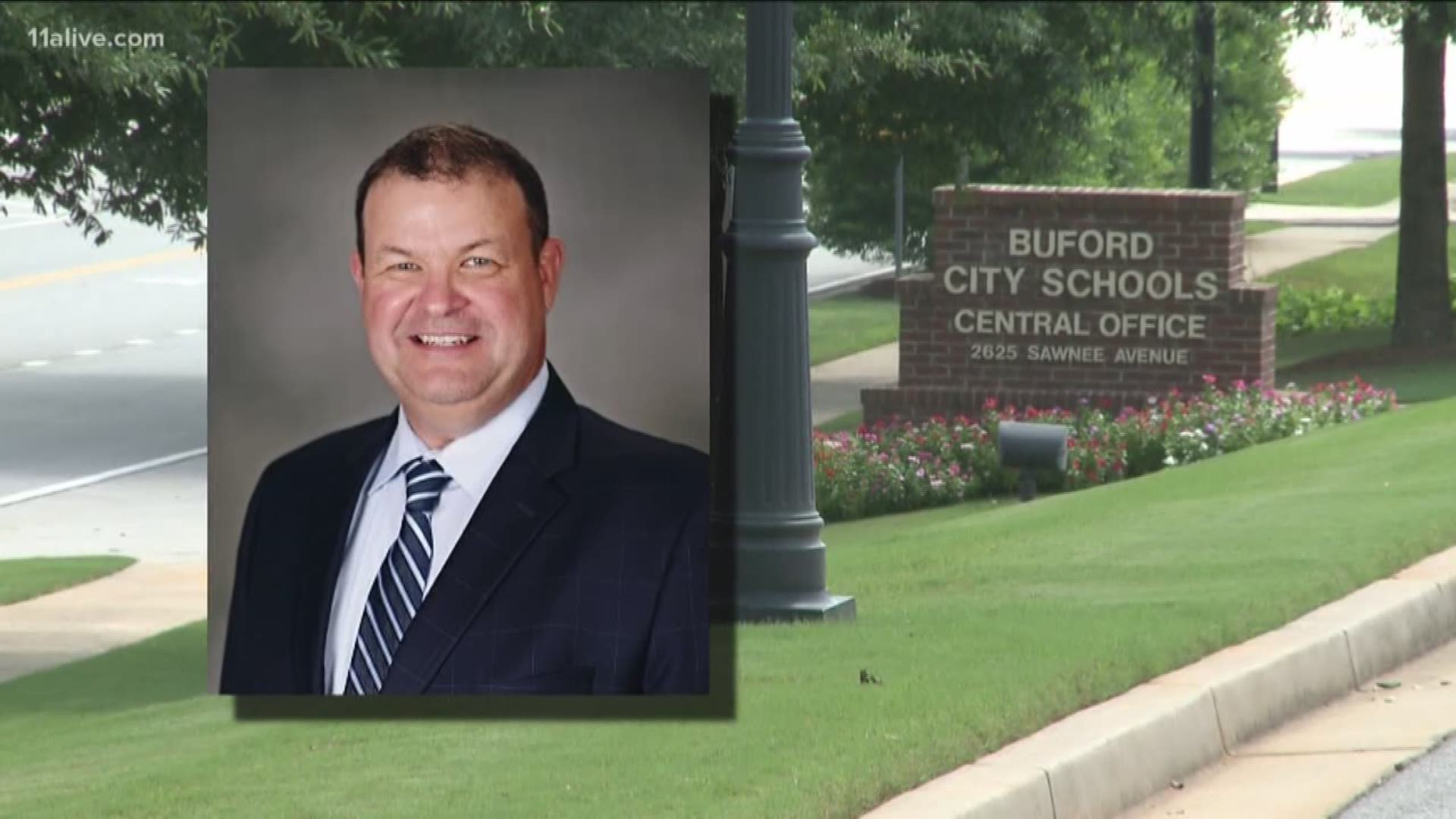 ATLANTA -- A federal racial discrimination lawsuit has been filed in US District Court in Atlanta that says Buford City Schools Superintendent Geye Hamby has openly referred to blacks using the 'n-word.'

When the suit's defendant, Mary Ingram, a paraprofessional with the district, questioned this issue and other alleged discriminatory practices by the district, she says she was terminated without cause.

In two separate recordings supplied with the lawsuit, one person, reported to be Hamby, can be heard in profanity-laced telephone conversations referring to "deadbeat n*****s" in relation to what sounds like a construction or repair job.

In the conversation, Hamby says he is frustrated with the black workers at the job site and says he will shoot or kill them.

Buckley said the recordings were sent to Ingram anonymously. He said that they want to find the person who recorded the audio and speak with them directly.

At a news conference on Wednesday, 11Alive's Joe Henke asked Ingram if she thought Hamby had used that sort of language previously, given that the person who recorded Hamby took the time to do so.

"Oh, I'm sure -- and a lot of people have talked about when he talked to them, he talked to them so disrespectful," she said. "And not just blacks; blacks, whites; just -- people. With that authority; that voice that he would use."

Ingram says that after she expressed concerns about other issues to Hamby and to Buford Academy principal Kaleen Pulley, she was asked to come to a meeting before the two and told that he felt it would be a conflict of interest for her to express community concerns at the school board or city council meetings.

Pulley and Hamby said they wanted Ingram to inform them in advance of the contents of any comments she would be presenting at any school board or city council meetings. Ingram refused, saying it would infringe on her Constitutional rights.

Ingram was later fired by Pulley, who said she was "perceived as being disrespectful, argumentative and unfriendly and not a good fit in a school environment."

Prior to her federal discrimination suit, Ingram pointed out that she was not singled out by Pulley or Hamby until she started attending school board or city council meetings.

"Attending the school board meetings is my legal right as a citizen of the City of Buford. I am concerned this is a direct retaliation against me because of our conversation on November 4, 2014, when I refused your request for me to tell you what questions I would raise or statements I would make at the City of Buford Council Board and Buford Board of Education meetings," Ingram said.

She continued saying, "During this meet, you asked that in the future I run by you what I was going to say prior to me attending each meeting. I told you that would infringe on my Constitutional Rights."

"Recently, I have asked for sidewalks in my neighborhood, and I also asked for the Gold color to be more represented in our school colors in the City of Buford Council Board and Buford Board of Education meetings. At this point, I feel that every time I speak up for things concerning my community, my job is threatened," Ingram said.

She said she would not stop attending the meetings and would not allow herself to be threatened or harassed.

"I will continue to be professional and courteous to all that I encounter," Ingram said.

In their legal response to the lawsuit, attorneys for Hamby categorically deny any connection to the audio recordings released with the federal lawsuit.

In addition, lawyers for Hamby and Pulley said they completely deny any retaliatory motivation behind their actions and insist that their reasons for terminating Ingram were justified and totally unrelated to her attendance at city council and school board meetings.

11Alive asked for comments from the attorney representing Buford City Schools Board of Education, but have not got one.